Home F365 Features If Mbappe is the new Ronaldo, who’s the new Messi? 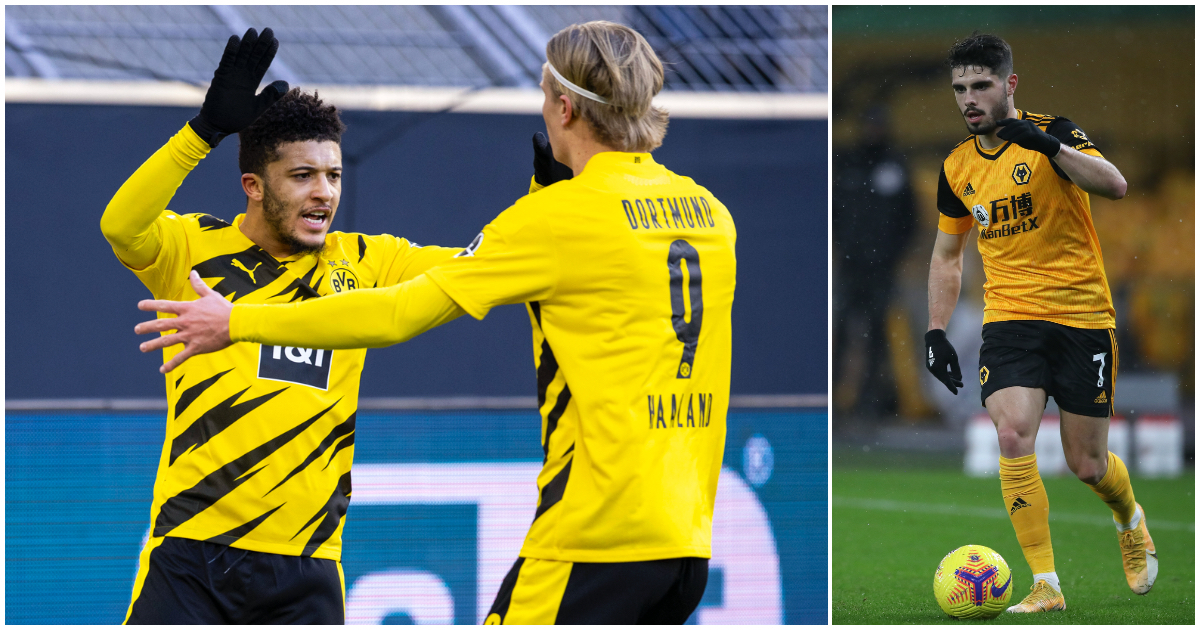 Assuming Kylian Mbappe is the new Cristiano Ronaldo, who is the new Lionel Messi?

869 days separate the two iconic footballers of the modern era, or two years, four months, two weeks and three days. Therefore, assuming the age gap between Mbappe and his great rival is the same, with the Frenchman born on December 20 1998 (for f***’s sake), it’s 20-year-old Serbian attacking midfielder Dejan Zukic of Vojvodina that will push him on to greater things and share the Ballon d’Or trophies of the coming years.

On the off-chance Zukic doesn’t live up to the potential such an obviously beneficial happenstance grants him, here are five others who could be the Messi to the new Ronaldo. Because we’re sticking loosely to the age gap rule for no particular reason, only 20-year-olds were considered.

He’s the one, isn’t he? Let’s be honest. Stop reading now if you want. 41 goals in 42 games for Dortmund is already Ronaldo/Messi levels of ridiculousness and they didn’t start banging in a goal a game until the 2007-08 and 2009-10 seasons respectively, at the ripe old age of 22.

He could well move this summer with Dortmund struggling financially, but the battle between presumably every big club in Europe to land a striker with the potential for ten-plus years at the top of his game for £68million when his release clause comes into effect in 2022, would be truly something to behold. He’s arguably more of a title-clinching signing than Mbappe.

FEATURE: Early winner: Kylian Mbappe and another step to greatness

96 goal contributions in 83 starts in the last three seasons is frankly ridiculous, including nine goals and 14 assists in 26 starts in this current ‘off the boil’ campaign of his. United are still very much in need of a right winger and reports suggest they will come back in for him with his price reduced to the level they haggled for last summer.

Jadon Sancho in the Bundesliga in 2021:

It wasn’t particularly clear what all the fuss was about when Kean was playing for Everton. Signed for £24million from Juventus, in what was considered to be a bit of a bargain for one of Serie A’s brightest young prospects, he scored just two goals in 29 appearances for the Toffees. But in truth, he wasn’t given much of a chance. Just six of those appearances were from the start and he only completed 90 minutes on one occasion.

For PSG he’s scored 14 goals in 20 starts. Could Mbappe’s rival be playing alongside him? That doesn’t seem fair.

Admittedly, the numbers aren’t up to scratch yet, but the Portuguese winger is wonderful to watch on the ball and you can’t help feeling he’s very close to becoming a lot more productive the more you watch him. Sound familiar?

In Ronaldo’s first season in the Premier League, he contributed four goals and four assists; Neto got three goals and three assists in his first. In his second, Ronaldo got five goals and four assists; with 14 games left to play in this – Neto’s second season – he already has five goals and three assists. By that logic, by 2023-24 Neto will be scoring roughly a goal a game and by 2026-27 he’ll be doing the same for Real Madrid. In reality, Wolves could struggle to keep him past the current campaign.

“I don’t want to weigh myself down with the pressure of replacing Cristiano Ronaldo,” Rodrygo said when he joined Real Madrid in the summer of 2019. A goal 93 seconds into his La Liga debut and a perfect hat-trick in his second Champions League game against Galatasaray suggested he was far from overawed by the task.

1 – Rodrygo Goes is the fastest player to score his first LaLiga goal for Real Madrid (93 seconds) since Ronaldo Nazário in 2002 (62). Impact. pic.twitter.com/EknwWdo0oi

But things haven’t gone quite as well since, with a mixture of injury and poor form meaning he’s started just 19 games, contributing two goals and eight assists. He’ll do very well to eclipse the other names on this list.