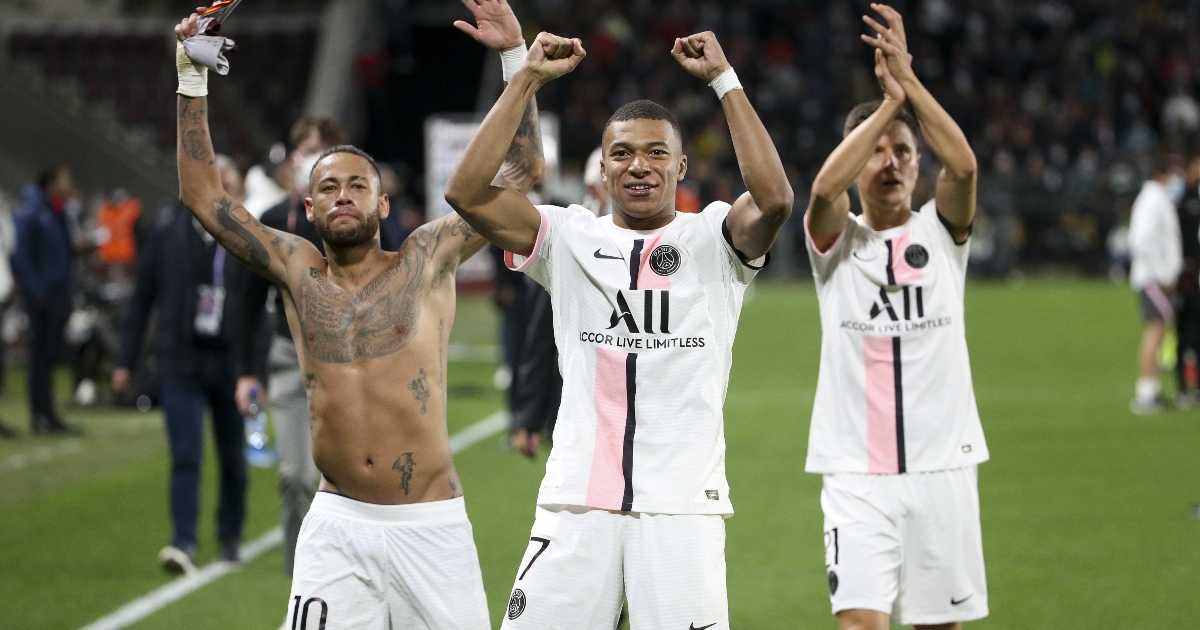 Paris Saint-Germain forward Kylian Mbappe has been told to be “more humble” by Metz manager Frederic Antonetti after an ill-tempered Ligue 1 clash.

Achraf Hakimi scored a brace in the match, with his winning goal coming in the 95th minute.

This came only a few days after PSG’s last win. They defeated Lyon 2-1 at the Parc des Princes thanks to a stoppage-time Mauro Icardi goal.

Wednesday’s match against Metz was a fierce encounter, and the last gasp winner certainly raised tensions on the pitch.

Metz goalkeeper Alexandre Oukidja was infuriated by the actions of the PSG squad as they celebrated the winning goal.

Antonetti was dismissed in injury time for disputing a second yellow card given to captain Dylan Bronn after he kicked the ball away in an attempt to waste time.

Ten minutes earlier, Metz players reacted angrily after Mbappe nearly scored from his own pass back to Oukidja following the ball being put out of play for an injury.

Mbappe’s unsportsmanlike gesture, of course, angered the hosts, which prompted Antonetti to comment on the 22-year-old after the match.

He said: “Kylian Mbappe had better behave differently if he wants to be loved.

“I adore this player, he is very, very strong, but he would benefit from showing more humble behaviour.

“In the game he had been non-existent. It happens when he cannot find space.”

The Colombia star hit the ground running when he was first signed by Carlo Ancelotti. However, he fell out of favour under current boss Rafa Benitez.

Despite his strong start, James fell off in the second half of last season, and will now be remembered as a Premier League flop.