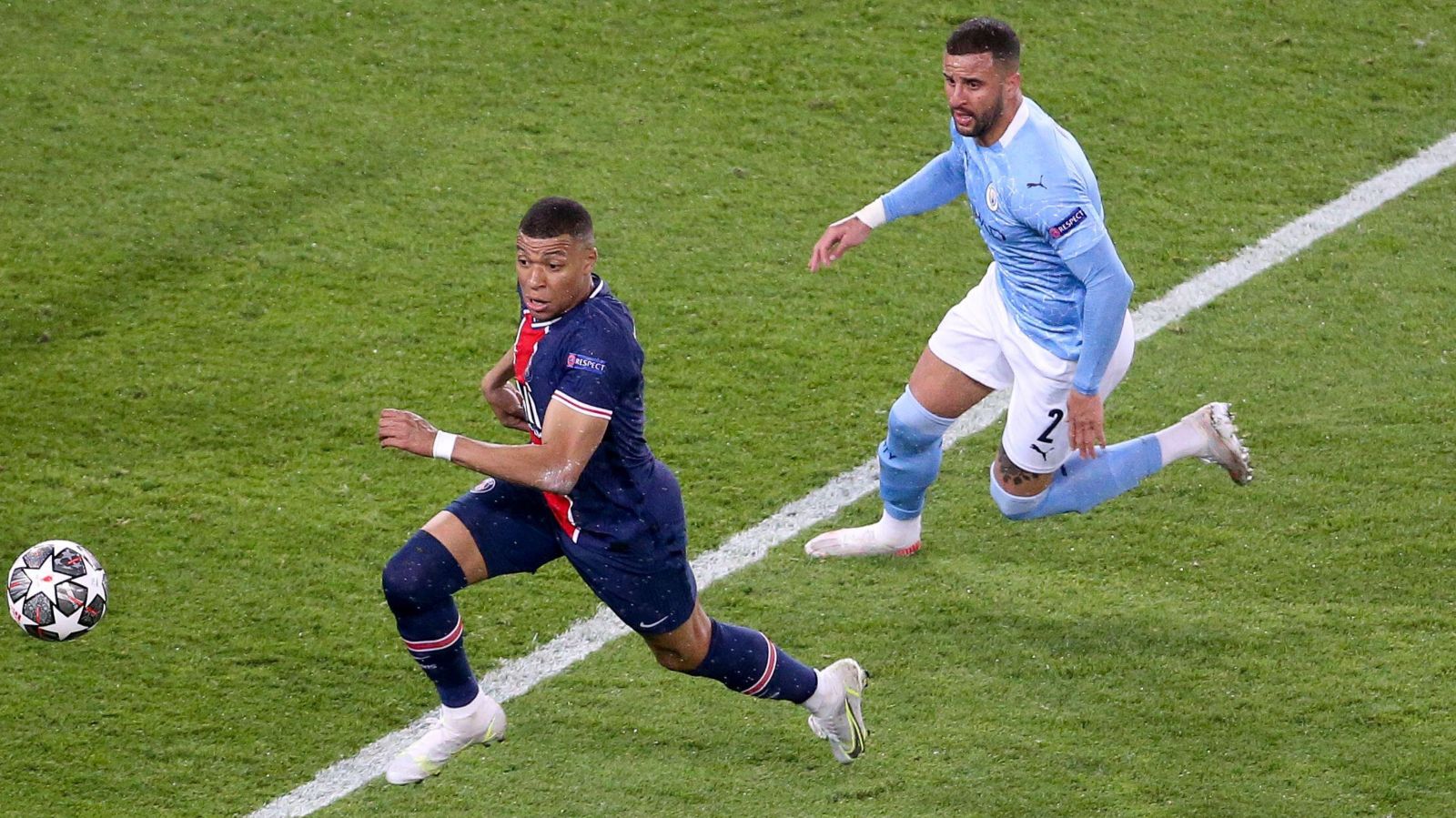 Kyle Walker against Kylian Mbappe has been pinpointed as the key battle between England and France. Based on past meetings, it’s closer than you might think.

James Maddison has backed England teammate Walker to “do a job” against Mbappe, while Matty Cash’s experience against the Frenchman as Poland right-back convinced him that “if anyone’s going to stop Mbappe”, it’ll be the Manchester City defender.

Rio Ferdinand has earmarked Walker as “the only defender on the planet right now that will stand there and go to Mbappe: ‘Right, 1-v-1, let’s have a race’.”

Gary Neville reckons “we’ve got the perfect right-back to deal with Mbappe if anyone can – physical, pace, experience”.

Walker himself has said that while the upcoming World Cup quarter-final “isn’t England v Mbappe, it’s England vs France,” he is “not going to roll out a red carpet for him to score”.

And based on their four past clashes for club and country, the 32-year-old can certainly be taken at his word.

Minutes on the pitch together: 45 (Walker introduced at half-time from a bench which also featured Ben Gibson and Jermain Defoe)

Key moment: Mbappe assists Ousmane Dembele’s winning goal as Walker jogs back before staring in confusion at his defence.

The reaction
‘His players will have a better idea now why Kylian Mbappé is being touted for a possible world-record transfer’ – Daniel Taylor, The Guardian.

‘Every time they went forward, with that thriller Mbappe and his accomplice Dembele, they seemed capable of anything’ – Neil Ashton, The Sun.

‘The more you watch Mbappe, the more you are convinced he is a superstar in the making. He is a joy to behold and when he shows the confidence he showed tonight you realize that he isn’t fazed at all, no matter the situation. He has the ability to pull anything off and he’s probably disappointed that he didn’t get onto the score sheet’ – Tom Scholes, GFFN.

‘What did we learn from Kyle Walker playing at left-back? Only that even he isn’t as fast as Dembele. Oh and that Gareth Southgate has some really bizarre ideas’ – Sarah Winterburn, Football365.

Key moment: Walker puts a dangerous Mbappe ball behind in the 56th minute, then wins the corner from which Manchester City equalise soon afterwards, following an excellent overlapping 60-yard run and cross.

The reaction
‘City’s defending was so good in the second half that Kyle Walker comfortably kept pace with Mbappé in a sprint, which few do’ – Henry Winter, The Times.

‘It was expected that [Walker] would be needed against the pace of Mbappe and Neymar and so it proved, bailing Rodri out as early as the second minute. Got everything right’ – Simon Bajkowski, Manchester Evening News.

‘Used his pace to make covering challenges and was able to keep up with the electric Mbappe’ – Sam Dean, Daily Telegraph.

‘After 63 minutes of breathless and breathtaking football, Kevin de Bruyne launched a counter-attack with a crisp pass to Bernardo Silva. The Portuguese had no teammate ahead of him to continue the move so elected to use Riyad Mahrez, five yards or so to his right. At that precise moment Kyle Walker burst into view with the most brazen opposition to the concept of nominative determinism possible, his gallop behind the defence finally breaking Paris Saint-Germain’s resolve. Manchester City did not score directly from that move; their equaliser was the result of the subsequent short corner in peculiar circumstances. But that moment from Walker was symbolic, the point at which the dam finally burst and momentum imperceptibly and irreversibly shifted’ – Matt Stead, Football365.

Key moment: Mbappe assists Messi with a delightful backheel, completing a one-two before the Argentinean scores his first PSG goal; the Frenchman also played a part in the opener.

The reaction
‘Mbappe’s development may have slowed over the past year or so, but no one seriously doubts that, at 22, he is already one of the greatest forwards in the world’ – Jonathan Wilson, The Guardian.

‘While Neymar’s improv routines were over-indulgent at times, there was no absence of defensive work from Mbappe’ – Dave Kidd, The Sun.

‘Joao Cancelo, Kyle Walker and Rodri were superb for City at winning the ball back quickly in central areas. Thanks to Walker’s pace on City’s right, PSG’s most effective counter-attacks came on the opposite flank’ – Tony Hodson, The Coaches’ Voice.

Key moment: Neymar robs Stones near halfway line and puts Mbappe through on the counter-attack, but Walker’s pace closes the angle and the PSG forward curls his effort over.

The reaction
‘[Walker] used his recovery pace well to force Mbappe into rushing a shot at the end of the first half and then again in the second to nick the ball off the Frenchman’s toes. Played a key part in the equaliser after volleying a low ball across the box for Sterling to finish off’ – Oliver Young-Myles, The I.