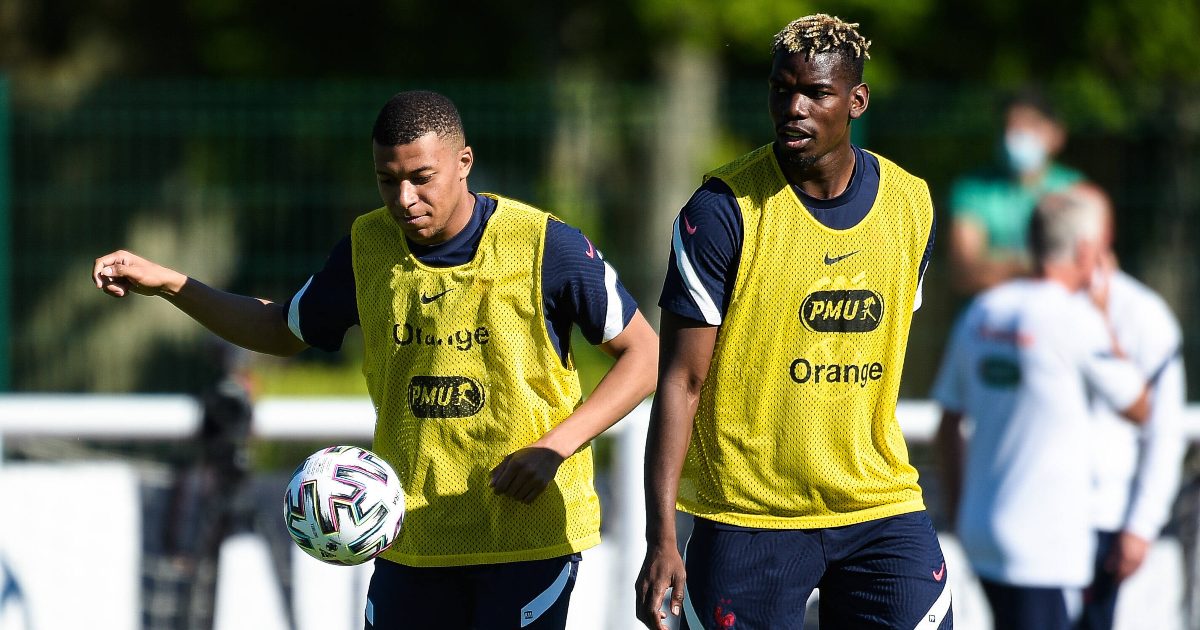 Kylian Mbappe still intends to leave PSG when his contract expires even if the French side sign Man United star Paul Pogba, according to reports.

Mbappe has been heavily linked with a move to Real Madrid of late. PSG are reportedly preparing to offer him a “mammoth” new contract.

His deal at PSG expires at the end of the 2021/22 season, and Madrid are hoping to sign him on a free transfer.

Meanwhile, Pogba’s contract at Man United also expires in 2022 and he is “open” to the idea of leaving.

It was reported earlier this month that PSG were set to test United’s resolve with a £51m bid for Pogba.

The midfielder signed for Man Utd from Juventus in 2016 for a then world-record fee of £89m. His form for the Red Devils has been up and down. But he has shone for France as he helped them win the World Cup in 2018.

PSG hope that signing Pogba would tempt Mbappe to stay according to Spanish outlet Marca.

But the report adds that Mbappe‘s plans “remain the same”. He wishes to “endure the whole year without renewing” before joining Real Madrid for free.

The Englishman shone for West Ham last term, as he was involved in 13 goals from just 16 games.

The Red Devils rate him at around £30m. Agbonlahor does not expect Lingard to start for Man United: