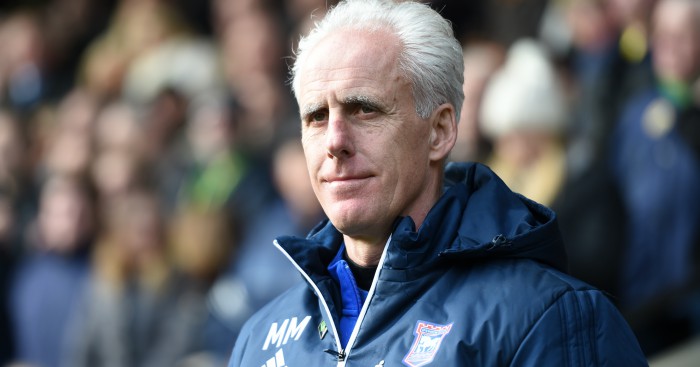 Ipswich boss Mick McCarthy has apologised after his use of bad language during Sunday’s derby draw with Norwich was captured by television cameras.

McCarthy was pictured swearing after Ipswich captain Luke Chambers put the visitors ahead 89 minutes into the Sky Bet Championship clash at Carrow Road. Timm Klose would then equalise for Norwich in stoppage time and the game finished 1-1.

The Town manager told Ipswich’s official website: “It was a big moment for us, coming so late in the game. You can get carried away in situations like that.

“To be honest I forgot the cameras were there and can capture every word now. You don’t think about that during the game. For those who were offended by my language, I apologise.

“I’d like to reiterate though that my comments were not aimed at anyone. It was just a reaction to the goal and what it meant at that time.”