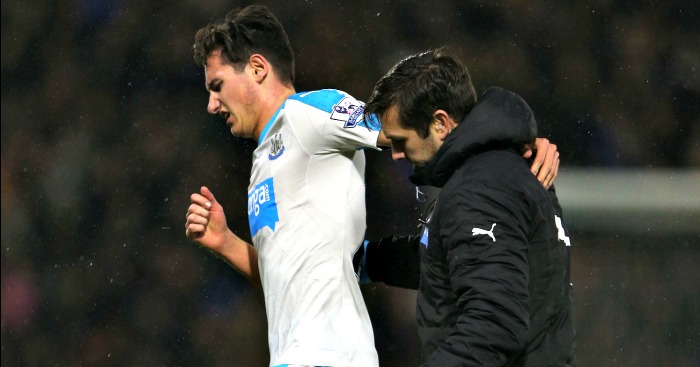 Florian Thauvin’s confidence has been “knocked” by Newcastle fans, according to the club’s manager Steve McClaren.

The Newcastle boss says the club will “stick by” the 22-year-old summer signing from Marseille, but has admitted the player’s confidence is at a low ebb.

Some of the travelling supporters at Watford were critical of Thauvin in Saturday’s 1-0 FA Cup defeat and sections of the Toon Army were heard chanted: “You’re not fit to wear the shirt,” after the second-half substitute went down easily at Vicarage Road.

Asked how Thauvin had been affected by the cat calls, McClaren told the Newcastle Chronicle: “Like any other player who has been booed.

“Normally you get booed by away fans and it gives you strength – but when it’s by your own fans it knocks your confidence. That is how Florian is (right now).

“The key thing is we all have sympathy for him, for that kind of reaction he got.

“It’s a tough one for the individual but we’re sticking with him and by him.”

Thauvin was not the sole target of the fans who made the trip down to Watford. Throughout the tie they chanted “We want our money back”, “We’re s**t and we’re sick of it” and sang “You don’t know what you’re doing” to McClaren when Thauvin came on as a sub.

Thauvin a £12million summer recruit has made just five starts in all competitions this season and is set to miss Tuesday night’s home game with Manchester United with a minor problem.