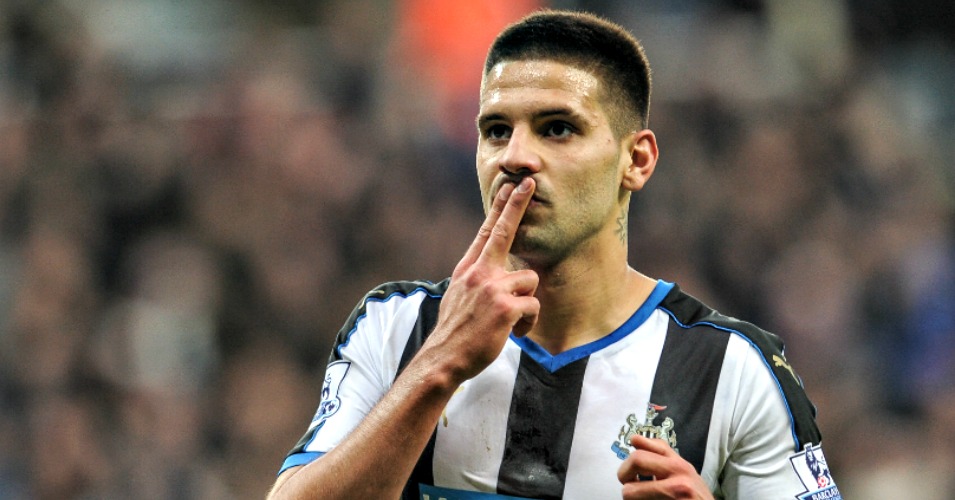 Steve McClaren admits Aleksandar Mitrovic has been “reckless” this season but the Newcastle boss doesn’t want the striker to lose his “edge”.

The Magpies’ summer signing has already served a three-match ban this season having been sent off against Arsenal in his fourth Premier League appearance.

The Serbian was also booked in his first two outings, and though he was cautioned against Stoke on Saturday, McClaren believes Mitrovic is coming to terms with how to channel his aggression.

The manager said: “He is learning and he is becoming a fans’ favourite because he plays on the edge and when he goes over the edge, he might as well sit with me.

“But he has to keep the composure under control, which is something he has to learn against very experienced centre-backs.

“He has to learn. The Premier League is totally different to anything he has played in before, it is a few steps and he is adapting and learning; I think he is doing it very well.

“It was reckless at the beginning, he has learned from that and is not so reckless now but we don’t want him not to play on the edge because that is what we want him for.”

McClaren admits he considered substituting Mitrovic after he was cautioned against the Potters on Saturday.

“There was a temptation to pull him off but an incident like that can also give you energy and impetus,” McClaren said.

“I am always reluctant to pull strikers off because they are match-winners and they often say: ‘Gaffer, the last 10 minutes is my time and my opportunity might come.’

“I had to keep that in mind and it nearly worked.

“He has a difficult enough role; he is our main target man and his link up with Ayoze Perez is very good, as it is with Gini (Georginio Wijnaldum) and Moussa (Sissoko).