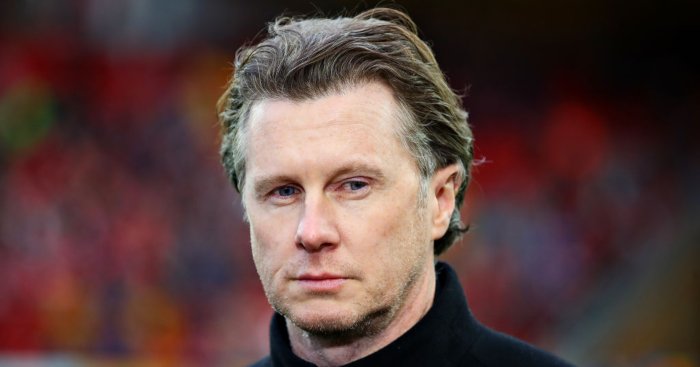 The 16-year-old is drawing interest from some of Europe’s biggest clubs with Manchester United and Borussia Dortmund thought to be interested.

And it is though to be just a matter of time before Bellingham is lured away from St Andrew’s in a big money deal.

Liverpool are also said to be keen on a move for the teenager but McManaman believes the price and the young talent already at Jurgen Klopp’s disposal will rule them out of any potential move.

The former Liverpool star told HorseRacing.net: “I’ve heard a lot about him through working in academy football, and his reputation is very good.

“He’s only 16 and he seems to be linked with everybody nowadays.

“There was a story about Manchester United being interested in him, and all it’s done for Birmingham City is that it’s increased Jude’s price tag.

“I don’t know if Liverpool would be interested considering the figures that are being associated with him. Three months ago I read that he was valued at £30 million and now I hear it’s £50 million.

“Liverpool already have very good young players in their academy, so I’d be surprised if they would join the chase for Jude with that sort of money being talked about.”

McManaman also talked up Liverpool’s youth system, using Trent Alexander-Arnold as an example of the talent they have to choose from.

He added: “He’s been amazing for the club this season, and he works really well with Andy Robertson; the way that Liverpool set up without natural wide players up top means that the full-backs give them width, and they’ve both been fantastic.

“When you look at the right-backs around the world, you’d have to say that Trent is the currently the best.

“You’d have him ahead of Dani Carvajal of Real Madrid or Danilo at Juventus, and now that Bayern Munich are playing Joshua Kimmich in midfield, then Trent is at least up there with the very best in the world.

“Principally his job for Liverpool is that he’s an attacking full-back and an assist provider, and his stats prove how well he is performing consistently.”