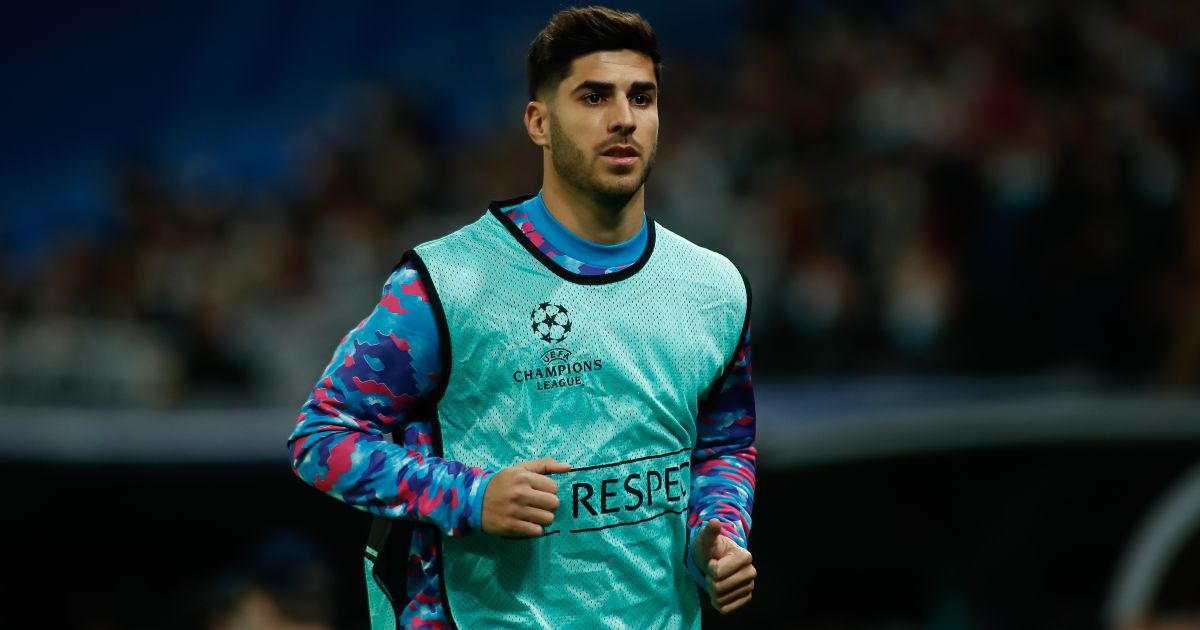 Steve McManaman reckons Real Madrid attacker Marco Asensio would be a good fit at Arsenal and would be more likely to join the Gunners over Liverpool.

Earlier this month, Arsenal and Liverpool were named among five clubs keen to sign the 25-year-old as he continues to struggle for minutes under Carlo Ancelotti.

Asensio was in and out the team under Zinedine Zidane and had hoped to feature more under the Italian but he has only started four La Liga matches this season.

When asked if Liverpool or Arsenal could turn Asensio into a Premier League player, McManaman told Horseracing.net: “Marco Asensio hasn’t played enough at Real Madrid. His reputation was probably better two years ago when he first came onto the scene and scored a bunch of lovely goals, in the Champions League final against Juventus in 2017 in Cardiff and in the Super Cup, a lovely goal, against Barcelona.

“But since then he’s had injuries and of course Real Madrid aren’t the team that they were four years ago, and his level has come off.

“It all depends on what Asensio himself wants to do and, secondly, what Real Madrid are going to do; whether they’re going to bring [Kylian] Mbappé in, if they’re going to try and bring [Erling] Haaland in as well – and that will determine Asensio’s decision.

“Asensio maybe one of those players but if [Karim] Benzema’s in front of him, Mbappé’s in front of him, if he thinks Vinicius Jr’s better than him, Rodrygo’s ahead of him, and the opportunity is there to leave, then maybe he will take it.

“If it was a club next year I’d say it would be Arsenal. [Pierre-Emerick] Aubameyang’s coming to the end of his career – or he’s certainly into his thirties – and with [Alexandre] Lacazette in a similar position and coming to the end of his contract, Asensio could be at a club where he’d probably have more joy of playing. If he’s to leave in 18 months, it’s still a long, long way away.

“But I think he’s an Arsenal type of player, like an [Martin] Ødegaard, who’s good on the ball, not necessarily really quick, but turns well, scores goals and makes chances.”