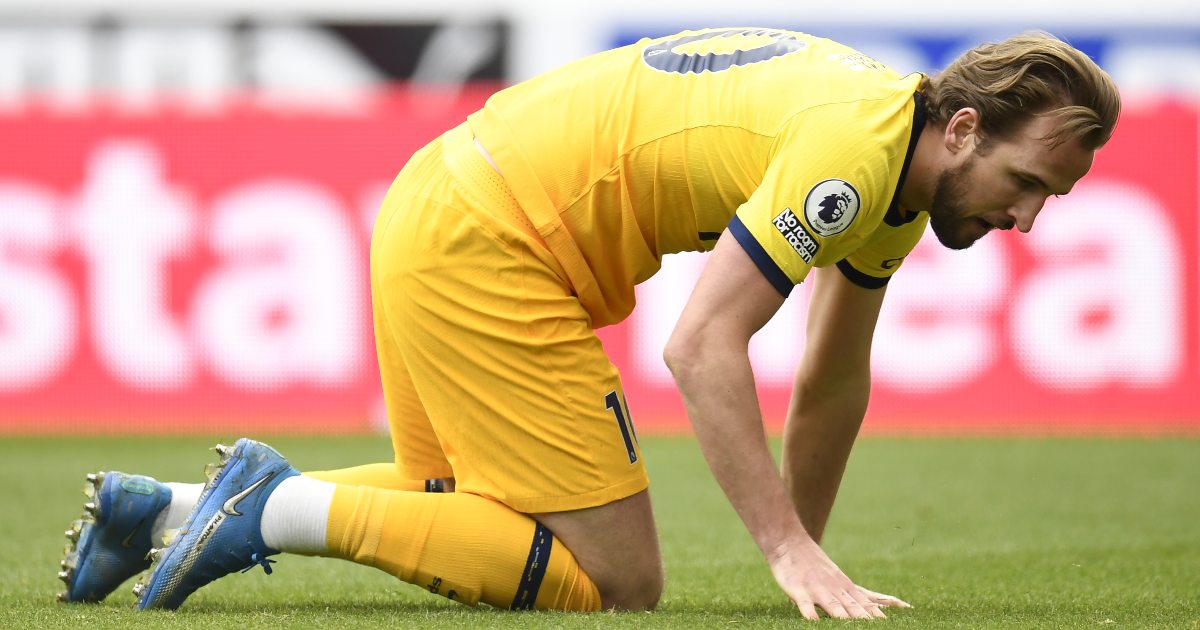 Scrambled eggs
The Sun had an ‘exclusive’ on May 12: ‘HARRY KANE will be stuck at Tottenham unless Pep Guardiola demands Manchester City sign him over Erling Haaland. Even then, it would require a transfer record-busting bid of more than £150million to even get Spurs talking.’

The Sun were back on May 17: ‘HARRY KANE has told Tottenham he wants to leave  – sparking a £150million summer scramble for his signature. Manchester City are leading the race to sign the striker, with the Etihad Kane’s preferred destination. Chelsea and Manchester United are also in the race as the 27-year-old turns his back on his boyhood club.’

So five days after Kane had no other option but Manchester City – which seems incredibly unlikely – he now has a ‘summer scramble for his signature’?

And five days after ‘Manchester United will not go any higher than £90m’ they are ‘in the race’ for a player valued at £150m?

Advantage who?
Talk of Harry Kane ‘quitting’ Tottenham (we’re looking at you, Daily Star) or making a ‘demand’ (looking at you again, Daily Star) is amusing Mediawatch as Kane has three more years left on his contract and really has no power here. As John Cross writes in the Daily Mirror, ‘Tottenham are, in fact, in a strong bargaining position. Kane has three years left on his contract. his current deal is worth around £200,000-a-week and he is irreplaceable for Tottenham which is why Levy cannot afford to let him go.’

So quite why Sam Wallace of the Daily Telegraph is claiming that Kane’s desire to leave Tottenham ‘leaves Daniel Levy exposed’ is a mystery. The Tottenham chairman literally holds all the cards because Kane was daft enough to sign a six-year contract in 2018 when Spurs had just finished the season 23 points behind Manchester City.

No, he has three more years.

‘Of course, the fee and the destination club will present problems of their own.’

Oh, do you think?

‘But the critical element is that if the appropriate offer comes Kane should be allowed to leave. For this to descend into the bitter, unpleasant episode it could be will ultimately benefit neither side.’

‘It comes at a time when Levy is vulnerable – if he ever considers himself vulnerable.’

Probably not. And certainly not on this occasion. Kane has three years remaining on his contract and actually, Levy could curry some much-needed favour with Spurs fans by digging his heels in and getting a substantial sum for Kane.

‘Of course, in football there will be those who roll their eyes and tell you that Levy will not be forced to do anything – whether it is by Kane, or Gareth Bale, or the acquisitive owners of much wealthier clubs.’

‘Kane signed a six-year contract in 2018 that has three years left to run this summer, at least one year too long for it to confer on him any real advantage. Ordinarily that would be all the protection Levy needed to declare the conversation over. But this is not an ordinary conversation.

‘It is Kane’s view that he has fulfilled his part of the bargain and now the obligation is on Spurs to give him the move that was agreed last summer.’

Kane’s view is pretty immaterial though, unless a club comes up with the requisite fee. We are not living in a world where a player can demand a move and he then gets that move. Especially when that player is at Tottenham and Levy is the chairman.

‘When Levy made his first hasty response to the pandemic last year, urging player wage cuts, his reference to “stories about player transfers this summer” was interpreted as a response to Kane dropping a hint in a Sky Sports interview that he would not stay at Spurs regardless. Back in March last year there was the usual brisk confidence to Levy’s tone. He felt he was in control. Fourteen months on, it feels very different.’

Hmmm. You might want to read The Athletic, who report:

It feels exactly like Levy is not exposed or vulnerable at all.

This means more clicks
There is absolutely zero chance that the Liverpool Echo believe that Liverpool should or would move for Harry Kane, but when the only story in football is Harry Kane then you cannot afford to get left behind, which leads to this kind of monstrosity:

We did particularly enjoy this line…

‘In the past, such a notion would have been scoffed at with the Reds’ front three of Mohamed Salah, Sadio Mane and Roberto Firmino virtually untouchable.’

…as if there was a point when Liverpool would have ‘scoffed’ at the notion of signing of the most prolific strikers in the history of the Premier League.

‘He might not have the mobility of a Firmino but he is showing he has the creativity.’

Ah, so the player with 165 goals in 240 Premier League games for Tottenham is finally earning the chance to be mentioned in the same breath as Firmino? He must be so flattered.

But most amusing is that headline. Let’s remind ourselves:

And at what point does this piece mention either Coutinho or Torres? The 27th paragraph of 34, of course. FFS.