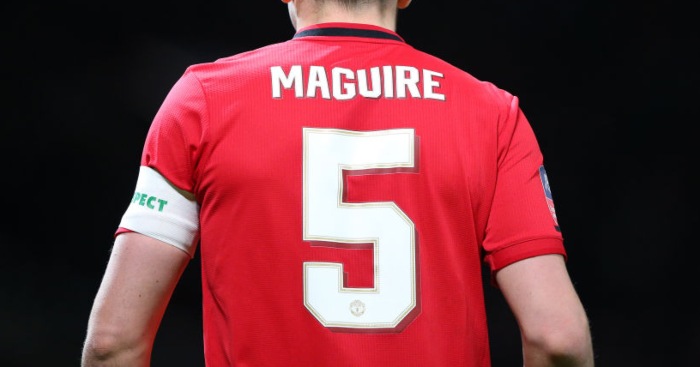 Yes, the £50m full-back currently playing for one of Europe’s biggest clubs who is high among their candidates for player of the season has really gone under the radar.

‘MANCHESTER UNITED fans of a certain vintage look back fondly on the 70s and 80s.

‘The current period must remind them of that.

‘No chance of winning the league – but the FA Cup could still put a silver lining on the season.’

1) In the 1970s, Manchester United were actually relegated and in the 1980s they finished in the bottom half of the top flight three times. So that’s absolutely nothing like the current period.

2) In the 1980s, Manchester United twice finished second to Liverpool and so definitely had a ‘chance’ of winning the league. So that’s absolutely nothing like the current period.

Custis even writes that ‘the competition gave Van Gaal a decent send-off’, which is bizarre as two years ago, he wrote that the Dutchman was ‘booed by his own fans as he climbed the steps at Wembley to lift the FA Cup for Manchester United’.

Mediawatch looks back fondly on the 70s and 80s when we didn’t have to read The Sun.

Harry’s game
Bizarre goings-on at the Daily Mirror, who sent Manchester correspondent David McDonnell to Old Trafford to provide player ratings along with his match report, but then the newspaper’s website commissioned Alex Smith to write his own player ratings. Which might have made sense if they remotely agreed.

But instead, we have McDonnell giving Fred and Harry Maguire a respectable 7/10, while Smith went in two-footed on both, awarding them 5/10. His mark for the sloppy Fred might be justified, but Maguire? He kept a clean sheet and helped set up Manchester United’s only goal. It earned him 7/10 in the MEN and ESPN among others. Not good enough for picky Smith, who writes:

‘Sent spinning by Jimenez early on before being booked for clearing him out in the second half. and never seemed comfortable defending. He’ll need a heap of luck against Firmino, Mane and Salah on Sunday.’

And yes, it turns out that the ‘message’ is that Manchester United really aren’t that good. Was that by SMS or WhatsApp?

Jeopardy! Jeopardy!
Over at Liverpool propaganda machine Liverpool.com, it turns out that ‘Liverpool are masters of double jeopardy because Jürgen Klopp has built a unique scoring system’.

At first glance, that sounds nonsensical, but click on the link and all becomes clear: ‘Liverpool have become one of the greatest teams of all-time because every player in the system is capable of creating a goal scoring opportunity.’

Which is obviously a ‘unique’ idea. Nobody else has even thought of having more than one creative force.

And they’re right, of course. A glance at the statistics tell us that 18 Liverpool players have created chances in the Premier League this season, which makes them ‘unique’ in comparison with Manchester City (19) in particular. Joel Matip and Dejan Lovren have indeed created a goal scoring opportunity and Virgil van Dijk has created two in 1890 minutes. Which is revolutionary.

But it’s easy to scoff without reading the article, so let’s read…

‘Alisson Becker is a goalkeeper, but he was bought to far more than keep the ball out of the net for the Reds. His competence in possession renders him a very rare thing indeed; a goalkeeper who is capable of creating regular goal scoring opportunities.’

Well he has created exactly none this season but carry on…

‘Virgil van Dijk is a central defender but again, he is remarkably useful in an attacking sense compared to other top-level centre-backs contracted to rival clubs.

‘The number four has also created plenty for others despite commonly being deployed as the team’s deepest outfielder. His long passes, whether they be hit diagonally or straight over opposing defences, often result in scoring chances materialising.’

Does twice count as ‘often’? Did Mediawatch take its driving test ‘often’?

The article then takes us through the well-documented attacking threat of Liverpool’s full-backs before pretending that this is replicated all over the pitch.

‘Liverpool have reached a point whereby scoring threats are positioned virtually everywhere. The Reds have become the masters of double jeopardy. If opponents manage to handle one problem thrown at them by Liverpool, then another is guaranteed to emerge elsewhere immediately afterwards, and that is because the Klopp and his recruitment team have invested in players that are dangerous in every single position on the pitch.’

And are we ignoring the other pesky fact that Manchester City actually create and score more goals than Liverpool?

Yes, Liverpool are absolutely brilliant and will win the Premier League. But it’s absolutely not because they are ‘masters of double jeopardy’.

Yes, as long as you discount the three Englishmen who have actually scored more Premier League goals than Kane this season.

The ‘so much going on’ headline of the day
‘Andre Villas-Boas hints he could QUIT Marseille just six months into reign… after his club hired the man behind Carlos Tevez’s move to West Ham with a remit to sell players to the Premier League as president claims he’s had death threats over appointment’ – MailOnline with some kind of record.