Home Mediawatch Mediawatch: A Man United ‘exclusive’ we were told in June 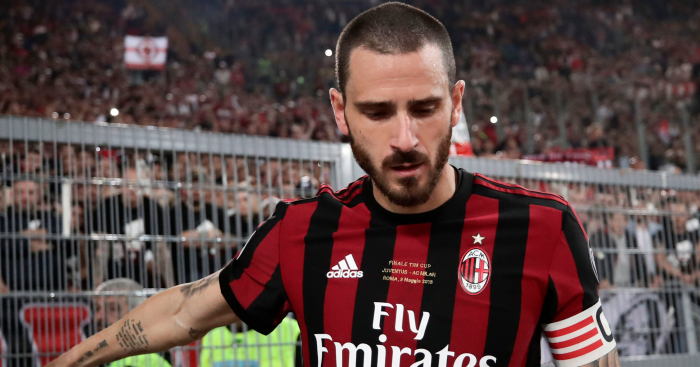 Football gets in the way of football
You do find yourself wondering about the state of digital football journalism when the top story on Mirror Football at 10.30am on Friday does not focus on the return of the Premier League. It does not focus on Tottenham’s game against Liverpool or unbeaten Watford hosting a Manchester United side trying to get over their sticky start.

It is also not a story from one of the Mirror’s many journalists with excellent contacts at football clubs across the land, despite stories from Arsenal, Leicester, Tottenham, Watford, Liverpool and Birmingham all featuring in the back pages of the print copy of the newspaper.

Instead, it is this: ‘Cristiano Ronaldo’s trademark celebration, Kylian Mbappe’s frightening speed and Romelu Lukaku’s power – what we noticed in first play of FIFA 19 demo’.

For some, actual football truly gets in the way of the noise.

Model yourself
Another headline on Mirror Football almost gave Mediawatch a migraine: ‘Model Melissa Satta who once injured Kevin-Prince Boateng during 10-times-a-week sex sessions now takes aim at Ronaldo’. Doesn’t anyone there know what a comma is?

Oh yes, the big news is that Kevin-Prince Boateng’s girlfriend has ‘dissed’ Cristiano Ronaldo by saying “Who is Cristiano? I only have eyes for Boateng” as a joke in an interview.

The biggest surprise is that it only took two journalists to write the story.

Exclusive-ish
On Friday morning, The Sun’s Mike McGrath has an exclusive. The story concerns Leonardo Bonucci, who McGrath says was wanted by Jose Mourinho in the summer.

‘JOSE MOURINHO failed in a summer bid to land Leonardo Bonucci,’ McGrath begins (exclusively). Given that we all know Manchester United didn’t sign Bonucci – he subsequently rejoined Juventus – the exclusive story must be that Mourinho wanted to sign the Italian.

So Mediawatch is struggling to know which bit of this is actually exclusive. Italian newspaper Corriere dello Sport reported on June 29 that Bonucci was on Mourinho’s central defender shortlist, and that Mourinho had urged Manchester United to sign the then-Milan defender. By July 15, the Daily Express were writing that Mourinho had asked Manchester United to make a £30m bid for Bonucci, which never came.

Two months later it is a Sun exclusive.

Double standards
Friday morning brought a staunch self-defence from Jose Mourinho of his use of Marcus Rashford. But it was the attack on journalists that made Mediawatch smile:

“Is not a perception. Some of the persons [journalists], everybody knows they have double salaries, they work also for the clubs and of course they are not independent and they conduct things in the direction they want, that’s obvious, human, is natural. Not ethical but I accept.

“The ones that wake up in the morning and the first thing that comes into their mind is Jose Mourinho and Manchester United, I feel sorry for them because here are more exciting things in life.”

Look on the bright side
The Manchester Evening News has several reasons to be uber-positive about Manchester United, but we must stand up to applaud a tremendous piece of upselling on Friday morning.

‘That baseball cap was fooling no one as Jose Mourinho took his seat at a largely empty Old Trafford last month,’ the piece begins.

‘The Manchester United boss was there to watch Diogo Dalot in his first outing in red for the reserves against Stoke City. But his eyes will also have been drawn to the shaggy-haired youngster playing directly in front of him on the right wing – and Tahith Chong is certainly hard to miss.

‘With a combined age of just 37, this was one of the youngest combinations Ricky Sbragia had ever fielded on the right flank – and you could not help but get excited. It was a glimpse of what these players could offer if they eventually adjust to the rigours of the Premier League: natural width, regular link-up play and dangerous crosses.’

So that exciting new right-wing combination is two reserve players, based on an appearance for the Under-23s last month. You’ll forgive Mediawatch for not getting excited about Dalot and Chong starting together on the right wing for the first team just yet.

Also, why on earth did it take the MEN a fortnight to tell us the ‘exciting’ news?

Mediawatch was intrigued. Everyone had been saying that Fabinho was just getting used to his new club and teammate. Like Alex Oxlade-Chamberlain and Andrew Robertson, he was being eased in gently.

But if the Express had the ‘REAL’ reason from Klopp, this could be spicy. Has Fabinho been sh*tting in the Liverpool manager’s shoes as a joke? Strap in:

“We had similar questions about Robbo and Oxlade. Fabinho is full of energy and desire.

“It’s not nice to tell him he’s not involved but he’s come from another league with a different system, it takes time. The plan was and still is that he will make us better.”

No, it’s Alicia sodding Keys. What a bloody maverick.

Mystic Mou
‘Jose Mourinho is frequently mocked for Chelsea’s sale of Kevin De Bruyne and Mohamed Salah, so it is only fair to acknowledge that he called it dead right over the useless waste of space Papy Djilobodji’ – Martin Samuel, Daily Mail.

Great shout, Jose. And here we all were thinking that Chelsea’s initial £2.7m deadline-day signing of a relatively unknown Nantes central defender would turn out to be a whacking success. Did he think that Michael Hector might not make the grade either?

Recommended reading of the day
Jack Pitt-Brooke on Youtube tricksters and player representation.