Home Mediawatch ‘Despite their 4-0 win’, Arsenal are still crap… 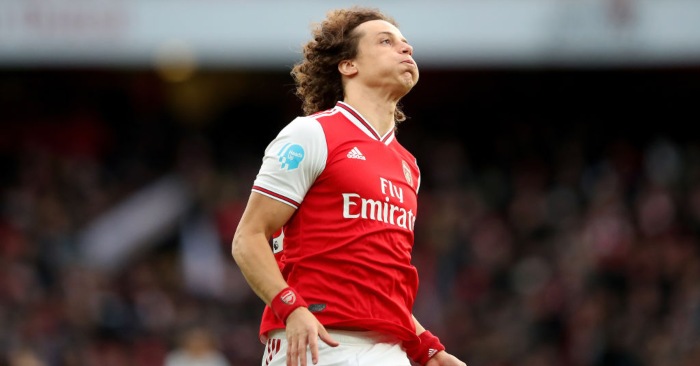 Duncan the Third
‘MIKEL ARTETA is daring to dream of Champions League qualification,’ writes Duncan Wright in The Sun. ‘Arteta’s Arsenal are now six points adrift of fifth spot in the Premier League – and with Manchester City’s Uefa ban that could be enough to secure a place in Europe’s top club competition.

‘The fact four of their next five league games are against sides in the bottom half, means the Gunners have a real chance of stringing a run of results together.’

All very positive, all very realistic when you look at the league table and take into account a run of Arsenal form which has seen them lose just once in 11 matches. Arsenal really are in the race for a Champions League spot as they have earned more points than Chelsea, Leicester, Manchester United and Wolves since Arteta was appointed, scoring more goals than Tottenham and conceding fewer than all but Liverpool.

So presumably it was a different Duncan Wright whose piece on The Sun website is headlined ‘Arsenal STILL won’t get Champions League spot despite 4-0 hammering of Newcastle’.

The challenge is to guess at what point in the 90-minute match Wright stopped actually writing about Arsenal’s performance? Actually, it’s not a challenge; it’s there in the opening line:

‘IT took 32 minutes for the Arsenal fans to remember they had to boo Danny Rose – and the same amount of time to prove why they can forget a surprise run for Champions League qualification.’

Oh. Well a football match takes place over 90 minutes so writing them off at 0-0 with two-thirds of the game to play sounds ridiculous…

‘And throughout all that opening third of this match, the evidence was there for all to see that this Arsenal side haven’t a hope in hell of returning to Europe’s top competition next season.’

This is just weird now.

‘What they needed was to set about Newcastle with the kind of intensity and desire which signalled they believed they could bridge the gap over the remaining 12 matches of the campaign.

‘Instead, to a man Arsenal were so woeful in the opening half an hour you thought it was Steve Bruce’s men who were sniffing a late assault on the big prize.’

No. What they needed was to win the football match over 90 minutes. Which they did. Comfortably. Wright’s Sun colleague Mark Irwin calls it a ‘dominant display’ and he is a miserable sod.

‘No matter that Arteta’s men improved markedly after that, finally deciding to turn up for work when only an hour of the match remained.

‘That 32 minutes is all the reason you need to know why Arsenal have no chance of making it back into the Champions League next year – or any time soon.’

Jesus. ‘Only an hour of the match remained’ is accidental comic genius. They were drawing 0-0 and then they won 4-0, for f***’s sake.

‘When the prize suddenly opens itself up, this mis-match of players cannot even raise themselves to get going from kick-off against a side who probably turned up just hoping for a point.

‘They had no drive, no belief and no leaders when they had the chance to set the tone for what could be a massive month to make a push.’

And then they won 4-0. We can’t help thinking that might be important.

‘After all, Everton, Brighton, West Ham, Southampton and Norwich are the next up in the league – a run of fixtures which offers every chance of maximum points for a side with lofty ambitions.

‘Six points is all they need to make up on fifth spot, and on paper you cannot rule them out.

‘But you cannot ignore what is in front of you – despite their 4-0 win, Arsenal haven’t got what it takes to do the job.’

‘Despite their 4-0 win’, Arsenal are crap. And you ‘cannot rule them out’ but then you absolutely can. Because you want to get your piece finished by half-time.

Will somebody think of the kids?
‘When will English football start trusting young English footballers?’ is the question in the Daily Mail. And what a bloody odd question to ask in the midst of a season which has seen a glut of young English players be given regular Premier League football. Nine English players under the age of 22 have played over 1,000 minutes of Premier League football this season; the figure was exactly the same over the entirety of last season.

Only this weekend, Bukayo Saka and Eddie Nketiah started for Arsenal, Trent Alexander-Arnold and Joe Gomez (now an ancient 22) both started for the champions-elect Liverpool, Todd Cantwell and Max Aarons were in the Norwich line-up, Dwight McNeil continued to defy the odds for Burnley and Leicester literally started with four English players aged 23 and under. It’s almost like if players are good enough they will play in the Premier League, regardless of their age or nationality.

So what has prompted this column from Ian Ladyman? That would be a comment from Frank Lampard that suggested that Mason Mount and Fikayo Tomori would probably have gone on loan if he had been able to buy players last summer. The Mail man calls this ‘jarring’; apparently it was a revelation that ‘jumped off the page’. For him but for nobody else, we would suggest.

‘Instead, Mount has started 22 of Chelsea’s Premier League games while Tomori has started 14. Both have been fundamental to a progressive Chelsea season and both have – as a result – played for England. They have been part of what has made Chelsea so watchable over the past six months. In short, they have been good enough.’

Well, Tomori is clearly not good enough as he has not started in the Premier League in 2020. He cannot get into a Chelsea team that has not made any central defensive signings, so of course he would have gone on loan for another season elsewhere if they had brought in reinforcements. Of course. This should surprise nobody but Ladyman.

As for describing this as a ‘progressive Chelsea season’…this is a Chelsea side nine points adrift of their points total from the same stage last season. They would literally be outside of the top six in most other seasons that are not absolutely bat-shit. Mason Mount has been ‘fundamental’ to this Chelsea season but this Chelsea season has been ordinary by their usual standards.

This Chelsea side is beloved of certain journalists because there is ‘clarity’; they are ‘watchable’ and there is less ‘drama and confusion’. But we suspect that Chelsea would prefer to be winning more than three of their last ten Premier League games.

You are my one and only…
With Manchester City briefing the media that Pep Guardiola intends to stay at the club for another season regardless of whether the club are in the Champions League, and crucially with neither Manchester United nor Liverpool playing on Sunday, The Sun and the Daily Mirror both lead their back-page football coverage on quotes from Alessandro Del Piero on Guardiola potentially going to Juventus.

Does Del Piero know Guardiola? We certainly don’t get that impression.

Is Del Piero invested in the concept of one of the world’s greatest coaches coming to Juventus? Of course he bloody is.

And he makes no attempt to hide the latter or claim the former as he talks about the Spaniard potentially joining Juventus.

“Every club in the world would love him as a coach and I would love to see Pep in Italy.

“He has won in Spain, Germany and England. If we follow that path I think maybe it is his destiny to go to Juve.”

So there’s an ‘if’, an ‘I think’ and a ‘maybe’ in just one sentence. Do those caveats make it to the back page? Do they balls.

We are told that ‘JUVENTUS legend Alessandro Del Piero claims it is Pep Guardiola’s destiny to boss the Italian club’ (The Sun) and ‘ALESSANDRO DEL PIERO and Ruud Gullit believe Pep Guardiola is destined to manage Juventus’ (Daily Mirror). He doesn’t either ‘claim’ or ‘believe’, he ‘thinks’ that ‘maybe’ something could happen ‘if we follow that path’.

Still, you have to justify a jolly to the Laureus Awards in Berlin somehow.

Daniel Storey on Liverpool and their normalised brilliance