Snakes on a plane, Martin Keown with some 'interesting' punditry and the actual death of Arsenal... 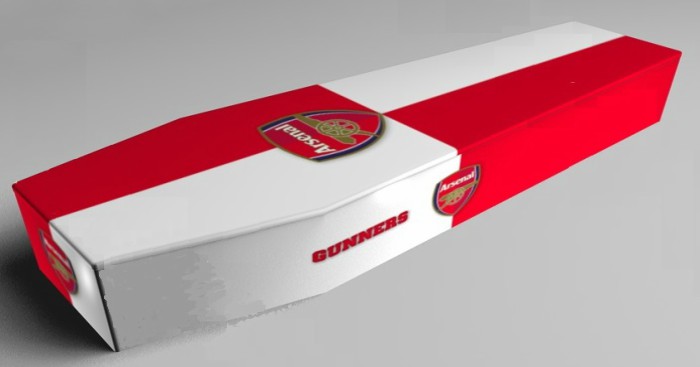 When’s the funeral?
It takes something quite special to be melodramatic about such a terrible night for Arsenal, but The Sun’s Neil Ashton has managed it:

‘This institution, one of the most famous clubs in the world, is dead and buried.

‘Here at the Emirates, the heart finally stopped beating.’

At a time when professional football clubs are close to going out of business, Mediawatch thinks one of the richest clubs in the world will be able to complete their fixtures this season. They’ll probably just change their manager, Neil.

The wonderful words of Martin Keown
The idea that television pundits should be strictly non-partisan is an odd one, but Martin Keown’s performance on BT Sport on Tuesday evening really was something.

“He looks like a Rolls Royce, galloping through that defence.”

If your Rolls Royce starts galloping, seek an engineer.

“Well it almost looks impossible for them to win now.”

On the reasons for defeat:

“Arsenal have been let down by the officials.”

Yeah. The bastards scored all ten of the goals.

“Hopefully this can be a springboard to better things.”

Who doesn’t use record defeats as a reason to turn that frown upside down? You might get a shock flicking through Wednesday’s papers, Martin. That does not seem to be the party line.

“The tenth goal was offside.”

Put a fork in us and tell us we’re done.

Memory, all alone in the moonlight
Mediawatch understands that Ian Wright was dazed and confused after Arsenal’s latest embarrassment on Tuesday evening, but Wrighty does have a very short memory.

“It’s a sad day because we’ve gone out again at this stage,” Wright said on BT Sport after the game. “We’re going through a period in our history that’s the worst in history I can remember.”

That’s the same Ian Wright who played in Arsenal teams that finished 10th and 12th and were the lowest scorers in the Premier League in 1992/93.

‘The protesters, 150 or so spotty teenagers calling for Wenger to quit before kick-off’ – The Sun.

‘Around 200 Arsenal fans gathered outside the Emirates calling for Arsene Wenger to leave’ – Daily Mail.

‘Around 300 fans had convened outside what was once the East Stand at their former ground Highbury an hour before kick-off…’ – Evening Standard.

There were definitely some fans.

First world problems
On Tuesday evening, while many of you were preparing for office jobs you don’t particularly like, a man paid handsomely to travel around the world watching Manchester United was grumpy. Very grumpy.

The Sun’s Neil Custis missed his connection from Moscow to Rostov you see, meaning he would only arrive on the morning of the day before United’s Europa League game rather than two nights before. Note that Custis hasn’t missed the match or even the pre-match press conference, but presumably an evening’s entertainment with his friends. Cue a wonderful meltdown played out on Twitter.

‘Never fly @aeroflot. stopped me from getting on Moscow-Rostov connection because I was 60 seconds late. have to await 7 hours in airport.’

‘Rules are rules. Shut up.’

‘They said I was 60 seconds late but and still there @aeroflotare a disgrace.’

‘Anyone who is thinking of going to Russia for the World Cup just forget it.’

‘Just another four hours to wait,thanks @aeroflot the worst airline in history. Checked in 40mins b4 take off and refused to let me on.’

‘Been awake now for nearly 20 hours, thanks v much @aeroflot you are crap.’

Mediawatch does like the idea of people packing their suitcases to go and support their country at the World Cup, only to change their minds because they’ve heard that The Sun’s man in Manchester missed a connection.

Moral of the story: Be on time.

However, whatever you do don’t tell Neil Custis he was late
Custis has a reputation for being a little aggressive, you see. Touchy even, particularly when nudged. Particularly when it’s by a broadsheet journalist.  Make your own minds up.

Most flattering to deceive in an English player? Most loyalty displayed by a manager? No and no.

‘During the 5-1 defeat at the Emirates Stadium, Oxlade-Chamberlain managed to complete 10 successful dribbles, which, according to Opta’s statistics, is more than any other player in a Champions League game this season.’

Firstly, that isn’t a ‘record’, it’s a mildly interesting statistic. Secondly, we have that Opta data too and can see that Monaco’s Nabil Dirar also completed ten dribbles against Bayer Leverkusen, so you aren’t even accurate. Keep up the fine work.

‘Admits’
Mediawatch has long had a thing for the word ‘admits’ in tabloid speak. It’s used to give a headline an edgy angle, but also implies culpability.

‘Walcott admits he looks up to Messi’, for example, as if Walcott is in some way in the wrong.

Wednesday brings a wonderful example of the genre, from the Daily Mirror:

Pires says a bad tackle led to Sanchez walking out of training. Note: nobody said or wrote there was a fight. https://t.co/44vkuvmBIB

Maybe not, Matt, but one paper did write that Sanchez had a ‘furious bust-up’ with his teammates. Your paper, the Daily Telegraph, on your article.

Still, Law did respond to that accusation:

That’s interesting, because in January 2016 Law wrote that ‘Oscar and Diego Costa separated after furious Chelsea training ground bust-up’. On that occasion the pair ‘had to be pulled apart by their shocked team-mates’.

And the winner is…

They did have those away fans bouncing on the tarpaulin like trampolines.

Heartwarming line of the day
‘I don’t honestly believe there is a link between the stag do and the disastrous displays of Taylor and Kevin Friend on Saturday – even though, in this job, I’m supposed to join in with the mock outrage and pretend I do’ – Dave Kidd, The Sun.

Come here and let us hug you.

Recommended reading of the day
Jonathan Liew on the Madridification of Barcelona. Not bad for a ‘pompous twat’.