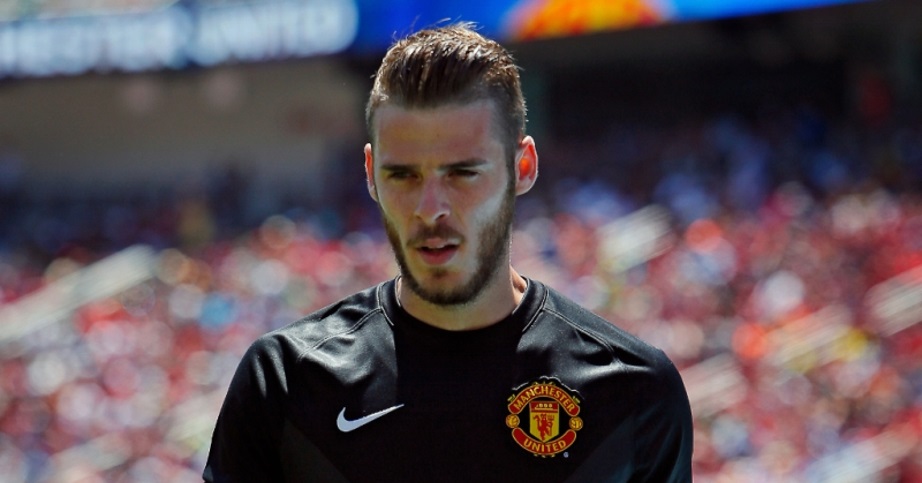 How Much?
‘The total spending was not much greater than the enormous £835m spent last summer’ – The Guardian.

Summary: Nobody has a sodding clue.

Top, Top Grading
We were genuinely tempted to save ourselves two hours’ work this bleary-eyed Wednesday morning by merely posting a link to ‘Football Expert & Columnist’ Paul Merson’s transfer window grades on the Sky Sports website. But we are nothing if not dedicated to snarkily bringing you the flotsam and jetsam of the footballing media so here are the highlights…

* Merson on his beloved Arsenal: ‘I’ll give them a B because the goalie is that good, but it should have been more. They needed a centre-half, a holding midfielder and a centre-forward – the spine of a team.’

So they needed four players and got just one; that’s a B. Mediawatch wishes Merson had been marking our A-Level French paper.

* Merson on Villa: ‘Staying up is going to be hard but I will give them a B+.’

* Merson on Leicester: ‘I’ll give them a B- because they haven’t managed to bring in a load and they’ve had to rely on the players that kept them up last season.’

Leicester have brought in seven players.

* Merson on Liverpool: ‘I like the way they’ve bought, but then I watched them against West Ham and oh dear…’

What does Merson give them? An A of course.

* Merson on massive title favourites Manchester City: ‘I like the signing of Fabian Delph, but I think Raheem Sterling and Kevin De Bruyne are pathetically over-priced. They have spent £54.5m on De Bruyne – and he’s a player they don’t really need. That position wasn’t on their hit-list and now someone like Samir Nasri isn’t going to get a game, which is phenomenal for me. They have bought well, but I am going to give them a B- for the money they have had to pay.’

Yes, Manchester City have definitely had a worse window than Arsenal. Absolutely.

* Merson on Manchester United: ‘They have let a lot of strikers go and I think they will be left short after not getting a top-drawer centre-forward in. Money talks and this club has money to get one.’

Wait a minute, we thought spending money was A Bad Thing.

* Merson on Newcastle: ‘Newcastle have had a go and you can’t ask for more than that.’

Has any sentence ever been more Merson?

* Merson on money: ‘Three million quid is a cup of tea in this day and age.’

* Merson on Sunderland: ‘This is another club that have brought in a lot of players and are likely to end up in the bottom half.’

Their mark? B- of course. Only Everton apparently deserve anything less than a B.

* Merson on Tottenham: ‘I need to give them a B- because they didn’t get what they needed and ended up buying anybody they could.’

We really are starting to think that Merson believes the alphabet ends at C.

* Merson on Watford: ‘I really don’t know what to say about Watford and all of these players they’ve bought. I can only give them a B- because they’re another team who’ve bought a lorryload of players and are in the bottom half of the table while they try to gel.’

Translation: Are we nearly there yet?

* Merson on West Ham: ‘I was tempted to give them a higher grade, but I think I will give them a B because they have done fine.’

Yes. I think we can all agree that West Ham’s transfer window has gone exactly as well as Arsenal’s.

The answers: Liam Grimshaw, Tiago Ilori, Regan Poole, Sergi Canos and Islam Feruz. If you got 2/5 or above, award yourself a Wagon Wheel and a yellow lemonade.

In De Know
Mediawatch suspects that The Sun’s Antony Kastrinakis (the Liverpool fan clearly relishing the opprtunity to write about another club’s ‘summer shambles’) is crediting David de Gea with a little too much knowledge:

‘Only De Gea knows if United really refused to negotiate until Monday. And if they took EIGHT HOURS on deadline day before returning the draft agreement with minor changes. Part of the deal required United landing Real keeper Keylor Navas, 28. And only De Gea knows what time he and Navas signed their contracts to swap clubs. And whether United uploaded them past the Monday midnight transfer deadline in Spain. Or whether the Madrid version of events is nonsense.’

We suspect David de Gea knows absolutely none of the above; the key word in the above extract is the very last one.

War Stories
‘UNITED GO TO WAR’ is the headline on the back page of the Daily Mail. Apparently there have been ‘tit-for-tat accusations and bitter recriminations’.

War? What you’ve described there is a long-term relationship.

Glass-Half-Full Quote Of The Day
“Keeping the main performers of the team that attempted that fourth-place finish in the Premier League two seasons ago and shared in some incredible memories in Europe last season will help us to integrate all of our new signings and to carry on reaching better levels of performance on a consistent basis” – Roberto Martinez. So now we know what went wrong last season – they didn’t even attempt a fourth-place finish.

Braveheart Quote Of The Day
“My heart and my mind was still here in Vicarage Road, and this is what I wanted. Now I bring my body and meet my heart here” – Adlene Guedioura.

Headline Of The Day
‘WAR ON PEACE’ – The Sun.

Worst Headline Of The Day
‘Cheery a-Mur’ – The Sun. Ouch.

Non-Football Story Of The Day
‘Roberto Esquivel Cabrera has just set a world record for having the longest penis.

‘The 52-year-old Mexican measured in at a whopping 18.9 inches (48.2cm), with a tip circumference of 10 inches (25cm), at certification by World Record Academy officials yesterday.

‘Mr Cabrera had been hoping for recognition by Guinness World Records but had to settle for the less famous certifier after Guinness confirmed it had no category for penis size. The World Record Academy stepped in after Mr Cabrera shared his story with a local journalist in an interview that was picked up by the world press over the weekend.

‘He told how his massive member had ruined his life, preventing him from having a relationship and even getting a job.

‘”Look where it is, it goes far below the knees,” Mr Cabrera said. “I cannot do anything, I cannot work, and I am disabled so I want authorities to declare me as a disabled person and give me support”‘ – News.com.au.