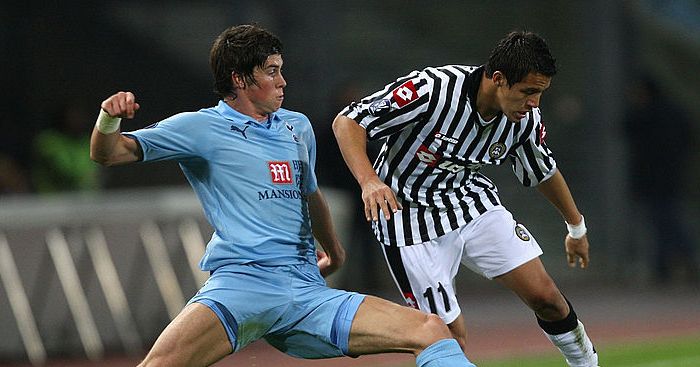 Fair play
‘Tanguy Ndombele got Tottenham out of jail against nine-man Plovdiv – and today they get Bale’ is excellent opening paragraph work from Paul Jiggins and Charlie Wyett of The Sun.

Bale money
But they do invite the question as to how much Bale is costing Tottenham, referring to it as a ‘sensational £20million loan move’ and stating that he ‘will cost them a mind-boggling £550,000 a week’.

So Real are only subsidising a small fraction of his overall wage?

‘It is understood Real have agreed to pay half of Bale’s £600,000-a-week wages and the deal will cost Spurs in the region of £13m’ – Jeremy Cross, Daily Star.

I understand Spurs hope to announce deals for both Gareth Bale and Sergio Reguilon tomorrow. Both players have had their MRI checks and completed most of their medicals in Spain. On the loan deal for Bale, it's closer to a 60/40 split on his wages with Spurs picking up the 40.

And now it’s ‘closer to’ £200,000. What is it about the earnings of Premier League footballers that makes such a ridiculous discrepancy in reporting acceptable? £350,000 a week is quite the gap. It’s almost the difference between clubs existing or not now. Let’s not treat it like small change.

At least Alexis Sanchez has been replaced as the host of this season’s Premier League wage Numberwang. For a while there Mediawatch was worried.

Forced marriage
The Sun website teases ‘a last-minute bid’ from Manchester United for Jadon Sancho. Apparently they are ‘confident Borussia Dortmund will be forced to accept a cut-price fee’ with a late offer.

Haven’t we been here before? Have we learned nothing, fellas? Has any outlet ever been more desperate to sell a player to a different club?

And as for basing this story on a claim made on The Transfer Window Podcast on Tuesday: top work. That was three whole days ago, around the same time you suggested Sancho was ‘sweating’ over his future despite the fact he seems settled and happy.

Now it’s Dortmund who will be under ‘pressure’ as United look to ‘tempt them to cash-in while they can’.

Because the value of 20-year-old international Jadon Sancho, with his extensive European and league pedigree and contract running until 2023, is only going to deteriorate over the space of 12 more months of top-flight football.

Dortmund really had better ‘cash-in while they can’, questionable hyphen and all.

Virtual reality
‘Thiago Alcantara will become a Liverpool player today after Jurgen Klopp agreed to pay £20million for the Champions League winner,’ writes the Daily Mirror‘s David Maddock, who adds that ‘for all the denials this summer, Klopp privately refused to give up his pursuit of Thiago’.

‘All the denials’ like this one, issued on May 2 not about Thiago, but Liverpool’s business as a whole?

‘Champions-elect Liverpool now look virtually certain to do no transfer spending this summer.’

‘The Reds know there is NO way they can take on huge financial commitments in the transfer market for the next 12 months.

‘And so they will go into next season, when it finally gets underway, with the same squad, though they could look to offload players who are out of contract, and sell peripheral players if at all possible.’

Maddock sure did sound pretty certain then. A valuable reminder if you missed Thursday’s lesson: You only ever know what they want you to know.

Echo chamber
Anyone who feared the Liverpool Echo would soon exhaust every possible Thiago angle need worry no longer. Here are a selection of their prominent headlines on Friday:

That ‘triple transfer statement’ being making ‘a world-class addition’ to their midfield, freeing up Fabinho to play at centre-half and persuading Georginio Wijnaldum to stay. It’s tenuous at best.

Liverpool usually sell players to ‘the super clubs’ instead of signing them, you see. But ‘what does this signing mean for the future? Could this apparent change of strategy open up the path for a deal for a certain Kylian Mbappe down the line?’

And last but not least, an absolute doozy:

How in the name of all that is holy is an Italian striker who last played for Liverpool in April 2015 even vaguely relevant to the signing of a Spanish midfielder more than half a decade later?

Well Thiago is to ‘join a very select group’ of Champions League winners when he moves to Anfield. Quite how that means he ‘can put right Mario Balotelli blunder for Liverpool’ is unknown.

Credit where it’s due though: it’s difficult to come up with one idea for content on a player, never mind 427 in about five hours.

Pair of vans
The quote from Edwin van der Sar on Donny van de Beek: “I’d compare him a little bit to Scholesy, although Scholesy had a cracker of a shot from 30 to 40 yards out. That’s not Donny’s strength, but he likes to come into the box and chip in with goals.

“Maybe it’s unfair to compare him to Scholesy, but he’s a good lad and I’m sure he’ll be a great addition to the team that Ole Gunnar Solskjaer is creating.”

Hard sell
On second thoughts, the answer to this question…

Which Sun value of former Arsenal players is funniest?

Jack Wilshere being 'worth' £15m

Juventus outcast Aaron Ramsey being 'worth at least, if not more than, £60m' pic.twitter.com/gPvBono9JC

…might be the suggestion that 35-year-old Santi Cazorla, as beautiful as he is, is ‘worth’ £15m.

Mind you, the claim that Alex Oxlade-Chamberlain ‘went on the cheap’ to Liverpool is sensational considering Arsenal got £35m for a player in the final year of his contract. That was actually excellent business.

But saying that Aaron Ramsey ‘is worth at least, if not more than, £60m’ is preposterous. He is 29, injury-prone, started 11 Serie A games last season and is entirely surplus to requirements at Juventus. Who in their right mind would value 25-year-old European champion and Bayern Munich regular Serge Gnabry at the same price?

That would be Ismaila Sarr, of Championship Watford. Erm…

Recommended reading of the day
John Brewin on Macclesfield Town.