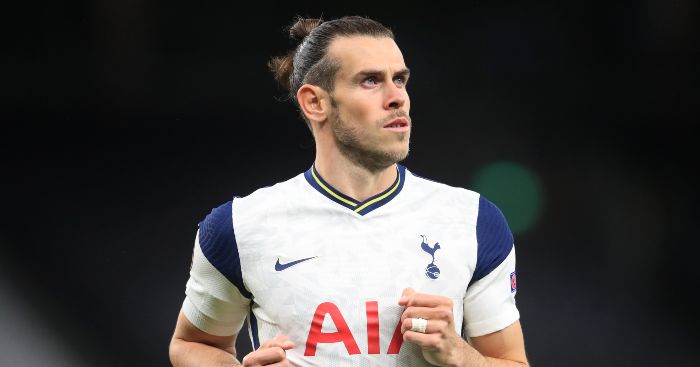 Gareth Bale was, by his own admission, “a bit stiff” on his first start in 120 days as Tottenham beat LASK on Thursday evening. It would take a fool to expect him to be absolutely sensational immediately, after all.

Over to you, Duncan Wright of The Sun.

‘Don’t be blinded by the assist for the second goal.’

Yes. Don’t take into account that really good and effective thing he did. Quite right.

‘His manager won’t when it comes to analysing things and planning for future matches.’

Well he might bear it in mind a little.

‘For the former Real Madrid star is clearly not the barnstorming running threat of old, and that represents a problem for Mourinho when it comes to putting together a side to get back to winning ways in the Premier League.’

How dare Bale not be ‘the barnstorming running threat of old’ when he had played 431 minutes of competitive football in 2020 before this match in late October.

‘His lack of true match sharpness means he might not be the perfect fit for his manager right now.’

Perhaps not literally right now, no. Yet how does a player establish ‘true match sharpness’? It feels like he probably has to play a bit of actual football to reach his previous levels.

Wright also suggests that ‘making those lung-busting runs on a regular basis…is not his game any more’.

His three dribbles were more than every player except for Sergio Reguilon and Erik Lamela.

Instead, Bale ‘now likes to drop into pockets of space and cause damage with his passing and guile rather than blistering pace’. Which is fine but ‘there is already a certain Harry Kane who does that for Spurs with devastating effect, and Mourinho needs to figure out if he can afford two players who operate in the same way’.

That really is the eternal question: can a football manager ‘afford’ to have one ‘terrific player’ and another at his absolute peak playing in a similar way? It’s quite the conundrum.

Bale said he was in “a mini pre-season” after the game and was “just trying to get up to full speed”. He hasn’t played 90 minutes for Tottenham yet. But a headline referring to him as ‘a changed player’ who ‘may not warrant starting place in Mourinho’s team’ is absolutely fair.

Welcome back, pal. It must feel like Marca have followed you.

Paul Jiggins was at the Tottenham Hotspur stadium to bring us this:

‘In-between, the ever-improving Pierre-Emile Hojbjerg needed his head bandaged Terry Butcher-style after coming off second best in a challenge with Rene Renner, a tackler so bad they named him twice (well almost!)’

Mediawatch appreciates the sentiment laid out by Andy Dunn in the Daily Mirror as he laments the demise of Mesut Ozil.

‘What a challenge it would have been to maximise the talent of a player who can see passes not a single other member of Arsenal’s outfield squad can dream of,’ he writes. And ‘what a shame Mikel Arteta has shirked it.’

But his use of one statistic – ‘of the 10 Premier League matches Ozil has started for Arteta, only one ended in defeat for Arsenal’ – seems a little selective.

It is true: Arsenal have lost only one of the ten Premier League games Ozil has started for Arteta. But they also drew more (five) than they won (four) and scored a hardly prolific 16 goals.

That also disregards the 120 minutes he played against Olympiakos, when he failed to prevent Arsenal losing 2-1 at home.

It’s almost as if this creative midfielder will be judged on metrics other than avoiding domestic defeat.

Gary Neville naming his all-time overseas Manchester United XI is absolute fodder for any football website worth its salt. But the MailOnline have tried to engineer a talking point out of absolutely nothing.

The Daily Mirror website has a new favourite word on Friday. See if you can spot it:

Those ‘admissions’ are also bunkum, by the way. First, David Maddock tells us that ‘Fabinho has admitted it is pointless even THINKING about replacing Virgil van Dijk’.

The same story quotes Fabinho as revealing “of course, I am not Virgil,” before saying: “But I have got to do a little of what Virgil always does.”

But it is pointless even THINKING about replacing him.

Next, Adrian says “it was a little bit different, strange, we missed some good players” against Ajax. He doesn’t mention Van Dijk by name. Who says he wasn’t on about Thiago? Or half-time substitute Jordan Henderson? Or Divock Origi?

And then Luke Ayling rocks the football world by saying that newly-promoted Leeds, with their squad comprised mostly of players without Premier League experience, are “still learning” at that level.

How will Manchester United cope without Eric Bailly (one Premier League start since late February, in which they conceded six times at home) and Jesse Lingard (is Jesse Lingard)?

Alex McLeish is nothing if not perceptive. Who else would suggest Danny Rose, out of contract next summer and omitted from both Tottenham’s Premier and Europa League squads, might not play for them again?