Home Mediawatch Casemiro moves ‘makes economic sense’ for Manchester United, but is it actually off? 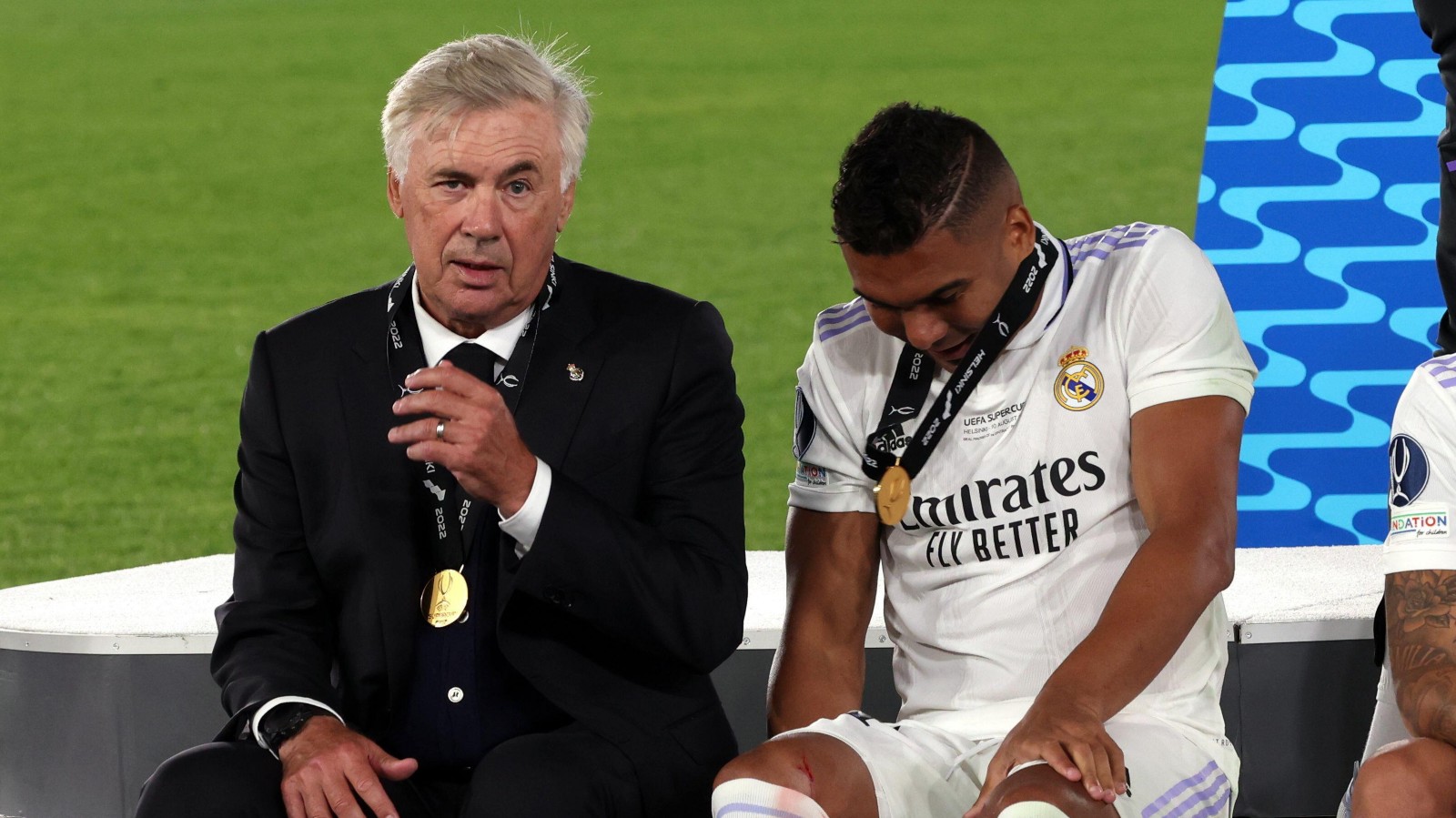 Man United are closing in on Casemiro – or has his mum confirmed the deal is off? – but Carlo Ancelotti is either devastated or not bothered.

Can you name the truck with four-wheel drive
Casemiro’s transfer to Manchester United has entered the interminable final stage. A fee has been agreed between the two clubs. Personal terms are not thought to be an issue, with wages and contract length widely reported. The wider footballing world has reacted.

That sadly leaves one final scramble to hoover up any possible clicks before official announcements and the like.

Fortunately for both the Daily Mirror website and MailOnline, they are experts in this particular sh*thouse field. And so…

No prizes for guessing which headlines belongs to which outlet. If you’re struggling, check for character count, ellipses and RANDOM CAPITALISATION.

Smells like a steak and seats 35
The best bit is that once such a story has been covered in one place, the usual suspects plough in because original thought is for nerds.

Well she unfollowed them hours later so did that appear to confirm the collapse of said imminent Manchester United transfer? Or does this only work one way?

The Daily Star website have the right idea: ignore the quite important first part of the story and focus only on the subsequent bit. ‘Casemiro’s mum ‘unfollows Man Utd on Instagram’ as Real Madrid star closer to transfer,’ they say.

Mediawatch has already committed far too much time and energy to this. They have our clicks. We are the fools here.

Casemiro! Casemiro!
But what does Carlo Ancelotti think of the deal? The Italian did speak about it on Friday morning but reports about his general mood had emerged long before then.

‘Ancelotti values Casemiro highly and is loath to see him go as he has been instrumental to Madrid’s tactical set-up, winning 18 titles during his nine seasons there’ – Pete Jenson and Simon Jones, Daily Mail.

Well, it goes real slow with the hammer down
Elsewhere in that Mail article by Messrs Jenson and Jones:

‘However, the midfielder is excited by the prospect of a new challenge in the Premier League of helping to revive United’s flagging fortunes while the lucrative figures on offer make economic sense for the club and player.’

For the player? The 30-year-old who stands to double his current earnings? Yeah, that certainly makes economic sense.

It’s the country-fried truck endorsed by a clown!
The Daily Mirror website certainly has a new trick.

After Thursday’s offering of ‘Joao Felix has told Erik ten Hag his best position and who Man Utd should sign after him,’ comes more apparent apparent direct tactical instructions from a prospective signing to their new manager, which actually transpires to be no such thing.

‘Despite being Brazilian, it’s not his fancy footwork that earns him the most plaudits, but his tough-tackling, opponent-angering style of play which allows the superstars to do the rest.’

‘Despite being Brazilian’ is a phenomenal start to any sentence.

‘He’s not ashamed of it either, as Casemiro proudly explained in an interview with Revista Panenka in February: “My function is to destroy, to be heavy, to cut out counter attacks.

‘”Besides, there is a great difference between doing a foul and acting with malice. I always try to arrive at the ball. I go strong, of course. If I do damage to someone, it angers me. A foul is part of the game, but malice, never. They are the values my mother showed me. I am never going in to do damage nor insult a player.”‘

Not really sure it matters what the Manchester United stance on possible Casemiro debut vs Liverpool FC is. Register him in time to play with regards to established Premier League regulations – and get the bloke a work permit – and he can play whenever.

What’s around £10m between friends?
‘Real Madrid are open to the sale of Casemiro to Manchester United in a potential deal worth in excess of £60m’ – Sky Sports.

‘Manchester United hope to announce the signing of Real Madrid midfielder Casemiro for close to £60 million in the next few days’ – Daily Telegraph.

‘Casemiro wages at Man Utd and where it ranks him as £50m transfer edges closer’ – Daily Mirror.

Glum note
Over at The Sun website, news of Casemiro’s mum’s social media activity clearly hasn’t filtered through yet:

‘The out-of-form side host Liverpool on Monday and do so after their worst start in over 100 YEARS, as they currently sit BOTTOM.

‘United have three days to prepare for Liverpool’s visit and some of their top stars were snapped pulling into their Carrington training base.

‘So too was Anthony Martial, 26, who is set to return against Liverpool following injury.’

Punch drunk
‘He’s even had to admit he made mistakes after being left off this week’s fixtures because his advice to Anthony Taylor during the Chelsea-Spurs punch-up was so poor’ – Mark Irwin, The Sun.

Don’t punches have to be thrown to constitute a ‘punch-up’?