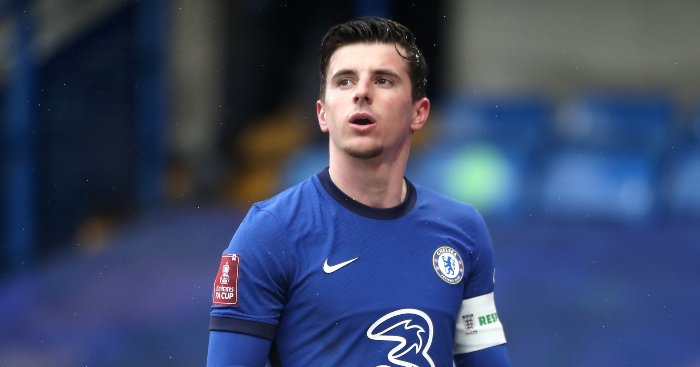 In even more unfathomable news, Chelsea boss Thomas Tuchel won’t sell Mason Mount and Reece James purely because they are young and English.

DARK web
Question: What was the biggest story in the entire football world as of Wednesday morning, a matter of hours after Manchester City went top of the Premier League table, Arsenal moved up to 8th, West Ham rose into the Champions League places and Leeds further condemned Newcastle to fears of relegation?

Answer: Well this was top of The Sun’s website all morning, until at least 12pm.

You wouldn't see Frank Lampard training Chelsea in the DARK, would you?! You literally wouldn't.

Although someone should tell The Sun's website that floodlights exist. pic.twitter.com/I8Dz9KgHOp

Imagine it being DARK when training was at NIGHT because his appointment was only made official earlier in the DAY and Chelsea needed to get another session in because they play Wolves on Wednesday NIGHT. When it will also be DARK.

Bambi was shot for this. For some random to come along and train in the DARK? Whatever next, set-piece routines in the RAIN?!

Taking the Mik
To reiterate, Chelsea host Wolves on Wednesday. They did not play on Tuesday. But that is not about to stop tabloid football journalists from mourning the unjust sacking of Frank Lampard, even in opinion pieces about Arsenal beating Southampton to move above the Blues, at least for the time being.

‘IT is a good job for Mikel Arteta that he doesn’t work for Roman Abramovich because he would be out on his ear by now if the ruthless Russian was his boss’ – Mark Irwin, The Sun.

Probably. And it would be entirely deserved if Arteta had been given signings worth £200m before proceeding to take Arsenal down from 4th to 9th.

‘Gunners boss Mikel Arteta is up to eighth, within five points of the Champions League places.

‘And he can thank his lucky stars his boss is not a trigger-happy oligarch who found £250 million down the back of the sofa last summer and expects an instant return on his investment’ – Mike Walters, Daily Mirror.

How ludicrous it was for that ‘trigger-happy oligarch’ to want ‘an instant return on his investment’ that represented something more than being 12 points behind the current leaders at the halfway stage.

Thomas and friends
By the way, you can really sense how much The Sun already distrust the new fella. Over to you, Andy Dillon:

‘His highbrow approach to the game and trademark, slim-fit puffa jacket will make him a hipsters’ favourite.’

Just call him foreign and be done with it.

Revelation of the day

‘The sacking of Lampard triggered concerns over the futures of the Chelsea academy graduates who thrived during his 18-month reign.

‘It is understood, however, that Tuchel views players such as Mason Mount, Reece James and Tammy Abraham as key men in his Stamford Bridge revolution and he will continue to give Chelsea’s youngsters the platform to perform.’

You mean to exclusively tell us, Sami Mokbel of the Daily Mail, that Tuchel won’t ostracise his best right-back, one of his most effective midfielders (the club’s best player so far this season) and a striker with 11 goals, six assists and 13 starts this season, purely because they are young academy graduates?

That can’t be right. This new bloke is German. He isn’t Frank Lampard. He trains in the DARK. Surely he will just ignore the 23-year-old kids and play all the old men at Chelsea despite his reputation for developing younger talent?!

Tuch paper
Maybe he will ask his wife how best to manage Billy Gilmour.

After all, it is Sissi who The Sun website obviously profile because that is what they do.

She is part of Tuchel’s ‘inner circle’, of course, and ‘it is likely that he consulted wife Sissi, who is a huge influence on his career choices, before deciding to move to the Premier League’.

You thought he took a job and moved to a completely different country without telling his family, didn’t you? Dafty.

‘Although she’s not involved in footballing decisions, Sissi Tuchel is said to be a huge support to her husband of 11 years.’

Mediawatch will be here all day giggling at ‘is said to be a huge support’. Wife reportedly encourages husband. Sources claim couples helps one another. Brilliant.

They stress this point by adding that ‘it is believed she has a big say on his career choices’. This literally just sounds like a very healthy relationship you are describing in strange football parlance.

Welcome to the British media, guys. Sorry it’s like this.

City breaks
Mediawatch really does miss the hyperbolic stylings of Neil Ashton. But thankfully Charlie Wyett seems singularly determined to fill that role for The Sun. Take his match report on Manchester City beating West Brom 5-0 as a prime example.

‘Nothing will frighten them – certainly not a visit to the home of the crumbling champions.’

‘The crumbling champions’ are seven points behind ‘the best team in English football by some distance’ with half the season to play.

‘It will take an absolute miracle to stop Allardyce’s shambolic team from sinking back down into the Championship.’

Six points from safety. Six points. It would be a minor surprise, not walking on sodding water.

‘It will take something spectacular to stop City.’

‘City’s last defeat was the 2-0 loss at Spurs in November and we could be waiting some time before they suffer another loss.’

Wyett unfortunately does not sense the irony in crowning City as title winners in January while simultaneously describing this victory over a team needing ‘an absolute miracle’ to stay up as ‘a tap on the shoulder for any Manchester United fans getting carried away with themselves’.

Yes, they are the ones who need to keep perspective here.

Notice bored
But enough of that and back to old Tommy Tuchel, because the Daily Mirror website has noticed four things from his first Chelsea training session and fortunately enough, they are all related to the pictures they could get on their Getty Images subscription.

First, he and Christian Pulisic stood relatively close together at one point because they have been ‘reunited’.

Second, Marcos Alonso was there. And whoever that is at the back pointing out he is a Chelsea player and thus is in every training session for which he is available, shut up because he is ‘out from the cold? (sort of)’.

Third, and this one is a doozy:

‘Shortly before his announcement it was claimed that Tuchel had been ordered to keep giving Chelsea’s young players a chance.’

Yep. Definitely happened. And without that order he was about to sell Mason Mount to some League Two side.

‘It seems Tuchel is wasting no time getting to learn exactly what Reece James is capable of and even appears to be passing on some advice.’

Hold on a gosh darn second. Surely bloody not. Manager ‘even appears to be passing on some advice’ to player? It’ll never catch on.

The final thing to be noticed? That he was ‘getting stuck in’. Why not make it five and point out that it was DARK?

Recommended reading of the day
Sid Lowe on Martin Odegaard.