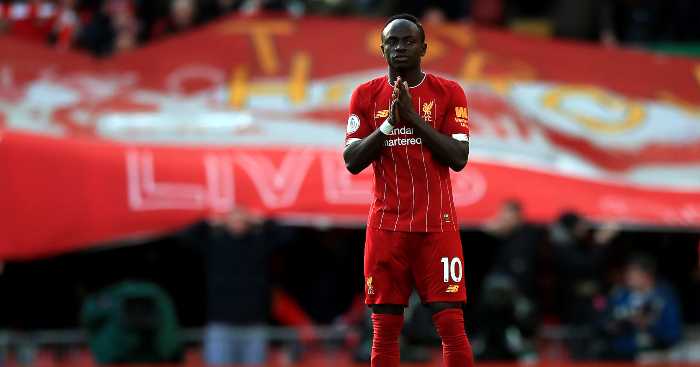 We particularly need guidance with the back page of The Sun on Monday:

‘UEFA chiefs are planning to settle the Champions League and Europa League with one city semi-finals and final – over FIVE days.’

Love bug
The Sun somehow manage to eke out SEVEN pages of football coverage despite there being very little in the way of actual football. There is a theme of course and everything has to be crowbarred into this theme, which leaves us with this remarkable opening paragraph to a news story included under the umbrella of ‘COVID-19 CRISIS’:

‘CESC FABREGAS used the break in football action to reveal how he once got infected by a gambling bug – which ended with him buying a team-mate a car.’

Oh wow. We’re not sure whether to cry or applaud.

Jeopardy!
It feels a little surreal when the front page of the Daily Mirror leads with ‘SAVE OUR ELDERLY’ as they face the prospect of four months of self-isolation and then you turn to the back pages and find this:

‘THE FA Cup is in serious jeopardy with no decision on whether it can go ahead expected until next month.’

Cancel culture
Over to The Sun website now and news that gets to the heart of the real problem caused by coronavirus. Won’t somebody think of the footballers who want a night out?!

We’re not quite sure where to start here. With the fact that Sadio Mane and Jordan Henderson are probably slightly more concerned by the possibility of the whole season being declared null and void and their almost-certain Premier League triumph being wiped from the record books? Or just with ‘who really gives a fuck?’?

‘Huge blow’? What a huge pile of bollocks.

Year of the Pog
On Sunday, The Athletic brought us the story that Paul Pogba ‘is expected to return to training with his Manchester United teammates on Tuesday’, which is up there with the most pointless of news updates as there could conceivably be no football until August. But we cannot be fussy in these difficult times.

The piece goes on to say that Pogba has been ‘undergoing personal coaching with Michael Carrick away from the main group’ and that he has been putting in “real graft”. Well done Paul; that is what you are paid to do.

And from that snippet we arrive here…

‘What Man Utd coach Michael Carrick has been trying to help Paul Pogba with in training’ – Daily Star website.

What Carrick is doing is helping train him. And Pogba’s ‘class reaction’ is to train.

Man Utd fixtures LIVE
One way to pull in the clicks is to pretend that you have inside information on when football can resume. And when we say ‘pretend’, we basically mean ‘cynically mislead’.

So over to the Manchester Evening News and a headline that reads:

Obviously the ‘Paul Pogba latest’ is that he is set to return to training this week, but what of the ‘Man Utd fixtures news’? Well here it is in its entirety:

‘As it stands, Manchester United’s next game will be away at Brighton, in the Premier League, on Saturday April 4th.

‘However, indications suggest that the coronavirus outbreak will not have subsided by then and officials will already be discussing what happens if that round of fixtures doesn’t go ahead.

‘We’ll keep you updated on the latest implications on the world of football as the COVID-19 spread impacts all sport.’

Translation: We know exactly as much as you, but what we do know is that people Google ‘Man Utd fixtures’ an awful lot.

Odion experience
Back to The Sun online and they have realised that if the Premier League season extends beyond July then those whose contracts expire on July 1 may not be eligible to play. And that means the headline belongs to Odion Ighalo because, well, Manchester United. The piece continues:

‘Ighalo has been an integral figure for the Red Devils since his loan move from the Chinese Super League in January.’

Well he has played 31 minutes across four Premier League games. He’s been good. ‘Integral’ might be a stretch, mind.

‘The Nigerian, 30, has scored four in three United starts as they look to mount a Champions League charge.’

Hmm. Not sure United were ‘mounting a Champions League charge’ when they beat Derby 3-0 in the FA Cup. The Nigerian, 30, has not actually scored in the Premier League.

Tariq Panja on the stranded stars of Wuhan FC