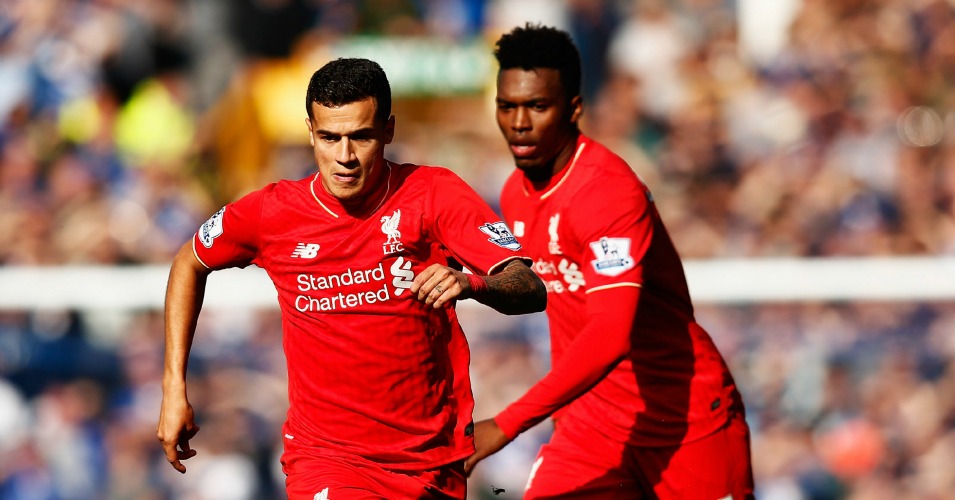 Brendan Rodgers has lost his job because of a ‘laptop guru’, while Jurgen Klopp is really not all that…

Beard wars
Mediawatch has been waiting for vehement anti-hipster John Cross of the Daily Mirror to weigh in on Jurgen Klopp; the wait was over at 11.19 on October 7. Klopp of course is no Arsene Wenger (did Crossy mention he has a book out about Wenger?).

We will stop you there, Crossy.

Hummels, Gundogan and Lewandowski were indeed world-class players by 2011 but in 2008 – when Klopp actually took over Borussia Dortmund – the 19-year-old Mats Hummels had played a handful of games on loan from Bayern Munich, the 17-year-old Gundogan had not broken through at VfL Bochum and the 19-year-old Lewandowski had just completed a season as top scorer in the Polish second division with Znicz Pruszkow.

If those players were world class, it is because Klopp helped make them world class. We suspect he will attempt to do the same with the players at Liverpool (though Joe Allen may be a lost cause).

Why Klopp chose Liverpool
‘Boredom probably has something to do with it’ – Steven Howard, Chief Sports Writer of The Sun.

Get him to the geek
‘Now the ebullient (Harry) Redknapp has been replaced by a clipboard manager.’

That line from Neil Ashton of the Daily Mail in November 2013 tells you all you need to know about his views on football management. He loves top, top, top bloke Harry Redknapp with his “just f**king run around a bit” approach to tactics, was enraged by the studious Andre Villas-Boas to the point of open warfare and championed Tim Sherwood for all his facking passion. Ashton is a proper football man backing other proper football men.

And what’s worse than a ‘clipboard manager’ to a proper football man? A ‘laptop guru’, of course.

The target of Ashton’s ire is ‘the laptop guru who did a number on Brendan Rodgers’. Or Liverpool’s head of technical performance Michael Edwards, as he probably prefers to be known.

Edwards is one of six (now five) members of the infamous Liverpool transfer committee that has been deciding on the Reds’ transfer business since 2012.

The implication of the words ‘did a number’ are of course that Edwards caused Rodgers’ downfall. With his laptop.

Let’s take a look at the charge sheet – as detailed by Ashton:

* Edwards ‘dropped the owners emails throughout the day’.

Presumably from his laptop. The c*ck.

* ‘Edwards encourages staff to use his nickname ‘Eddie’, giving a matey feel to the working environment.’

This is becoming indefensible.

* ‘Edwards fell perfectly into place with FSG’s Moneyball strategy, the statistical model designed to extract maximum value in the transfer market. Clearly, with the club 10th in the league and paying up to three times the going rate for players, it needs refinement.’

Did it also need ‘refinement’ when the same strategy took Liverpool within a slip of the Premier League title?

* ‘Despite a lack of playing experience at any relevant level, Edwards, who earns £300,000 a year, has a big say on Liverpool’s notorious transfer committee.’

Not quite the same say as Brendan Rodgers (who had the final say), whose playing career highlight was as a defender for Northern Ireland Schools; he earned over £3m a year.

* ‘After each Liverpool game Edwards emails analysis and data to the club’s owners in America, detailing where the match was won and lost.’

* ‘Edwards and his team of analysts have invented a new language for football. Strikers are all about goal expectancy, chances created and the percentage of successful passes in the final third. Old-school managers just want to know if the boy can put the ball in the net. Defensive midfielders are judged on interceptions and the number of challenges won in the centre of the pitch.’

Firstly, we’re pretty sure that Edwards did not invent those words. And secondly, what do ‘old school managers’ judge defensive midfielders on if not tackles? The muckiness of their shorts? The blood on their testicles?

* Edwards and his breed ‘sits in air-conditioned offices’.

* ‘They profile players based on their last 10-20 appearances, gathering information and helping Rodgers build a presentation for his players before matches that was usually a maximum of 10 pages on each team. It is a useful, but far from infallible, tool.’

* ‘He has emerged as a senior figure at Liverpool, empowered by FSG to make the call on big transfer targets after gaining their trust since his arrival in 2011.’

Oh. Right. So does he have the final say? That might explain how he ‘has Rodgers’ number’. Did he make him buy Divock Origi?

* ‘They clashed over transfer strategy, although Rodgers went on record to insist that he always had the final say over the recruitment of players earmarked for the first-team squad.’

Oh. It’s almost like two blokes who worked together didn’t quite get on. And one of them had a laptop.

Floppity-flop
‘The committee have yet to explain how they came up with the figure of £29million to sign Brazilian forward Roberto Firmino from Hoffenheim, who finished eighth in the Bundesliga last season,’ writes an indignant Ashton.

Presumably Chelsea should not have offered anything close to £35m for John Stones on the basis that Everton finished 11th last season. Because that’s exactly how it works.

Oh and the initial fee for Firmino was less than £22m. And he did score 23 goals and claim 21 assists in his last two seasons in the Bundesliga. Some might say the boy can put the ball in the net.

The other transfer committee flop cited by Ashton is Divock Origi, who ‘could not even come off the bench in the club’s last two league games’. He couldn’t? He couldn’t actually get up? Blame the d*ck with the laptop.

Checks and balances
After reading Ashton’s hatchet job on the geek with the laptop, Mediawatch consulted James Pearce in the Liverpool Echo for a breakdown of Liverpool’s signings and just how many of them were driven by somebody other than Rodgers.

So the only two undoubted successes of Liverpool’s transfer business since 2012 were suggested by members of the committee rather than poor put-upon laptop-less Brendan Rodgers?

Wizardry
‘Edwards can tap away at a laptop and within seconds tell you how many assists the 24-year-old Turkish left back Eren Albayrak has made for Rizespor this season (four).’

Slight difference of opinion
‘ROMAN ABRAMOVICH faces a world record £37.5m pay-out if he decides to sack Jose Mourinho. Starsport can reveal the Chelsea manager is on a contract worth over £10m a year at Stamford Bridge’ – Daily Star ‘exclusive’.

‘Jose Mourinho set for £30million payout if Chelsea wield axe on under-pressure boss…Mourinho signed a lucrative new deal worth around £8.5million-a-year two months ago after winning the League in May and the Capital One Cup three months earlier’ – Daily Mirror.

So when the Metro tells us that ‘incredible stats prove Arsenal’s Ozil is best in Europe at unlocking defences’, we were intrigued.

What are these ‘incredible stats’? Are they the kind of complicated stats put together by laptop gurus?

Or is it just a list of players who have created the most chances in Europe?

They should have gone with ‘incredible stats prove Bordeaux’s Khazri is third-best in Europe at unlocking defences’.

The Incredibles (Two)
The Metro also brings us ‘incredible stat shows Arsenal duo are utterly devastating when playing together’.

It sure is remarkable (and incredible) as Mesut Ozil and Theo Walcott have actually only scored 30 goals in total since the German joined in 2013.

Neven-ending story
Transfer gossip is thin on the ground with the transfer window almost three months away. That just means the Metro have to try harder to conjure up their bulls**t.

‘Liverpool are ready to move for Borussia Dortmund defender Neven Subotic once Jurgen Klopp is appointed as the club’s manager, according to reports,’ the piece begins.

‘According to Calciomercato, who also cite the Daily Express, Subotic could be the club’s first signing during his tenure.’

Yet the Daily Express story they are referring to makes no such claims. ‘Revealed: The four players Jurgen Klopp could take from Borussia Dortmund to Liverpool,’ was the headline on that story.

‘Neven Subotic joined Dortmund in 2008 from Mainz 05, the same year and from the same club as Klopp. So could he be set to follow him again?’ was how the Express piece sold the rumour, also touting Marco Reus, Henrikh Mkhitaryan and Ilkay Gundogan as potential targets.

From ‘could he be set to follow him again?’ to ‘ready to seal’ in two meaningless steps. It’s October.

Worst headline of the day
‘BECK IN THE MIDDLE FOR ROO’ – Just awful from the Daily Mirror.

Football non-story of the day
‘Arsenal declare attendances far higher than police figures as club count tickets sold rather than fans through turnstiles’ – The Daily Mail ‘REVEAL’ that Arsenal are like every other club everywhere.

Non-football story of the day
‘A man whose scrotum drastically swelled in size has had the 80lb pound mass removed – and can finally have sex again. Dan Maurer, from Michigan has been unable to have sexual relations with his with for seven years due to the dramatic swelling, caused by a condition known as scrotal lymphedema. The 40-year-old wasn’t even able to walk properly due to the massive growth. Doctors have now been able to remove the mass after a 14-hour operation, giving Dan a new lease on life’ – Metro.