Home Mediawatch Mediawatch: Do as I say, not as I did… 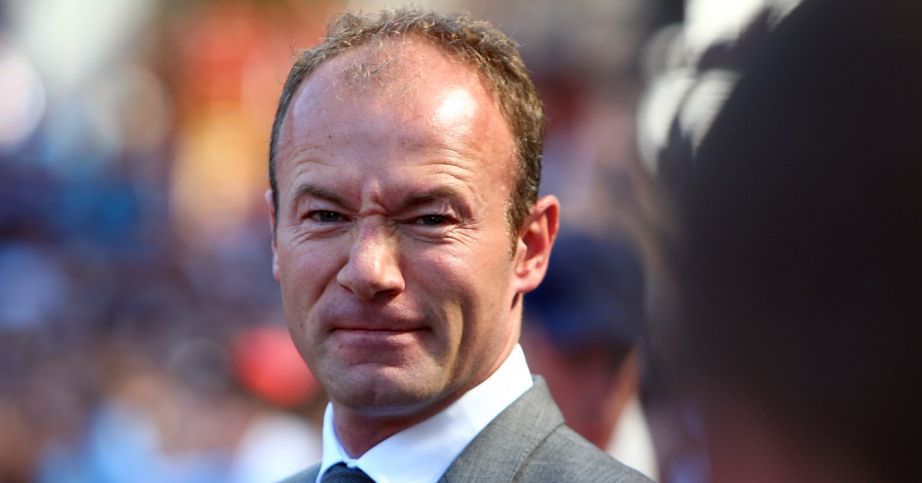 Alan Shearer is full of praise for Wayne Rooney but forgets about his own England days, Jose Mourinho becomes James Bond (he wears a Tuxedo) and we finally reach peak Metro…

Nailed It
‘Wilshere nears comeback… Jack Wilshere is expected to continue his recovery from a fractured fibula when he rejoins the squad in training next week’ – Daily Express, September 9.

“I expected Jack to be back and available and it’s slower than expected. He had a little setback, I don’t know quite what. I have to talk to my medical staff” – Arsene Wenger, September 10.

Lesson: Never predict the fitness of an Arsenal player.

The actual quotes from Rooney read as follows: “I just have to keep playing. I understand there are a lot of young lads in this team and I don’t want to give my place up. I want to play, I want to make it hard for the manager to leave me out over the next couple of years.”

The fear is palpable.

You Only Click Twice
‘The name’s Jose… Jose Mourinho: Chelsea boss goes for James Bond look (but it’s his daughter who steals limelight at GQ awards),’ reads the headline on MailOnline.

1) He isn’t dressed as James Bond, he’s dressed in a tuxedo and bow tie. That’s because it’s a black tie do. You could use the same headline for almost every other man at the event (although we guess that wouldn’t be a ‘sports’ story).

Don’t Wanna Miss A Thing
In The Sun, Alan Shearer writes a brief ode to Wayne Rooney, explaining why we will miss him when he’s gone.

‘Because he has been playing for so long we have got used to Rooney,’ Shearer writes. And when you get used to something you can stop appreciating it.’

Mediawatch invites you to play a game. Can you see which important thing Shearer has left off his list of reasons to cherish Rooney?

– ‘The way he always makes himself available for his country’

Sheesh, if Rooney starts playing well in an England shirt again he’ll really be a hit.

Club > Country
Something else in Alan Shearer’s Rooney eulogy stuck in Mediawatch’s throat, and that’s this sudden appreciation of those who value country over club.

Leaving aside allegations that Shearer threatened to withdraw from England’s 1998 World Cup squad over a potential Premier League suspension, his words when announcing his retirement from international duty back in 1999 seem pertinent.

“I want to remain one of the best and to do that I need to pace myself more,” said the then 29-year-old. “I want to remain at the top of my game at Newcastle for as long as possible. I want to concentrate on Newcastle United and them alone for the rest of my career.”

But yeah, let’s adore Wayne for loving playing for England.

“Danny Blind is not facing the sack. He’s only been our manager for two games. Despite losing both, we could still qualify for the European Championship finals.” – the Dutch Football Association.

We know who we believe.

Whilst Mediawatch isn’t convinced that all is hunky dory at Old Trafford, claiming that United are in ‘meltdown before Liverpool’ is stretching the point given that the story itself (which was an exclusive by The Times) states that this confrontation happened ‘weeks ago’.

The Most Metro Headline Of The Day/Week/Ever
‘Watch: Arsenal’s Willock wants to take Rihanna for a cheeky Nando’s’ – Metro.

Parlour Made
Mediawatch rather feels sorry for Ray Parlour. When asked to do a ‘hit or miss’ of new Premier League signings, he might well have tried to make the point that it’s a little unfair (and really sodding odd) to judge a signing before they have played a game for their new club. He might not have protested, but we’ll give him the benefit of the doubt.

That said, we couldn’t avoid sharing the line that made us giggle most. On the subject of Anthony Martial, Parlour says: “I look forward to seeing him play but I think it’s going to be a miss.”

Smells Like Team Spirit
‘Cristiano Ronaldo has conquered the underwear industry and now he is making waves in the fragrance business by releasing a new aftershave.

‘The Real Madrid superstar attended a launch to promote his debut fragrance – ‘Legacy’ – on Wednesday.

‘He took to Twitter to upload a short video of himself spraying ‘Legacy’ on to his neck before being enticed away by an attractive woman’ – MailOnline.

‘Tells The Whole Story’ Headline Of The Day

He’s already been ‘Wayning’ for a while…

Questionable Life Decision Of The Day
‘SOCIAL: @mancitybear has had this tattooed on his arm in honour of our very own Martin Tyler! #SSNHQ’ – Sky Sports.

May the seas rise up and take us all.

Non-Football Story Of The Day
‘A woman ended up in court after she was caught having a 30-minute afternoon sex session with a man on a grass verge near an Asda supermarket.

‘Laura Knowles, 33, was spotted naked with a man on top of her on grassland close to two tower blocks, a business complex and a supermarket.

‘A shocked resident called police when he spotted her near Greenheys Lane West close to the Princess Parkway in Hulme. He told police the couple had been having sex for about 30 minutes.

‘When officers arrived, they helped naked Knowles dress before arresting her and her lover, Manchester magistrates’ court heard.

‘Now she has been handed a curfew and a slap on the wrist in court after she admitted one charge of outraging public decency, Manchester Evening News reports.

‘Prosecutor Matthew Siddall told the court the couple were spotted in the act on a ‘grass section’ just a few yards from Greenheys Lane West and close to Hulme’s massive Asda as well as two apartment blocks and a commercial building at 3.30pm on Wednesday, June 10’ – Daily Mirror

Thanks to today’s Mediawatch spotters Andrew Suggitt and Gavin Little. If you spot something that belongs on this page, mail us at theeditor@football365.com, putting ‘Mediawatch’ in the subject field.