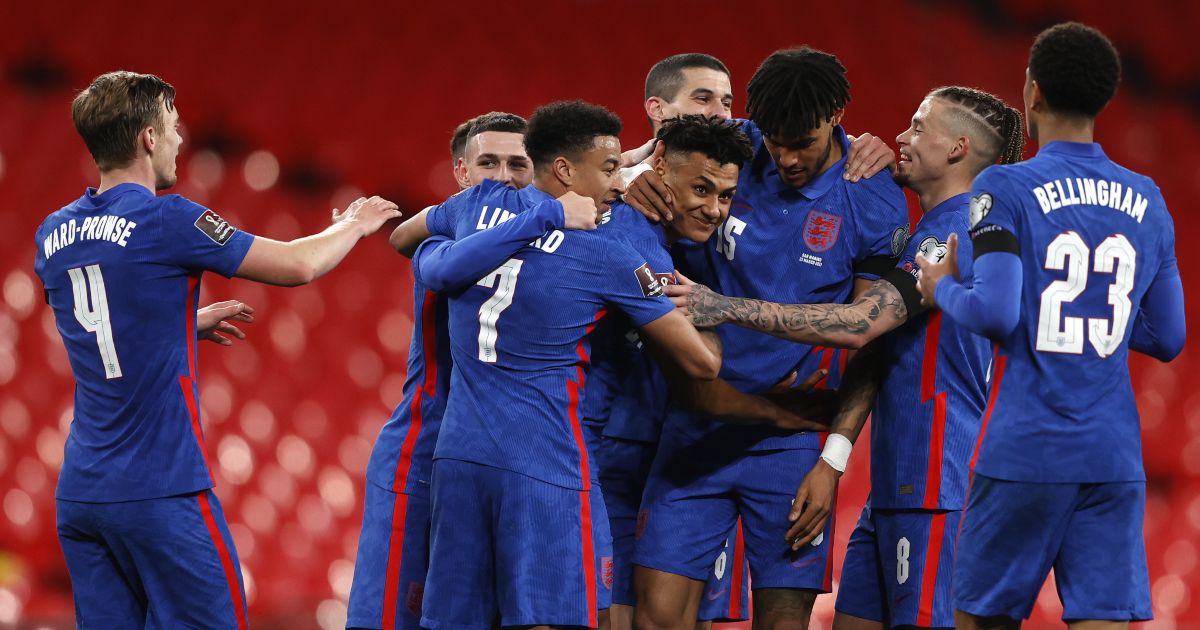 James Ward-Prowse and Ollie Watkins realised England dreams. They should have celebrated that ‘extraordinary waste of time’ with a handshake.

Grump it up
What makes you grumpy? Is it a lack of sleep? A poor diet, perhaps? Or maybe it’s being sent to Wembley to watch England win comfortably and convincingly as part of your actual job as chief sports writer for the nation’s best-selling newspaper.

Well that would p*ss absolutely anyone off, and Dave Kidd of The Sun is no different.

His match report on England 5-0 San Marino contains such miserable gems as:

‘It will be a World Cup campaign like no other – beginning in an empty Wembley, ending in the desert in winter.’

‘[Southgate] will learn far more from any given training session.’

Except it seems like he gleaned quite a bit from the game, such as the “hunger”, the “good pressing”, the “interchange of position and the vision of players”, the “behaviours and habits” and the “confidence” of Jude Bellingham, among many other things. It’s surprising what you can do when you don’t apparently abhor your line of work.

That would be great if you could at least give it a go. You are paid for it.

‘With no fans, no contest, no drama or intrigue, it genuinely must have been difficult for Southgate’s men to stay switched on. Yet with a tournament coming up this summer, this was at least a chance for players to prove they can cope with boredom – so often an Achilles heel for England squads of the past.’

It was ‘difficult’ for the players ‘to stay switched on’ or for you personally?

‘That we have to sit through three more matches like this, against San Marino and Andorra twice, really is an extraordinary waste of everybody’s time.’

Dreadfully sorry you will have to go through this again as part of your actual job. It must be a truly awful experience. You certainly seem at pains to make it sound as such. Maybe ask for someone else to go instead next time?

Don’t celebrate good times, come on
Kidd does not stop there, going on to gatekeep quite natural shows of emotion.

‘He celebrated with an exuberant golf swing and while it was his first goal for England, a polite shake of hands would have sufficed.’

Poor of James Ward-Prowse not to just shake Ben Chilwell’s hand to mark the first goal he will ever score for his country.

‘It is a moment any footballer dreams of – yet rather devalued against non-leaguers in front of 90,000 empty seats.’

Poor of Ollie Watkins to not realise that representing his country for the first time after battling his way up through the lower leagues was ‘rather devalued’ as an occasion.

‘Nobody, except the San Marino keeper, will remember much about this night, if and when England arrive in Qatar in November 2022 for the sharp end of this campaign.’

It feels a bit like Ward-Prowse and Watkins will remember plenty about this night; the former called it a “boyhood dream come true, a moment that I think you wait for as a kid and you dream of,” while the latter described it as “what I’ve dreamed of…since I was younger”. Jesse Lingard and John Stones might look back on it fondly as their long-awaited return to the fold. Conor Coady ended the game as captain again. Bellingham made his second England appearance.

But no, you thought it was a bit boring so none of that matters. Our deepest sympathies that you had to experience something so patently terrible. 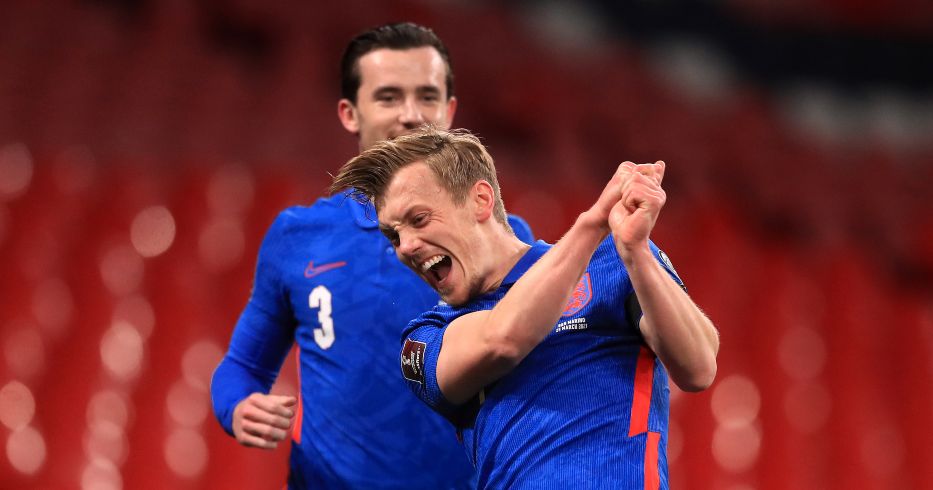 A Marino story
And he makes no attempt to disguise his contempt for the opposition.

‘A goal which could have been practiced against cones on a training ground, which is pretty much what happened at Wembley.’

‘The worst team on Earth.’

‘The first pub team allowed to play competitive football in England this year.’

‘The opposition resembled some sort of Jim Henson creation.’

‘San Marino is a hill with a castle on it, while Andorra is a couple of actual mountains. And Fraggle Rock hasn’t yet been recognised by FIFA.’

‘In Albania on Sunday, Southgate’s men will actually have to play against some professional footballers.’

As John Cross puts it in the Daily Mirror, San Marino are ‘the lowest ranked team in world football’. There is a difference between that and being ‘the worst team on Earth’. It might be a petty point (surely not from Mediawatch?!) but they are clearly better than some other countries, it’s just that they face stronger opponents as part of UEFA and thus their ranking points are always low.

Just Kidding
It’s no mistake, either: Kidd really does seem genuinely unhappy to be there. Poor sod.

Hey Jude
Charlie Wyett managed the daunting task of writing more than 300 words for The Sun about how good Bellingham is. It’s just a shame that he didn’t realise there was nothing to ‘learn’, that the whole thing was ‘devalued’ and that the game itself was ‘an extraordinary waste of everybody’s time’. How silly he must feel now.

Act cool
John Cross at least realises he is in a privileged position to be sent to report on his country playing football. He strikes the balance between points about the standard of the opposition and the fact that one should not read too much into the performance or result. He does not come across so seethingly bitter at the prospect of having to do his job.

But it is not possible to let this one slide:

‘Calvert-Lewin finally got in on the act after 21 minutes when he headed in a brilliant Reece James’ cross as the Chelsea full backs really shone on their auditions.’

Bale money
Andy Dunn of the Daily Mirror wonders what the fuss is about Gareth Bale and Tottenham. ‘Did anyone really think Bale’s motives were somehow nobler?’ he asks.

‘The clue is in one word. Loan. If you are a genuinely elite club, you should be above borrowing players. It is quite simple. It is not a complicated theory.’

Poor Liverpool will be devastated to learn that loaning Ozan Kabak from Schalke means their ‘elite’ status was rescinded while they were still Premier League champions. And it sure is entertaining to imagine someone telling Sir Alex Ferguson that Manchester United were not ‘elite’ because they were not ‘above borrowing’ Henrik Larsson and Carlos Tevez while the Champions League and three Premier League titles in a row.

United front
But Dunn has been done incredibly dirty in his other piece for the Daily Mirror.

The headline for the website version of the story?

Wizard of Aus
Writes Graeme Bryce in The Sun:

‘Just when it looked as if Austria’s version of Peter Crouch was about to condemn Scotland to their first home defeat in a World Cup qualifier since 2013!’

Is any tall person just their country’s ‘version of Peter Crouch’ now? Is that the stage we’re at?

Recommended reading of the day
Steve Madeley goes in search of Jason Koumas (and it all kicks off on Twitter because of it).