Home Mediawatch The England decision that will ‘bemuse’ Klopp, Liverpool 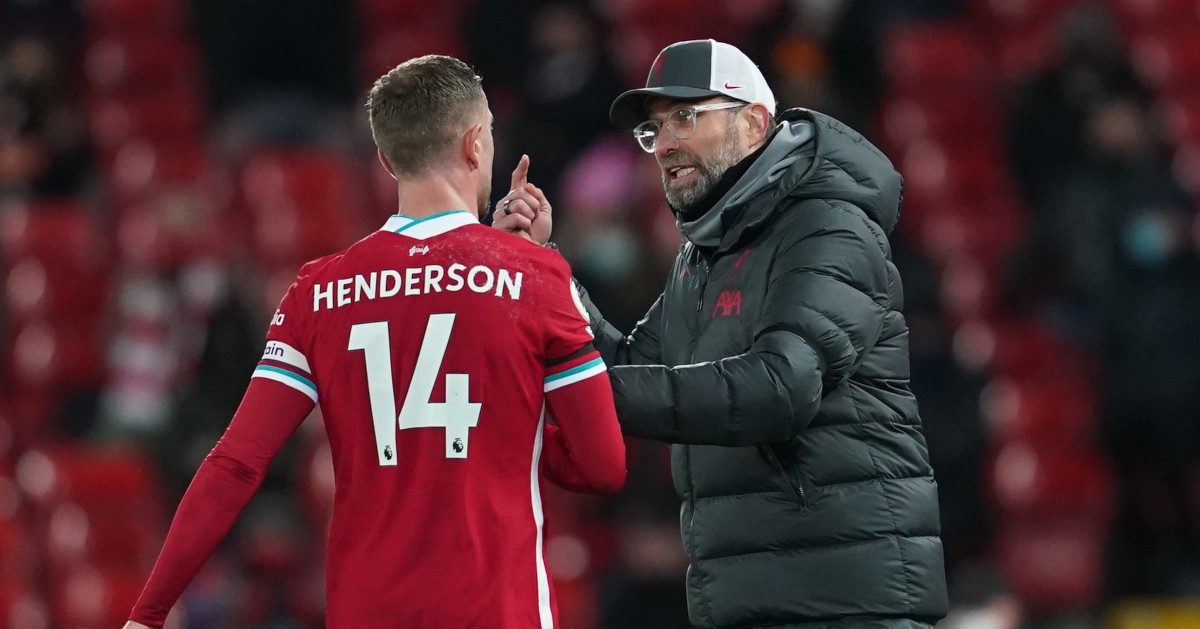 One England decision might well lead to ‘bemusement’ at Liverpool. Gareth Southgate surely picks his teams with Jurgen Klopp in mind…

Heir cut
The newspaper theme in the aftermath of Euro 2020 heartbreak is thankfully of heroes instead of scapegoats, although Dave Kidd veers a little too far into familiar territory for The Sun:

‘Before the tournament, at least three of Southgate’s squad were anointed as the new Gazza.

‘But this lot were the heirs to the toothless, ruthless Nobby Stiles and the bloodied, bandaged Terry Butcher and Paul Ince.’

Do they have to be either? Can they not just be very good players in their own right without feeling the need to hark back to someone from the 1960s and three England internationals who never reached a final?

‘This march to the final was brilliantly engineered by Southgate, even after a chaotic build-up, with injuries to key players and no meaningful warm-up games.’

The warm-up games seemed entirely as ‘meaningful’ as they could be, giving Bukayo Saka, Tyrone Mings and Kalvin Phillips opportunities to impress and letting England test their defensive resolve.

But it is interesting to see Kidd refer to a ‘chaotic build-up’. On June 6 it was a surely much worse ‘nightmare build-up’. Reaching an actual final must retrospectively downgrade it. How strange.

Just kidding
‘Fans across the nation were left to rue yet another defeat as England’s nearly men trooped off in tears.

‘But Southgate’s kids applauded fans and left the pitch with their heads held high’ – Nick Parker, The Sun.

From ‘men’ to ‘kids’ in the space of seven words is impressive enough. But the ‘kids’ in that starting XI had an average age of over 26 years and three players in their 30s featured in comparison to four players aged 22 or under.

It is a fairly young team. That does not mean they are actual children.

Hend of the line
The Liverpool Echo have watched Euro 2020 entirely through the prism of Jordan Henderson’s experience and that is fine. He is the player they are most familiar with, the one they ordinarily report on the most.

But, for want of a better phrase, they are in some sort of echo chamber if they genuinely believe there was a clamour for the Liverpool captain to have featured more for England this summer.

‘Southgate has had to defend his choices throughout this tournament, from his decision to keep faith with Harry Kane despite his lack of goals in the group-stages to his restricted use of Henderson and his selection of formation.’

Mediawatch remembers Kane and the formations being questioned. But we cannot recall a single instance of Southgate ‘having to defend’ any ‘restricted use’ of a player that has not started a game for England since November, or a game for anyone since February. Declan Rice and Kalvin Phillips played excellently throughout the tournament and their places were assured.

Bemusement park
There was, to be fair, a single lonely call that Henderson should have started the final, which the Echo support by suggesting ‘he offers what Declan Rice and Kalvin Phillips can’t’: trophies and that. Which would have been fine had he actually played well when introduced on Sunday.

In their own player ratings they say Henderson’s ‘passing was a little loose at times’ and his removal ahead of penalties was ‘probably for the best’. The Liverpool captain ‘provided much-needed energy’ but few would argue he is ahead of either Rice or Phillips in that regard.

‘On the basis of his Three Lions managerial career so far, you’d expect him to keep getting such big calls right even if they are [sic] could end up causing bemusement in Jurgen Klopp’s office at the AXA Training Centre in Kirkby if his Liverpool captain remains on the bench.’

Is there any surprise, that in an all white Australian newsroom- in this febrile climate – this vile headline can be posted on Twitter, then quietly deleted, after a surge of complaints, without an apology or any accountability?

This is not about individuals- racism is systemic. pic.twitter.com/z2ZmvGm2EO

Recommended reading of the day
Jonathan Liew on England