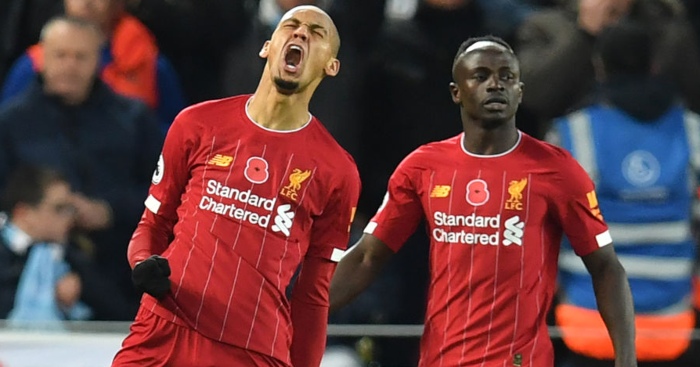 Title decider? What title decider?
How to sum up the curious nature of football journalism in 2019:

The Sun cover the utterly brilliant Liverpool v Manchester City game over five pages in their newspaper, with three reporters, former referee Mark Halsey, Alan Shearer and Danny Higginbotham producing rather a lot of content on the match of the season so far, which might well have given Liverpool the Premier League title.

So what’s the lead story on The Sun’s football website by 10.30am on Monday – a full 16 hours after the game?

‘Watch as fuming Ronaldo tells Sarri ‘go away’ after being subbed against Milan.’

Think this is just The Sun? Then check out MailOnline and their top football story at 11am:

‘He hasn’t dribbled past anyone in three years!’: Cristiano Ronaldo is slammed by Fabio Capello having walked out on Juventus after 55th-minute substitution left him furious… as he heads straight off to Portugal without seeing his team-mates’

Blow hard
Even the Liverpool Echo – with Liverpool eight points clear at the top of the Premier League – know that it’s not talk of actual football that brings in the clicks.

Their top story on the morning after a brilliant 3-1 victory over Manchester City?

We’re pretty sure the Kylian Mbappe ‘blow’ came on Friday when Jurgen Klopp said there was “absolutely no chance” of him signing for Liverpool.

Oddly, that particular quote gets no mention.

Missing in action
Elsewhere on the Liverpool Echo:

Mediawatch did actually miss Andy Robertson laughing at Kyle Walker and Jordan Henderson infuriating Raheem Sterling, but can you guess at what point Ian Doyle ran out of things that we all might have missed in this televised biggest game of the Premier League season?

‘It’s not very often Fabinho scores, let alone tonks one in from 20 yards.

‘But there was something particularly satisfying about the way the Brazilian swept Liverpool into the lead on Sunday afternoon.’

Fabinho scored?! How the hell did we miss that?

What next for Klopp?
‘Liverpool’s Jurgen Klopp jetting to Switzerland today for row with UEFA top brass’ – Daily Star website.

Which is one way to bring the ‘news’ that the Liverpool coach will be joining Pep Guardiola, Ole Gunnar Solskjaer, Unai Emery and others at an annual elite coaches forum.

De Best
In the actual Daily Mail, there are pages and pages of coverage of the game at Anfield, but it is Dominic King’s player ratings that raise an eyebrow.

According to him, Kevin De Bruyne ‘didn’t deserve to be on the losing side’ and he is a ‘glorious footballer who had Liverpool sweating’. 8/10 apparently.

Was it the two blocked shots or the three times he lost the ball with terrible control that ‘had Liverpool sweating’?

Closer to the truth is the 5/10 rating in the Manchester Evening News, who correctly diagnosed that he ‘fought and fought, but the quality was not quite there for a player so important to City on days like this’.

@F365 does Mediawatch know you can break silence with a routine post-match interview? https://t.co/vT7dVnQykN

We go again…
Now we’re not saying that online football journalism is repetitive and formulaic but here are two stories from The Sun’s Gary Stonehouse, fully nine days apart:

‘MANCHESTER UNITED have reportedly made contact with Zlatan Ibrahimovic over a stunning return to the club. The 38-year-old left Old Trafford in 2018 to sign for Major League Soccer team LA Galaxy in the US.

‘Now Italian publication TuttoMercatoWeb claim the Red Devils could be on the verge of attempting to bring him back from America.

‘MANCHESTER UNITED have reportedly held talks with Zlatan Ibrahimovic over a shock return. And boss Ole Gunnar Solskjaer is believed to be tempted to bring the 38-year-old striker back to Old Trafford to bolster his frontline.

‘That is according to Italian outlet TuttoMercatoWeb, who claim the move could happen after the Swede becomes a free agent in January.

‘Solskjaer is desperate for striking reinforcements following the summer sales of Romelu Lukaku and Alexis Sanchez to Inter Milan.’

Mediawatch is intrigued; is this a shameless copy-and-paste job or is this simply extraordinary muscle memory in action? Get in touch, Gary.

Remember, remember, the second of November
‘The goals are finally starting to flow for Manchester United,’ writes a giddy Neil Custis in The Sun.

‘That is three they have scored for the third time in the last five games.

‘There was a time this season when United were struggling to get a shot on target, never mind find the back of the net.’

Yes, there was a time all the way back on November 2 – nine days ago – when they lost 1-0 to Bournemouth having mustered just four shots on target.

James > Ronaldo
Apparently, ‘INCREDIBLE statistics show Daniel James has made a bigger impact at Manchester United after 12 games than Cristiano Ronaldo’ (The Sun).

Not to split hairs, but actually, some pretty dull statistics show that Daniel James has played more football for Manchester United after 12 games than Cristiano Ronaldo, probably because the Manchester United he joined in 2003 had just won the Premier League.

Recommended reading of the day
Rory Smith on Liverpool’s symphony

Raphael Honigstein on the crisis at Bayern Munich