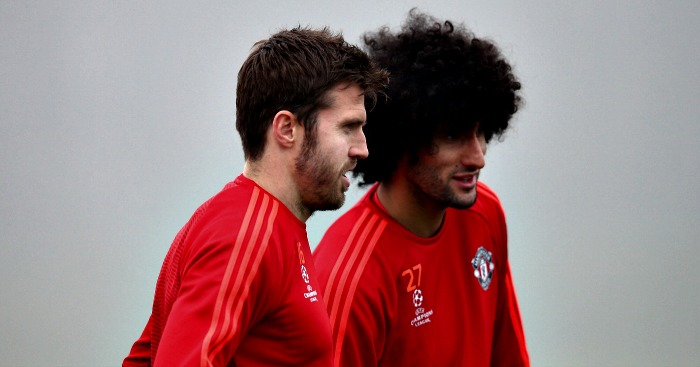 Does anybody know what ‘top’ means any more?

So who need friends when you’ve got transfer rumours?
Given that Kante is Wenger’s ‘top target’, this line from Dan King in The Sun on April 19 confused Mediawatch:

‘Leicester star Riyad Mahrez is Arsene Wenger’s top summer target: A number of European giants, including Barcelona, are keen on 25-year-old Mahrez, but Wenger has told friends signing the Algerian playmaker is a priority.’

Either Wenger’s friends are lying or Wenger is lying to his friends. The third scenario – that The Sun are peddling silly things – is one we cannot bear to consider.

Come on feel the Moyes
Steve Watson is a man who has all the answers. The former Everton defender has been discussing the potential managerial shenanigans at Goodison Park. He believes he has identified the man who can take the Toffees to “the next level”.

Plenty of managers have been linked with replacing Roberto Martinez as Everton manager, including Jose Mourinho and Manuel Pellegrini. Those two would certainly take the club to “the next level”, but neither are who Watson had in mind.

Mark Hughes emerged as a candidate on Thursday morning. He has Premier League experience, is managing a Stoke side higher in the league than Everton, and could be available. But he is not Watson’s guy.

Maybe Eddie Howe is the man in question? He is the currently the most promising young English manager in football, has worked wonders at Bournemouth and could be tempted to make the move. Watson remains unconvinced.

“I think David Moyes did a fantastic job at Everton,” Watson told talkSPORT on Thursday. “With the experience he has now, maybe he can go a little bit further and take Everton to the next level.”

Said ‘experience’ extends itself to two reigns, one at Manchester United, the other at Real Sociedad, both of which ended in the Scot being sacked in under a year. United finished seventh under his guidance, climbing to fourth in their first season without him. Sociedad were 16th in La Liga when Moyes was removed, and are now 12th, clear of relegation. ‘Experience’ does not necessarily equate to success.

Mediawatch also wonders what “the next level” means in Watson’s view. The top half? If so, fine. Moyes would likely be capable of returning the Toffees to tenth in the table at the very least. European football, perhaps? Everton qualified for European football in four of Moyes’ 11 full seasons. If Watson meant Champions League football, the supposed target of the club since Martinez’s appointment, that’s “the next level” which Moyes failed to reach in over a decade at the club bar one qualifying-round exit.

Renee and Renato
‘Benfica president reportedly in Manchester to finalise move for Renato Sanches,’ reads the headline on The Sun‘s website. Andrew Richardson tells us that ‘the highly-rated Portuguese midfielder has been heavily linked with a move to Old Trafford for some time now’.

Quite; mainly by The Sun. All the below are headlines from their website:

‘Jose Mourinho will splash a fifth of his £250million transfer kitty on wonderkid Renato Sanches’ – March 30.

Those negotiations really have been going on a while.

Dirty Sanches
Another Renato Sanches-related headline from The Sun can be found on February 4, in a story published by Danny Collins. ‘Red Devils had deadline day bid for the ‘next Ronaldinho’ rejected – but will return in the summer,’ he writes.

So Sanches has been likened to Ronaldinho. The 18-year-old is a Portuguese central midfielder who has scored two goals in 18 league games for Benfica this season. Will the similarities with the Brazil forward ever end? Does he have mildly amusing teeth?

It’s also interesting that The Sun choose to reference that particular nickname of Sanches, when on March 30, Matt Heath-Smith told us that he ‘is seen as the perfect candidate to replace departing Michael Carrick in midfield’.

Fellaini and Carrick: The next Ronaldinhos.

Wilkins on…
Ray Wilkins is a quite wonderful commentator and pundit and a fine young (59-year-old) man. And he believes just one thing has held West Ham back this season.

“They’ve been magnificent,” he told Alan Brazil’s Sports Breakfast Show. “I honestly do believe that if West Ham had beaten Leicester, they’d have been in the top four. I think they would have been Champions League. That game has been paramount this season.”

Fun fact #1: If West Ham had beaten Leicester, the Hammers would be fifth in the Premier League table, five points behind both Arsenal and Manchester City. Fifth is not ‘in the top four’.

Fun fact #2: West Ham won their only league game since that draw. It’s hardly like the setback made them s**t the bed.

“He insulted me like scum. He insulted me by saying ‘son of a bitch, f*** your mother'”, the source says. Or are The Sun using ‘four letter fury’ to cover ‘fils’, ‘pute’ and ‘mère’ (although not ‘nique’)? If so, we stand to applaud.

* How and why is this still a format for an article? Atletico Madrid beat Bayern Munich because they wanted to.

* What do you mean you don’t know who Keith Groeneveld is? The ‘brilliant defender’ is a 16-year-old South African playing for KV Mechelen. And he is ‘brilliant’.

How to produce your own viral content 101
A masterclass from Sky Sports here:

– Stumble upon a catchphrase. In this case, ‘Unbelievable Jeff’ will do.

– Turn the catchphrase into a running joke which gets boring really quickly. Very much check.

– Ask a footballer to repeat the catchphrase during a press conference for a Europa League semi-final. Unfortunately, check.

The final step is to write a 176-word story based around the footballer, Alberto Moreno in this case, attempting an impression of Chris Kamara’s most infamous line. Put a 40-second video of the impression at the top, double-check that there is no author attributed to the story, and voila: #content.

Coulda, woulda, shoulda
“We could have won the league title this season. We dropped too many points against the smaller teams” – Mesut Ozil, April 27.

Arsenal’s record against teams in the top half of the Premier League: P17 W5 D7 L5 Pts 22

Arsenal’s record against teams in the bottom half of the Premier League: P18 W13 D3 L2 Pts 42

Only one team have beaten Arsenal twice in the Premier League this season. Curse tiny Chelsea.

The next Vardy
The Daily Mirror handily present us three Villarreal ‘players to watch’ ahead of their Europa League semi-final first-leg tie against Liverpool on Thursday. Roberto Soldado is included – he sounds familiar. Denis Suarez, formerly of Manchester City, is also one of the watchable trio. As is Cedric Bakambu, who ‘is likened to Jamie Vardy in his pace and desire’.

Obvious headline of the day
‘Alli holds hands up to punch’ – Daily Star.

Well, where else is he going to put them?

Recommended reading of the day
Michael Cox on Roberto Firmino.

Archie Rhind-Tutt on the rivalry between Hamburg and Werder Bremen.