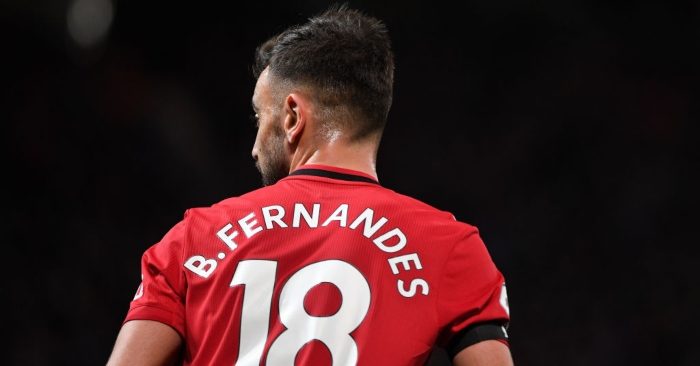 Goals, goals, goals
Oh Garth. We start with Hugo Lloris in goal, because even Garth cannot crowbar a goalscorer between the posts in his BBC team of the week.

‘Regular readers will know that I am not a huge fan of Spurs’ Hugo Lloris but credit where credit is due.

‘I’ll be very interested to see if he can retain this form and for how long.’

Well his save percentage is second only to Alisson in the Premier League this season, so some might argue that he has already retained this form for quite a while.

‘It’s rather unusual to pick a defender for scoring goals rather than his team coming away with a clean sheet. Nevertheless I have decided to go with Yerry Mina simply due to his persistence.’

It’s really not unusual for you, Garth; you literally did it a few seconds before. And then again a few seconds later in including Bournemouth centre-half Nathan Ake, who also scored a goal and did not keep a clean sheet.

Indeed, nine Premier League clubs kept clean sheets and Crooks did not pick a single defender from any of those nine clubs in his team of the week. Don’t pretend there is anything ‘unusual’ in this entirely predictable madness.

Crooks obviously also had to include Robert Snodgrass (at wing-back), because he scored two goals for West Ham and it would have physically hurt him to leave him out.

‘The Scottish international is probably playing the best football of his career at the moment. He’s certainly scoring more goals than I can remember.’

Pesky fact: He had literally scored one goal in three months before this weekend.

Small-time Crroks
In the week when Edward Woodward had his house targeted by a group of Manchester United fans and had to listen to thousands of supporters chanting in support of his death, this is what Crooks writes within his selection of Bruno Fernandes:

‘What a pity executive vice-chairman Ed Woodward wasn’t there to see his new signing make his league debut. I can’t see what can be possibly more important than seeing your £47m purchase come through his first major test for his new club – can you?’

Yes. Yes we can. We’re going to go with ‘feeling safe’.

Private dancer
Adam Crafton’s thousands of words on Odion Ighalo’s transfer to Manchester United for The Athletic are eventually reduced to this:

And what is that ‘private view’? What is he saying behind closed doors while publicly singing the praises of the Nigerian?

Well it turns out that he is – and you should prepare yourselves here – ‘quietly satisfied’.

It’s almost like Portugal is just THREE hours away on an aeroplane.

Lock, stock and barrel
Sub-headline on the back page of The Sun: ‘Pep holds a 50-minute inquest as City blow it.’

Opening paragraph from Paul Jiggins on the back page of The Sun: ‘PEP GUARDIOLA locked his players in the dressing room for nearly an HOUR after their defeat at Spurs.’

Headline on the story on The Sun website: ‘Pep Guardiola doesn’t appear from dressing room for 45 minutes but claims Man City ‘played well’ in loss at Tottenham.’

So he definitely ‘locked them in’ (he probably didn’t, that would be a crime) for somewhere between 45 minutes and an hour. Ish.

Young hearts…run free
‘If his plan based around young talent is going to work. then time is what Solskjaer needs’ – Neil Custis, The Sun.

‘As for on-loan striker Odion Ighalo, signed on deadline day, well, there had to be a reason why he was playing in China’ – also Neil Custis, The Sun.

A reminder should it be required: Ighalo is 30 years old. We’re not sure there is a ‘plan’.

Hey big earner…
There is still some confusion about Ole Gunnar Solskjaer reluctantly saying that Alexis Sanchez has a future at Manchester United, as if he has any choice at all.

The club’s biggest earner is unwanted by either United or Inter Milan but Solskjaer has absolutely no option but to accept him in his squad, whether in the short or long term. That seems obvious; they are paying him over £400,000 a week.

So quite why Jamie Redknapp is so surprised in the Daily Mail – ‘the only players Solskjaer should want are the ones who will put the work in’ – is a mystery.

Solskjaer may be out of his depth but he is certainly not daft enough to publicly deride a player who earns more than anybody else at the club.

General Custis
Some of you may have seen Mediawatch and its biggest fan butting heads on Twitter over the past week. He believes that journalists (his definition, not ours) should not criticise other journalists (his definition, not ours). He is particularly irked by the lack of author on Mediawatch because of course any attacks on fellow noble brothers of the quill should absolutely be perpetrated in plain sight…

Jonathan Liew vs Neil Custis on the #HayeBellew2 undercard. Surely. If 2018 means anything. https://t.co/HBT5gOhfhc

Neil Custis has taken not being asked to join The Athletic well, I see. pic.twitter.com/9a2nb5WdzF