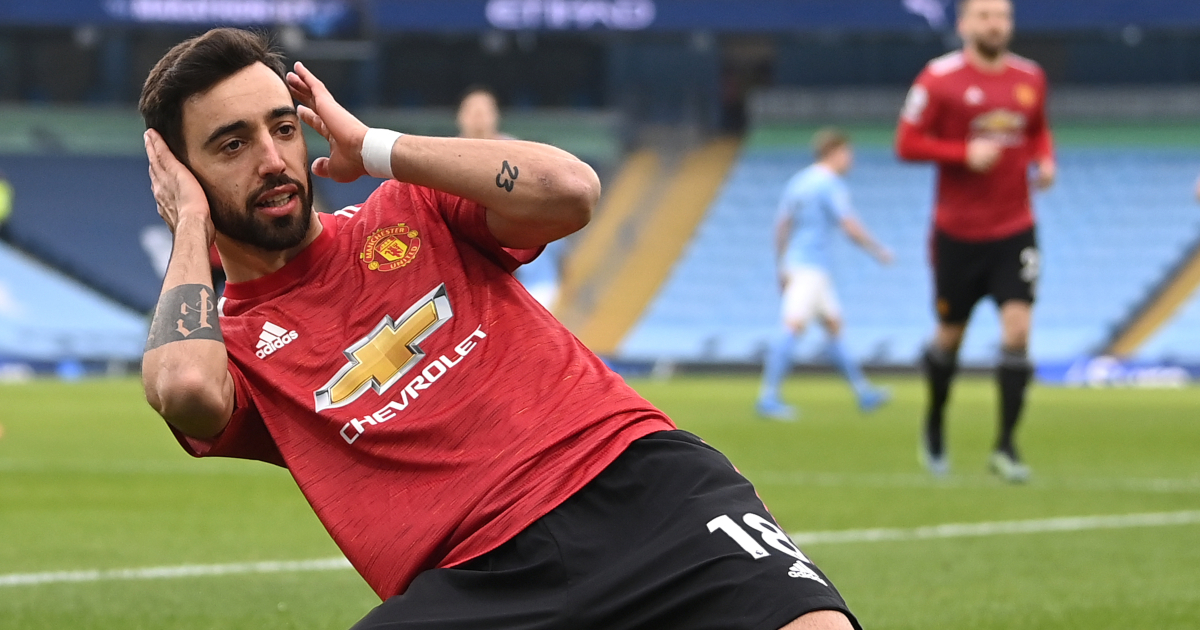 Iron Bru
There is obvious currency in suggesting that a frustrated Bruno Fernandes might leave Manchester United anytime soon. It achieves two things: creating a transfer panic around one of the most influential players in the world, while suggesting that a lack of ambition would be his reason to leave.

In one fell swoop you have the attention of Manchester United fans desperate to keep him and rival supporters eager to laugh at the prospect of him going. Job done.

The Sun are acutely aware of all this, as their back page on Wednesday shows:

Wednesday's back page: Bruno Fernandes has demanded assurances about Manchester United's plans before he commits to a new long-term deal. | @ncustisTheSun https://t.co/g1eKuD2rj4 pic.twitter.com/2hoXIlWVXz

But as for this Fernandes story, Neil Custis kindly informs us that the Portuguese ‘has demanded assurances about Manchester United’s plans before he commits to a new long-term deal’.

By the fourth paragraph he has merely ‘asked about the club’s intentions in the transfer market’.

By the sixth he simply ‘wants to know there is a commitment in the boardroom to do what it takes to get the Red Devils back to the top at home and in Europe’.

To go from ‘has demanded assurances’ to ‘has asked about the club’s intentions’ to ‘wants to know’ is a remarkable comedown from that hysteria in the opening paragraph.

The website version lays it on even thicker with the customary capitalisation of one random word. In this case, he is ‘REFUSING’ to sign a new contract until those ‘transfer plan assurances’ are given.

At no stage is it clarified whether Manchester United have actually offered Fernandes a deal for him to REFUSE. It’s almost as if they’re at the preliminary stage of talks and this is a transparent, understandable and not-unusual negotiating tactic.

REFUSE collection
That Custis exclusive comes on March 10, with his Sun colleague Daniel Cutts reporting a slightly different exclusive on March 4: that Fernandes was ‘in line’ to improve his contract ‘at the end of the season’.

So in the space of six days Manchester United have apparently gone from securing something of an agreement to extend their best player’s deal in May, to him outright REFUSING to sign anything in March. That’s impressive, even by their standards.

Contract killer
And this is all leaving aside the fact Fernandes has more than four years remaining on his current contract, that contains no release clause and an option for Manchester United to extend it by a further 12 months. He can REFUSE to sign whatever he wants but the club will be under no obligation to sell until 2024. The only thing he would achieve is turning down a pay rise for a few years. That would be the action of a silly man.

It is also interesting to note what The Athletic reported about his situation over a month ago on February 3:

‘A confident Fernandes has lifted United but trophies fuel his fire – that is why there is no rush from him to sign a new contract. He is expected to see how this season shapes out before pressing ahead with talks. Fernandes wants to win silverware in his career.’

Well that sounds eminently more sensible than someone ‘REFUSING’ to sign a contract that might not have been offered to them. But then ‘footballer in no rush to extend deal mid-season because circumstances can change drastically and his team could finish second and win two trophies or finish sixth and win none’ is unlikely to sell many newspapers. Although it would be entirely more representative of the truth.

Cloud nein
Mind you, that is better than the Daily Mirror (‘NEIN NEIN NEIN’) and the Daily Star (just a solitary ‘NEIN!’) and their back-page reactions to a German man distancing himself from a job.

The only surprise is that they didn’t mock up a PhotoShop of Jurgen Klopp in lederhosen, placing a towel on a sunbed while carrying a stein in his other hand.

Tubthumping
One truly has to search for much coverage of Tuesday evening’s Champions League games, but The Sun did deign to produce a report on Juventus being knocked out by Porto.

They do a sterling job, particularly considering they seemingly missed Sergio Oliveira’s decisive extra-time free-kick so decided to just guess what it looked like:

‘Both sides exchanged decent chances in the extra periods to no avail, before Oliveira found the net for the second time with a thumping effort minutes from time.’

That ‘thumping effort’ bobbled along the pitch and should probably have been saved by Wojciech Szczesny, who got a bloody good hand to it.

‘With just five minutes to play, the midfielder unleashed an unstoppable free-kick to give his side a 4-3 aggregate lead, with Juventus now needing to score twice.’

That ‘unstoppable free-kick’ bobbled along the pitch and should probably have been saved by Wojciech Szczesny, who got a bloody good hand to it.

It was decent enough hit but it hardly brought Juninho Pernambucano to mind.

Merse code
Paul Merson of Sky Sports has the solution for Liverpool:

“If Van Dijk and Gomez aren’t there, Liverpool’s centre-backs aren’t good enough. That screams at me that they needed to switch to a back three.”

There you go, Jurgen. You have struggled to field two centre-halves this season without completely reshaping your midfield. Have you not tried playing three centre-halves instead?

Mediawatch has one point to make: why is the emphasis on Liverpool needing to ‘keep things tight’ at the back when they have scored four goals in their last seven Premier League games?

Mediawatch is absolutely floored. By that questionable hyphen, not the prospect of a 23-year-old English centre-half being called up by England after missing just two games for the third-best Premier League defence this season.

Lion’s share
Steve Bates of the Daily Mirror has another quandary for England to consider:

‘With Kyle Walker likely to be in a back three, at full-back it’ll boil down to Alexander-Arnold vs Wan-Bissaka.’

Bagsy not being the one to remind him of the existence of Kieran Trippier and Reece James, who have taken turns in starting England’s last four games at right wing-back while Wan-Bissaka remains uncapped.