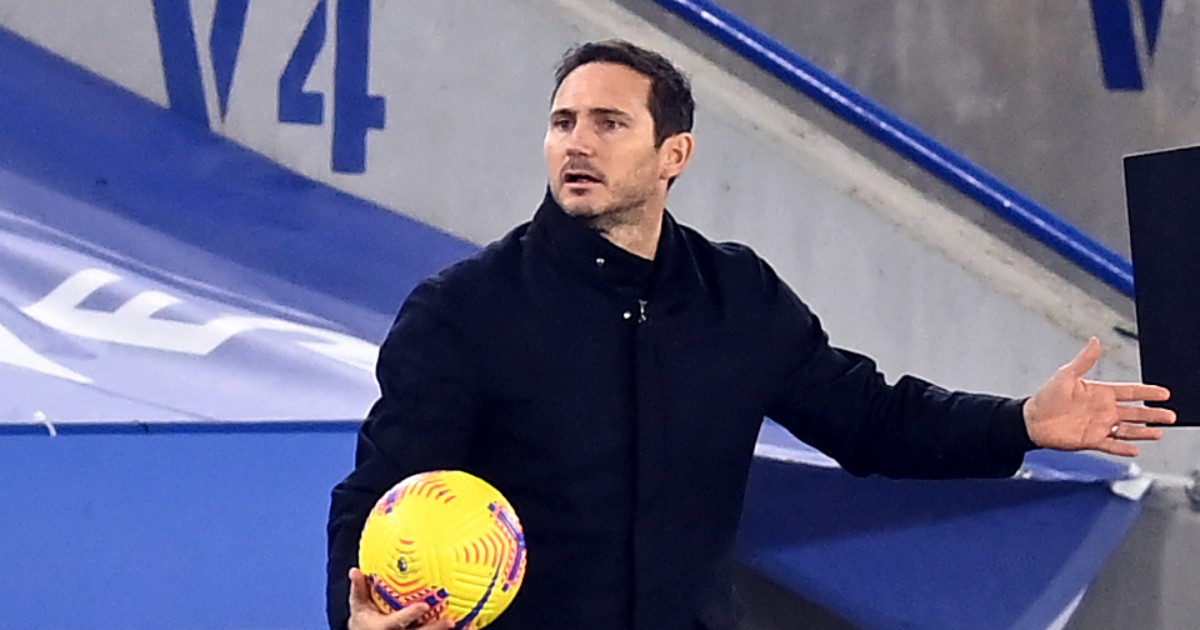 Everton must forget Vitor Pereira’s three titles – just like one journalist has – to make an ‘obvious choice’ of media-friendly Frank Lampard.

To the Vitor go the spoils
It is little over two years since a fairly prominent voice in the world of football proudly wore their lack of knowledge of and disrespect towards Vitor Pereira as a badge of honour.

For those who cannot recall that discussion, it includes the precise soundbites you might expect, including such gems as, “For me, it’s a no-brainer. Who is this guy? Who is he, Pereira?”, “What’s wrong with a young English coach or even a young British coach?” and the absolutely timeless, “Listen, he’s foreign, you’ve gotta give… bring him in. You know, keep bringing them into our… give ’em the jobs.”

Glorious. And while David Maddock of the Daily Mirror does not come close to such lazy invective, his update on the prospective new Everton manager is similarly dismissive.

‘It is the third time he has been interviewed by Everton, after the coach was twice on the short list for the manager’s job in 2013 and 2019, but rejected on both occasions. He was also in the frame in 2017 but rejected the approach.

‘And his track record is far from reassuring for the fans, who have made clear they don’t want a coach who has been sacked twice by Fenerbahce, and also by Olympiakos and – most disturbingly – by 1860 Munich in recent years.

Mediawatch has no idea whether Pereira would be a good appointment for Everton, but when the above two paragraphs are included in a story that does not even vaguely allude to the 53-year-old’s league titles in three different countries, it raises an eyebrow as to whether some are even willing to give him a chance.

How many people did Maddock poll before deciding this ‘is sure to anger and frustrate long suffering Blues supporters’ and ‘will dismay Everton fans’?

I just don’t think you understand
It is particularly strange to compare Maddock’s story to pretty much everyone else’s.

Andy Hunter of The Guardian says the decision is ‘unlikely to silence criticism of the club’s chaotic decline among their fans’, but he also actually mentions the championships Pereira has won with Porto, Olympiakos and Shanghai SIPG.

Over at BBC Sport, Phil McNulty refers to Pereira’s lack of Premier League experience making him a ‘contentious choice’, which is demonstrably true. But again, he does not skip over the Portuguese’s actual achievements.

Sami Mokbel of the Daily Mail even calls Pereira a ‘serial winner’ with ‘a proven track record of winning and developing players’.

None of them say he will be a guaranteed success, nor do they declare it will p*ss off all the fans after focusing solely on his failures instead of his achievements. Whether winning titles in Portugal, Greece and China will translate to Premier League joy is one thing but completely ignoring them seems bizarre.

But then there is Chris Bascombe, who uses his Daily Telegraph platform to give us this insight:

‘Speculation regarding his impending appointment has seemingly had the effect of making Frank Lampard drastically more attractive to Evertonians.

‘Lampard will at least understand the immediate challenge facing Everton to save themselves.’

Because relegation isn’t a thing in Portuguese, Saudi Arabian, Greek, Turkish, German and Chinese football? Hell, Pereira took the troubled 1860 Munich down from the 2. Bundesliga in 2017. He also might have watched some football before and is familiar with the concept. He probably gets ‘the immediate challenge’.

But he just wouldn’t ‘understand’ Everton’s predicament quite like Lampard, who finished in the bottom half of the Premier League twice as a player – most recently in 2001 – and his only job as a Premier League manager was with a Champions League club that had just won a European trophy.

‘Others will be prepared to argue this is all highly disrespectful to Pereira, who deserves a chance if he is chosen for the job.’

Dirty protest
Those lines come from a story in which Bascombe writes ‘Everton fans launched a campaign on Tuesday night against the prospect of Vitor Pereira being appointed as the club’s new manager.’

They really didn’t. There was a sit-in protest after the defeat to Aston Villa, followed by a demonstration on Monday evening and then a gathering outside Everton’s administrative headquarters on Tuesday. None of those featured any reference to Pereira; every banner was about Moshiri or Kia Joorabchian.

‘Supporters daubed the walls outside Goodison Park with graffiti calling for ‘Pereira out, Lampard in’,’ is one way of saying that a single fan sprayed that message in the aftermath of the reports, unless Bascombe is suggesting a group of them all held the can together in fury.

The same goes for:

The MailOnline (‘Pereira OUT, Lampard IN’: Everton fans graffiti a wall at Goodison to call for ex-Porto boss to be SACKED (before he’s even started!) as they step up angry protests at the club’s direction under Farhad Moshiri)

And even Sky Sports (‘Vitor Pereira: Everton fans have been protesting over potential new manager’).

One bit of graffiti regarding Pereira does not equate to Everton fans – plural – protesting against him. Shouldn’t really need to point that out.

To be Frank
The push against Pereira seems underpinned by the usual media support for Lampard, who was interviewed and thus rejected for the Everton post. And that does not sit particularly well with one man:

Qualifying for and managing in the CL, also getting to an FA Cup final, seems plenty qualified for the Everton job to me. Yes, Chelsea were ninth when they had sacked him after 19 games, but they had been in top 3 for first 11 games of that season.

It is pure coincidence that this one man has enough access to Lampard to conduct numerous interviews with him, including the first any outlet carried after his Chelsea sacking – a Chelsea sacking that he was also the first to exclusively report.

‘Fans seem to want him’ is another brilliant conflation of one supporter with an entire fanbase. That ‘track record in English football’ is doing a ludicrous amount of heavy lifting. And his ‘top 3 for first 11 games of the season’ medal is surely in the post.

Lampard really is ‘the obvious choice’ for Everton. Hopefully Matt Law will be sent to his first game to report on another “I was there” moment.

‘You can imagine the outcry among Premier League clubs if Gareth Southgate decided to do the same.

‘But England boss Southgate never even considered getting his stars together in this international break, which is outside the Uefa window, so no competitive games are allowed.

‘Southgate felt that England’s players, who are only now getting some respite from the winter schedule, need time to relax.

‘Yet for Mancini, all eyes are on the World Cup play-off against Macedonia in March.’

Pun of the day
‘Neither the club nor Hodgson are ruling out extending their agreement into next season but that is a decision which will be made in the summer.

‘Watford’s players, who are said to be ‘buzzing’ at Hodgson’s appointment…’

We see you, Sami Mokbel of the Daily Mail.

That is literally the story: Bruno Fernandes poses for a picture with someone he presumably likes and knows quite well.

Crist the redeemer
‘Man Utd star Ronaldo enjoys massage before sipping from coconut in his pants’ – The Sun website.

Why is the coconut in his pa… oh right fair play carry on. Not sure about the footballing validity of this story, mind. But cheers for clarifying that ‘the contents of Ronaldo’s coconut will not have contained any rum’. Ronaldo, after all, is famed for his alcohol consumption and loose diet.