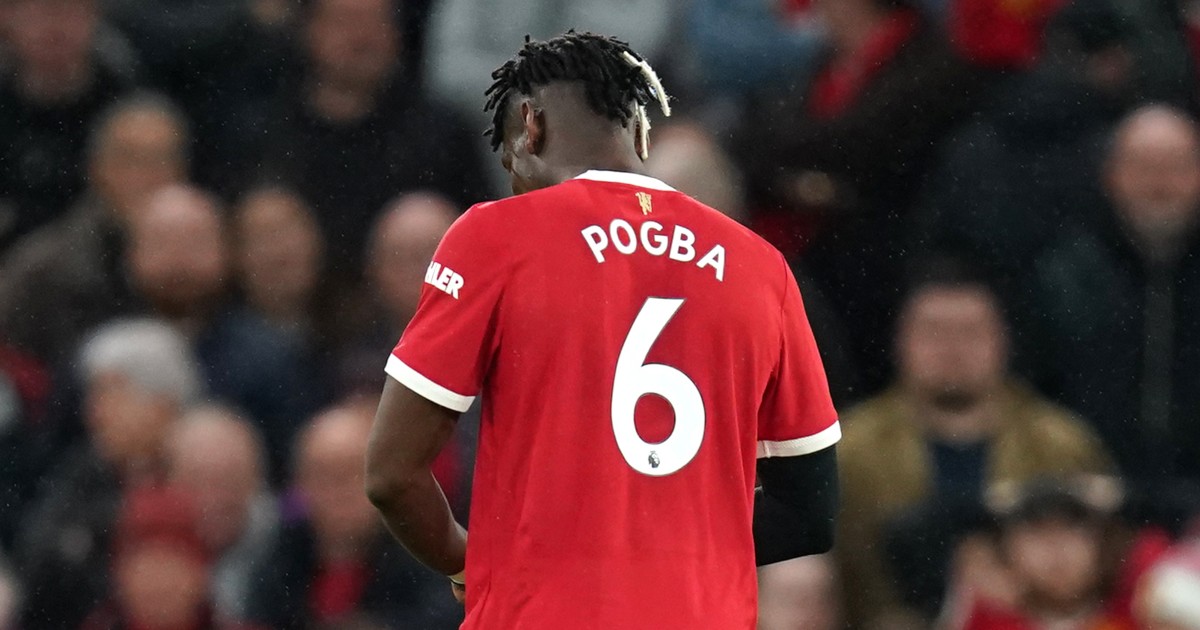 Paul Pogba has hung Neil Custis out to dry but The Sun journalist must still be reeling from the title challenge he predicted 57 days ago.

Tell me lies, tell me sweet little lies
Forgive Mediawatch for doubting the latest Sun exclusive from Neil Custis, but he has not been the most impartial party on Paul Pogba. Long before declaring this week that ‘he should never be allowed to wear the shirt again,’ Custis spent more than two years trying to shuffle Pogba out of the Old Trafford exit door, so yeah.

He once wrote that Pogba ‘probably cost Mourinho his job when the former United manager axed Pogba from his team and stripped him of the vice-captaincy’. He once described the Frenchman as “the most disliked Manchester United player of all time”. And now he says a ‘furious’ Pogba apologised to teammates but ‘snubbed’ his manager in the dressing room after the defeat to Liverpool.

Over to you, Paul:

It’s enough to make you wonder how Custis has possibly got the inside scoop that Pogba ‘has now put all talks over a new contract on hold’ when the man himself has debunked the story in its entirety.

Jury duty
On August 31, Custis scoffed at the fact that ‘for many, the jury is still out on Ole Gunnar Solskjaer,’ writing that ‘it must be the longest trial of any top-flight manager in history’ considering the ‘body of work’ he had already established at Old Trafford.

By October 27, he seems to have realised why. He writes in The Sun that ‘Carrington has gone flat’, ‘the players are uninspired by the training sessions’, ‘big names are losing faith with the manager’ and ‘the club need someone new to reignite the Red Devils’.

It sounds like the jury has delivered a comprehensive verdict and Custis – who wrote with no little bafflement at the start of the season that ‘Solskjaer seems to have to justify his position from game to game, such is the expectation at the world’s biggest club’ – suddenly agrees with them.

Of course, it was back in August that Custis discussed how Solskjaer had ‘got them in with a real shout of winning the title again’, how he had proven ‘why the board kept the faith with him through tough times’ and, to repeat, how he ‘has a team and squad that can bridge the gap to Manchester City and challenge for the title again’.

Fast-forward less than two months and Solskjaer was ‘clinging on to a dream rather than reality’ in saying “we are too close to give up now”. He also ‘felt he was getting within touching distance with last season’s second-placed finish – but they were still well off City’. Oh, and he only finished ahead of Liverpool and Chelsea because of injuries and managerial upheaval respectively, while Solskjaer is harming the development of Mason Greenwood and Scott McTominay, should be playing Eric Bailly instead of ‘Sunday League’ Harry Maguire, is failing Jadon Sancho and Donny van de Beek and cannot get the best out of Bruno Fernandes, Paul Pogba or Cristiano Ronaldo.

Custis is right: that is a phenomenal ‘body of work’.

He ends by declaring that ‘a changing of the guard is needed’ at Manchester United. Fifty-seven days ago it was ‘full speed ahead, with Solskjaer at the wheel…and it is right where he deserves to be.’

Maybe the jury was right to be unconvinced by four semi-finals, one final and finishes of 30, 33 and 12 points respectively behind Premier League champions after a total spend of over £400m. Funny, that.

Darm it
Elsewhere on The Sun website, it is revealed just ‘how Man Utd could line-up under Antonio Conte including snatching Marcos Alonso from Chelsea and Barella from Inter’.

Because they clearly haven’t spent enough already and Conte would be forced to sign six new starters, including Matteo sodding Darmian.

Echo Chambers
Mark Irwin never fails to be incredibly grumpy about Arsenal and he makes no exception when reporting on their Carabao Cup victory over Leeds in The Sun:

‘Brought on as a 54th-minute substitute for the injured Ben White, Chambers scored with his very first touch of the game to secure the Gunners’ place in the quarter-finals.

‘And he was joined on the scoresheet by Carabao Cup specialist Eddie Nketiah, whose seventh goal in eight appearances in this competition was enough to see off his former club.

‘And it was a good job for Arteta that the popular duo came up trumps to keep Arsenal in contention for one of the few competitions they actually have a chance of winning.’

Feels like he deserves some credit for starting a weakened team, making game-changing substitutions and advancing while keeping a clean sheet, instead of saying ‘it was a good job’ for him that one of the players he brought on scored.

Also, the 2020 FA Cup champions probably have a solid opportunity to claim that trophy again in 2022, so ‘they actually have a chance of winning’ two of the three competitions they have entered this season. And that seems alright.

Jurassic spark
No website is innocent when it comes to clickbait but some instances of it are painfully contrived and eye-rollingly laborious.

On the rare occasion, however, it can be absolutely brilliant and worthy of a pat on the back. Which brings us to this brilliant interpretation of Liverpool assistant Pep Lijnders likening the club’s forwards to “raptors in Jurassic Park” in how “they go for it, they are lethal”.

Run that through the Daily Mirror website‘s clicky translation machine and you get this:

Make no mistake: we are incredibly jealous at that level of sh*thousery.