Home All The News Mediawatch: Former foreigner complains about foreigners 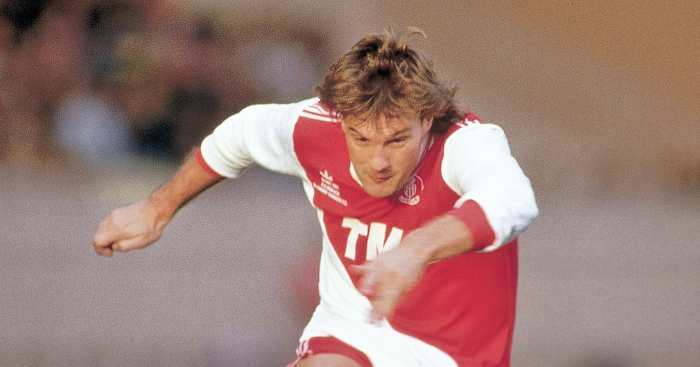 Neil on the head
A question for you. Who could have watched Tottenham’s admittedly very impressive win over Real Madrid on Wednesday and concluded the following:

* That a first-half tackle from Jan Vertonghen on Cristiano Ronaldo ‘had shades of Franz Beckenbauer’?

* That Tottenham ‘looked like they had reinvented the sport’ at times?

Step forward Neil Ashton of The Sun, who describes Tottenham as ‘seductive’, ‘irresistible’, ‘delicious’, ‘exceptional’, ‘special’, ‘spine-tingling’, ‘bedazzling’, ‘breathtaking’ and a host of other superlatives. The first line of his piece reads: ‘Oh, my. Tottenham Hotspur have arrived.’

Which is funny. Because it was just four days ago that Ashton himself wrote that ‘this is yet another Tottenham team that is in danger of being remembered for being all fur coat and no knickers’.

You’ll find fewer lurches in an Addams Family box set than in a week of Neil Ashton articles.

Glexit
So Tottenham were various shades of excellent, but what was the most important point? Fear not, for Glenn Hoddle has it covered on BT Sport.

“All the other clubs that have been great, they had loads of foreigners, they didn’t have enough English people. For Spurs, there’s an added bonus there.

“Arsenal are full of foreigners. Chelsea went through that spell as well.

A reminder that Hoddle signed 15 players as Tottenham manager from 2001 to 2003, including such good old-fashioned Brits as Goran Bunjevčević, Jonathan Blondel and Milenko Acimovic.

In fact, nine of the 15 players Hoddle signed in his last Premier League job were neither British nor Irish.

Oh, and he was named Ligue Un’s Foreign Player of the Year for the 1987/88 season, and his spell at Monaco was the second-longest of his playing career. They presumably embarked on similar rants regretting how Monaco had won the title with a foreign in their ranks.

You were one of “loads of foreigners” once, Glenn. You can’t have it both ways.

City slickers
“City, where are the English players?” Hoddle would continue in the above missive.

At this stage, Mediawatch would like to lend a helping hand. One of them is their top scorer in early November, Raheem Sterling. Another is one of their most consistent players of the season thus far, John Stones. Two more can be found on either flank, Kyle Walker and Fabian Delph.

Keane to impress
Not to be outdone in the grumpy old man stakes, Roy Keane offered his thoughts on Liverpool to ITV.

“If Liverpool were playing out in my back garden, I wouldn’t watch them. They’re just drifting. Drifting nowhere.”

Perhaps save such a scathing critique for after a poor performance or result, not after consecutive 3-0 victories puts them within three points of the Premier League’s top four and top of their Champions League qualifying group?

Kama’s a b*tch
Elsewhere in The Sun, Neil Custis is busy talking about Chelsea’s defensive troubles.

‘In the first four games this season [Antonio Conte] used three different defensive combinations, while Andreas Christensen still pops up from time to time but is not a regular,’ he writes.

‘The rest are being switched all over the place. On Tuesday, skipper Gary Cahill started on the right of defence as opposed to the left before he was eventually subbed and quit the stadium in a huff.

‘Antonio Rudiger has played left and right. Cesar Azpilicueta, too. Cahill has been left out altogether and David Luiz thrown forward into midfield.

‘No wonder the champions look distracted. That’s more people in more positions than a double-page spread in the Kama Sutra.’

Neil Custis and Kama Sutra sharing a sentence is a little too much for the imagination on a Thursday lunchtime. Or ever.

Fanning the flames
What do Jose Mourinho and Jurgen Klopp have in common? They are both Premier League managers, are both in their 50s, and have both been handed the big-six crisis baton at least once this season.

They have also both complained about their home support on at least one occasion. Mourinho aimed something of a dig at the fans this week for the smattering of boos that met the substitution of Marcus Rashford for Anthony Martial against Tottenham, with Martial going on to score the winner.

As for Klopp, he is, in the words of Brian Reade, ‘often seen urging the fans to make more noise’.

Reade, a man at the heart of football and with a column for the Daily Mirror, has a proposal:

‘They can’t accept the film star salaries that guarantee them eight-figure pay-offs for failure, without accepting there’s a trade-off with the type of hard-to-please customer the wealth-obsessed Premier League feels it needs to attract.

‘They bought into it. They benefit massively from it. And if they’re really concerned about it and want the soul returned to English football then maybe they should Skype their bosses in America and demand they bring in measures to make their grounds the noisy, passionate cauldrons of old.

‘Perhaps, as a Shanklyesque gesture, they could even offer to hand back a chunk of their wages to help make some tickets affordable to local working-class under-25s, who are most likely to get the place jumping again.

‘What do you say chaps? Sorry. Speak up. You’ve gone a bit quiet.’

Mediawatch sympathises with fans over the rising cost of match tickets and the growing corporatisation of Premier League football. But is the solution for any manager who wants his supporters to make a little bit more noise really for said manager to donate some of their wages to said fans?

Rolling Stones
Martin Keown has a word of advice for Gareth Southgate.

John Stones has started nine of England’s last 13 games. Gary Cahill, Kyle Walker and Eric Dier are the only players to have featured more often under Southgate. He was already picking him, Martin.

‘Wenger gets nutmegged by youngster Maitland-Niles in training – but how did the Arsenal boss react?’

By laughing. This news lark is easy, isn’t it?

Shock of the day

🔊 *'REDKNAPP REFUSES TO RULE HIMSELF OUT OF JOB' KLAXON* 🔊

This time it's the #SAFC job… pic.twitter.com/dok8JSmGkB

Those poor young English managers, having their paths blocked by…old English ones.

Worst headline of the day
‘Alli2jah!’ – The Sun.

Recommended reading of the day
Dominic Fifield on Chelsea.