Home Home Page Front Page Mediawatch: From ‘the end of the world’ to ‘high-end hotel’ 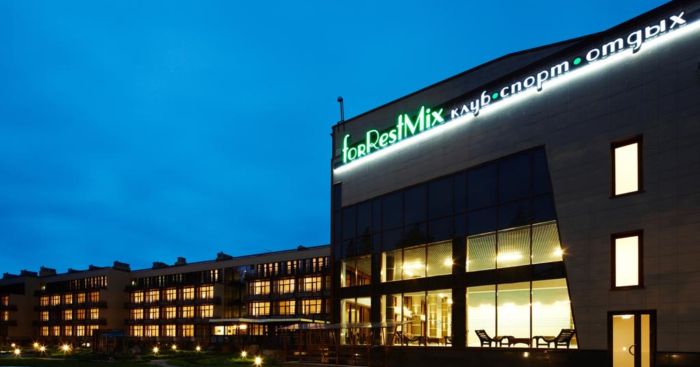 You know the World Cup starts tomorrow when…
The biggest football story according to The Sun is Daley Blind getting engaged to his girlfriend.

‘DALEY BLIND’S future at Manchester United may be unknown – but he has no doubt who he will be spending the rest of his life with.’

Love is Blind. And so is their loyalty to celebri-football.

C-c-called a U-turn
In November 2017, Neil Ashton was establishing his reputation as Chief Grumpypants II. In one grumbling column for The Sun, he wrote:

‘It is no use arranging all these prestige games one after the other so Marcus Rashford, Joe Gomez and Harry Maguire can collect England caps.’

Then Ashton went to England’s training camp in Repino, and things got a lot more depressing:

‘This lonely planet, deposited in the middle of the sprawling Komarovo forest 45 minutes west of St Petersburg, will test their resilience.

‘When England’s players open the curtains at the forRestMix Club each morning and look out from their balcony at the pines and spruces, they will not be able to see the wood for the trees.

‘This modest hotel, a summer retreat built with wedged-up Russians in mind, will soon cut them down to size.’

It went on and on and on, but we’ll leave you with our favourite line:

‘Make no mistake, this place could drive anybody to drink’.

In June 2018, Ashton has changed his mind. Allowing his opinion to change with the wind – as his is thing – he has been positive about England, Gareth Southgate and even Rashford. From ‘one of leanest England squads in living memory’ to ‘they make you want to believe’. It really is comical.

Suddenly, Ashton’s view of England’s hotel has completely turned on its head too. How strange:

‘The mood at the ForRestMix Hotel is good.

‘England’s players arrived at their World Cup hideaway last night, bouncing up and down the corridors and sussing out their new surroundings.’

You will notice that ‘lonely planet’ has become ‘hideaway’. Ashton should become an estate agent.

‘ForRestMix, a high-end hotel for well-heeled Russian holidaymakers, has a different feel to it.

‘This secure, secluded spot is Gareth Southgate’s choice, 45 minutes from the hubbub of St. Petersburg or the many temptations of Moscow.’

A reminder: Ashton is describing a place that just seven months ago he labelled as ‘the end of the world… that could drive anybody to drink’.

That’s the problem with ludicrous hyperbole and ever-changing opinions; it all catches up with you.

From Russia with love
You may not be familiar with the name Victoria Lopyreva, but Mediawatch fears that you are about to become so. She is the former Miss Russia and current official FIFA ambassador for the World Cup, whose job ostensibly seems to be persuading English tabloid journalists to write that Russia is great, certainly not just because they think she is beautiful.

Lopyreva has already done a job on The Sun’s Neil Custis, who went from tweeting ‘Anyone who is thinking of going to Russia for the World Cup just forget it’ to ‘Thanks to @LopyrevaVika for our tour of Rostov and an excellent lunch. Genuine desire here to give world a warm welcome next summer’ within the space of two days last year. Magic.

Also on that tour was the Daily Mirror’s David McDonnell (that’s him stood next to Lopyreva):

Big thanks to @LopyrevaVika and @VadimKovalev for being such generous hosts in Rostov and showing the progress here ahead of World Cup 2018. pic.twitter.com/dcUltSZkpJ

So what a surprise that on the eve of the tournament, McDonnell has written a feature with the same Lopyreva, who is ‘bidding to use World Cup 2018 to change negative perceptions of host nation’.

‘Former Miss Russia Victoria Lopyreva is on a mission to use the World Cup to change ­negative perceptions of her homeland,’ McDonnell writes.

‘The 34-year-old, who has 1.8million followers on ­Instagram, is not just a pretty face – she’s also a genuine lover of the beautiful game.’

So you’re saying attractive women can like football too? Well now we are convinced after all.

And yes, that line made us feel a little bilious too.

99 problems
The World Cup is a difficult time for those who concentrate solely on the fortunes of one or two clubs. With actual football taking up people’s attention spans, they’re suddenly less bothered about transfer rumours that may well turn to nought. The trick is to link what happens in international football with the club game, however tenuous those links may be.

And so on the Manchester Evening News website you have headlines such as ‘Lukaku’s amazing display for Belgium has Man Utd fans all saying the same thing’.

Is what they’re saying “Why do you keep basing news stories on the opinions of three people on Twitter?”?

‘The clash of styles between Jose Mourinho and Pep Guardiola is creating a headache for Belgium manager Roberto Martinez.

‘Belgium’s golden generation are heading to the World Cup as one of the favourites – but Martinez’ biggest problem is moulding together his Premier League stars.’

We’ll stop you there, because this is the problem of every international manager. Breaking: International players play at different clubs.

‘Manchester United, Manchester City, Chelsea and Tottenham make up the majority of his squad – but play markedly differing styles at club level.’

Firstly, Manchester United, Manchester City, Chelsea and Tottenham do not make up the majority of Martinez’s squad; they make up nine of the 23 players included.

Secondly, this is the same issue as every other manager. Poor Gareth Southgate has 14 of his 23 in those four club sides, so he’s absolutely buggered then. Which given that Belgium play England…

‘Sources close to Martinez claim that has been among his biggest issues while preparing Belgium for the tournament in Russia.’

‘Sources close to Martinez’ don’t really have much inside information. Everyone worth their Belgian salt knows that knitting together individuals into a team structure is the key to making this team succeed.

‘Massive boost’
‘Real Madrid named Julen Lopetegui as their new boss, in a massive boost to Liverpool, Chelsea and Tottenham,’ reads a story on the Sun’s back page.

Tottenham we’ll give you, although Mauricio Pochettino was ruled out a while ago.

Jurgen Klopp was never leaving Liverpool this summer, so that’s a non-starter.

But Chelsea? If Roman Abramovich had received an offer from Real Madrid to buy out Conte’s contract, he’d have sailed him there himself in his yacht.

It is literally the opposite of a massive boost.

We said it was a nonsense story then. We still do.

“You just cannot rule out the moody Blues of France. As usual, it will be triumph or disaster – there will be nothing in between – but they have got some talented players.”

If only there was an example of them doing something in between triumph or disaster at a recent major tournament. Like Euro 2016. Or World Cup 2014.

Know news is good news
Headline in the Daily Mail: ‘Gareth: I know my team already’.

“If we were playing tomorrow I probably do, yeah, but we have another week of preparation and we have a lot of competition for places and that’s good because things can change very quickly.”

So he doesn’t know his team for Monday, then.

BREAKING: Sky sources: The future of @JackWilshere remains uncertain but talks are ongoing between him and @Arsenal. #SSN pic.twitter.com/HdFuU8WqX5

Recommended reading of the day
Michael Yokhin on Russia.