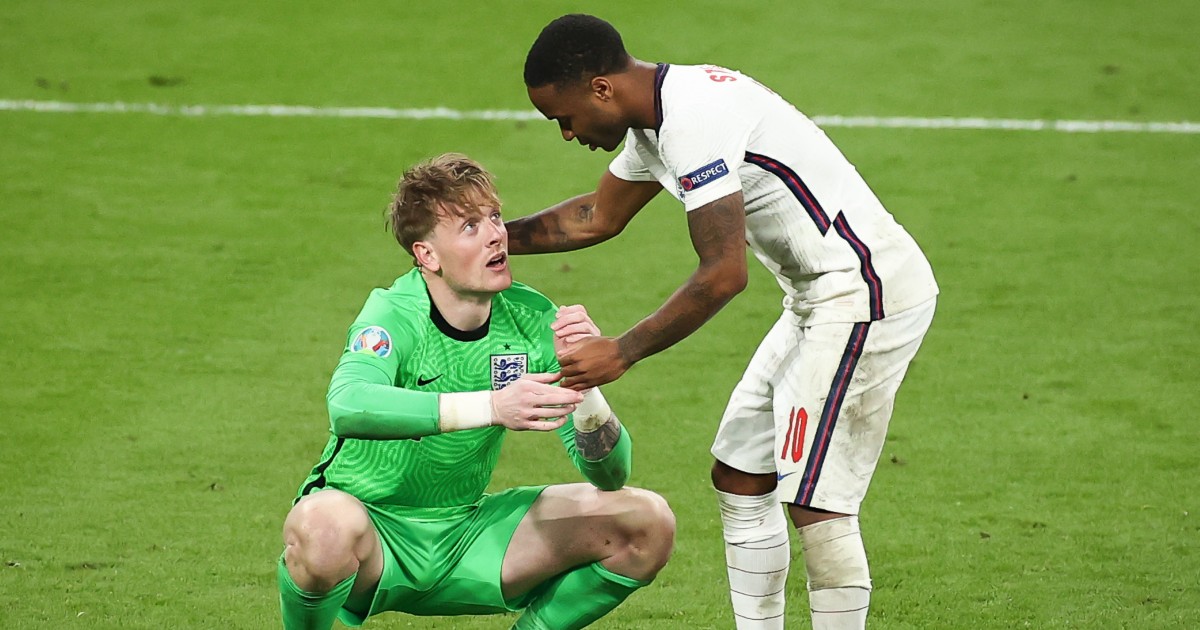 England will never lose on penalties again if they just make specialist subs in extra-time and hold shootouts after every Premier League game.

And the man to do that is Sir Clive Woodward, who offers four pointers of his expertise in the Daily Mail. One of them is to just appoint Matt Le Tissier as a specific penalty coach.

To be fair, he never did miss a penalty in a major tournament. Or for England.

But one of Woodward’s recommendations is to ‘stage a penalty shootout after every Premier League match’ during a major tournament season, ‘with the crowd encouraged to stay’.

The thing that Mediawatch particularly enjoyed about Serie A this past campaign was the fact that they held penalty shootouts after literally every game.

‘Five penalties, all taken by English players. This is our league, we can make the rules.’

Can’t wait for Jurgen Klopp to sub Mo Salah off for Nathaniel Phillips in stoppage time with Liverpool chasing an equaliser in a Merseyside derby at Anfield, purely so they have enough penalty takers after the game for an entirely meaningless shootout that will inspire England to World Cup victory in Qatar.

‘And who’s the best penalty-stopping keeper for England in that competition environment? It might be Jordan Pickford but if, statistically, there is a specialist, consider subbing that player on with a minute to go of extra time.’

1) Jordan Pickford literally saved two penalties in the final shootout. It would be harsh to substitute him for Karl Darlow because he saved all of Burnley’s spot kicks for Newcastle in one of these meaningless competition shootouts after a 3-3 draw in December.

2) Mediawatch can remember no previous example of penalty specialists being substituted on with a minute to go of extra time in a game and it going wrong in a subsequent shootout. It has surely never happened. This is foolproof.

England did their research. Sometimes players just miss penalties or have them saved, almost as if the opposition also researches. Making Mark Noble take a penalty in front of a half-arsed and quarter-full Vicarage Road a few months before a major tournament probably won’t change that.

Six degrees of preparation
Woodward’s plan is teased on the back page of the Daily Mail, which features a doom-mongering exclusive from Matt Hughes:

‘England will begin the 2022 World Cup in Qatar having not played for two months due to the tournament being staged in the middle of the European season.’

So, presumably, will Italy, France, Spain, Germany and most of the other favourites from the continent.

But no, England are to suffer most.

‘Assuming they qualify, the shortened window is likely to affect England’s preparations in particular because, with 20 clubs, the Premier League has more matches than most other leagues.’

Except for Italy, Spain and France. And what of the foreign players in the Premier League? Will they not be affected or is this only a problem if you are specifically English?

In any event, this is dreadful news for a country that did not have many of their players available for selection in two Euro 2020 warm-up games this summer because they had featured in major European finals for their clubs. It really did hold England back that most of their key players had their most recent pre-tournament game in March, three months before the competition started. If England are not playing for two months before the 2022 World Cup, there probably isn’t any point in even going. 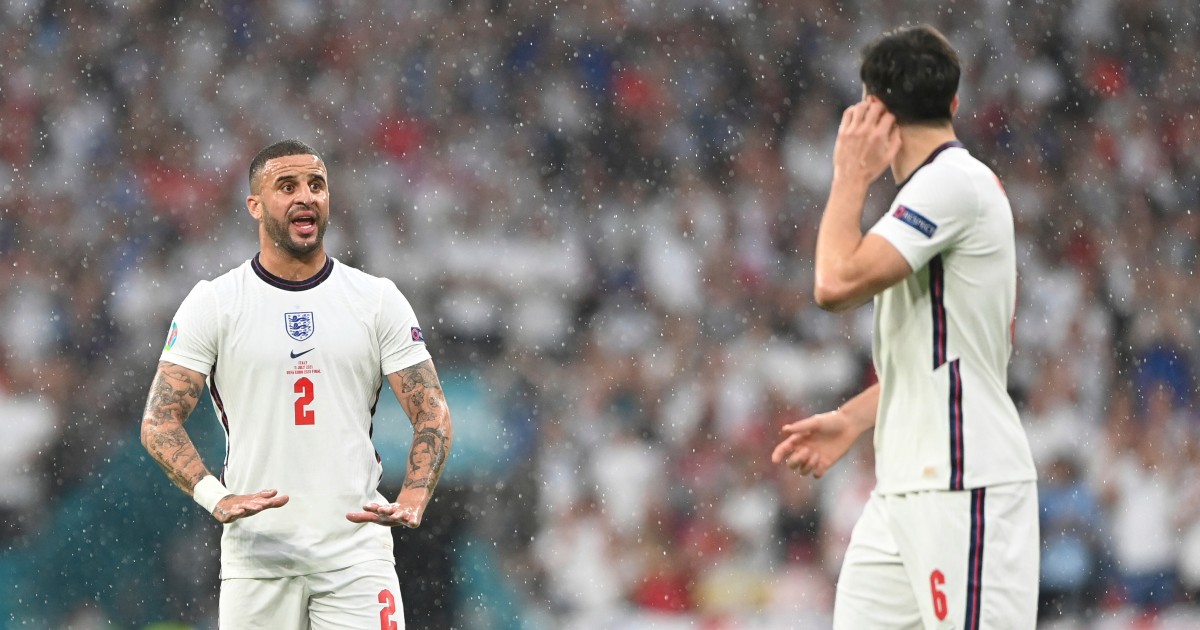 ‘Jorginho has had a summer most can only dream of, adding a Euro winners’ medal to Champions League glory.

‘The double has seen the Italian emerge as an unlikely contender for the Ballon d’Or.

‘That seemed unfathomable when he was frozen out in the latter days of Frank Lampard’s Chelsea reign.’

He was not a guaranteed regular but few were and that most certainly does not mean ‘he was frozen out’: Jorginho missed 49 minutes of the Champions League group stages and started three of Lampard’s last six Premier League games, coming on at half-time in another.

It is possible to say his rise to new prominence at club and international level has been unexpected without pretending Thomas Tuchel or Roberto Mancini found him down the back of an Italian sofa.

Italian job
Jorginho was certainly not frozen out of the Italian dressing room at Wembley, much to the apparent chagrin of The Sun website:

It is precisely as you might expect: pictures of a rather untidy dressing room with ‘beer cans, wine and champagne bottles everywhere’.

But ‘things were very different’ in the England dressing room, where ‘a pile of, would you believe it, pizza boxes were neatly stacked on the table’.

‘It’s what you would expect of a team led by the respectable Gareth Southgate, who is in line for a knighthood in the New Year’s Honours List.’

It’s also what you would expect of a team that had just lost a major tournament final at home on penalties. They probably didn’t feel like having a party. But Mediawatch does enjoy the accidental insinuation that the ‘respectable’ Gareth Southgate will be knighted because his players clean up after themselves.

The full circle of a rumour:

“Youri Tielemans is pushing for a move to Liverpool.”

🔁 English media quoting Belgian website voetbal24. Their first sentence: ‘various British media are saying …’ Their paragraph where they talk about pushing: ‘In England they are saying …’

Sh*thouse headline of the day
‘Maguire admits he would have acted differently to England’s penalty-missing trio’ – Daily Mirror website.

Yeah, he said he wouldn’t have wanted to take one at their age. Why give that negative connotations in the headline, especially considering what has happened to those three particular players in the aftermath?

Gunner lose
The biggest story in all of football at 11am on Wednesday morning, by the way, if the Daily Mirror website is to be believed, was that Arsenal lost a pre-season friendly.

The biggest story. All of football. Arsenal losing a pre-season friendly. Cheers, England, but the Premier League is upon us.