Everyone remembers how Jack Grealish turned down Tottenham in 2018, right? 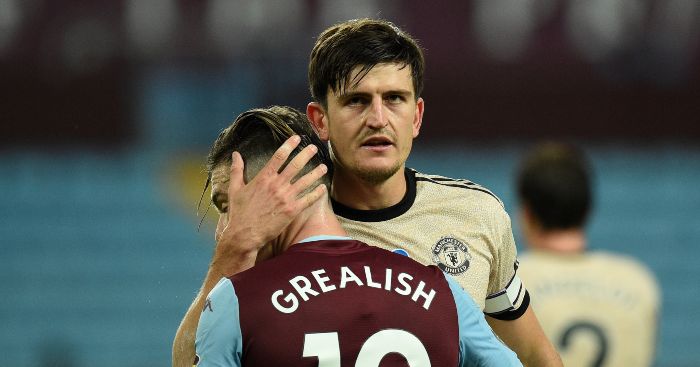 Stan Collymore adores Jack Grealish. This is common knowledge. He said last month that he was capable of becoming ‘a legend’ at Manchester United if he ever joined, naming him as his player to watch this Premier League season.

The one-sided love affair continues in the Daily Mirror on Tuesday, with Collymore paying particular tribute to the Aston Villa captain for rejecting Tottenham in 2018.

Save your confusion for just one second. We’re getting to it.

‘He made the right decision not moving when Spurs wanted him,’ he writes. ‘He’d have just been in their squad at that point.’

Indeed. Just look how much you praised him at the time. He’d have just been a squad player…for ‘a cracking club’ at a ‘sustained high level’.

Deserves the chance to have a crack at sustained high level football which , alas, we can't give him.

Let's send him on his way to a cracking club and welcome him back home someday.

Go and shine @JackGrealish1, it's all there for you kid. 🙌🏽

Good on you for making ‘the right decision’ and all that.

‘Since then Jack has taken a step up and is a serious player. Well done for not taking that move, helping get Villa into the top flight, but he can play for any elite club now.’

There is but one problem: Grealish didn’t turn Tottenham down. Of course he didn’t, considering he was playing for a Championship club managed by Steve Bruce, and had been approached by a Champions League club coached by Mauricio Pochettino.

Hell, here is Grealish himself on the situation in September 2018:

“Of course, there’s going to be disappointment there. You’ve just got to look at what Spurs have done this season. They’ve beaten Manchester United 3-0 at Old Trafford, they’re playing Barcelona in the Champions League next week. I felt that if I’d gone there I could have maybe been in the England squad by the end of the year. I would never have gone there just to make up the numbers.

“At the start of the season my head was swivelled, it was all over the place. Even after the transfer window closed, until the end of August, I wasn’t right.

“At that time it could have got done, but for whatever reason it didn’t. They weren’t willing to pay what Villa wanted at the time.”

It sure sounds like the words of a man who rejected the chance to leave. Or clearly wanted to leave until Tottenham did what Tottenham do.

On that quite vague note…

‘Poch, it seems, had barely registered in the thoughts of two of football’s biggest clubs before being passed over. And now the out-of-work Argentine must be wondering exactly when his big chance is going to come.

‘All those elite manager’s jobs which were supposed to be awaiting him have yet to materialise. And we’re rapidly approaching the point where Poch is in danger of becoming the forgotten man of football.

‘The Argentine Alan Curbishley, if you like’ – Mark Irwin, The Sun, August 20.

‘Pochettino remains the king across the water for every major club contemplating a change in the dugout. Manchester is still his most likely destination.

‘Pochettino has been a future United boss for years now… whenever Guardiola does leave – and that will always be the Catalan’s own choice – Pochettino is clearly a prime candidate.’

So a literal Champions League finalist isn’t the Argentine Alan Curbishley just because he’s taken a year out of management?

This international break has felt particularly laborious but the end is near, not that the national media are prepared to let that stop them continuing to peddle the idea that Gareth Southgate and Jose Mourinho are at constant loggerheads.

‘Gareth Southgate on fresh collision course with Jose Mourinho over Harry Kane,’ reads the headline to a Daily Mirror story that tells us the England manager ‘is ready to risk the wrath’ of his Tottenham counterpart ‘in a potential club versus country row’ by playing him against Denmark, “all being well”.

That would be the same Kane who didn’t even make the bench against Wales and played less than half an hour at home to Belgium, with Southgate daring to consider starting him against Denmark if he is fit to do so.

The Daily Mail, The Guardian, the Daily Telegraph and The Times all parrot the ‘collision course’ line; Mediawatch would understand if he’d already played 180 minutes and was in line for another 90 but he’s barely featured; was everyone under the impression that England called their captain up to be a cheerleader?

Over at the Manchester Evening News, they are providing groundbreaking and revelatory pieces of advice for free. Are you reading, Ole Gunnar?

You know precisely where this is going: January 2006, when Ferguson ‘proved that two key signings can propel you to a league crown within 18 months, providing you get who you want’.

So all United need to do is sign the next Nemanja Vidic and Patrice Evra. Or at least ‘act decisively and prepare themselves’ to bring in ‘two key players in the two obvious areas to address’.

It really is that simple. How has no-one thought of just signing two future club legends for a combined £12.5m before?

So Paul Scholes has come out and said that Edwin van der Sar is a perfect DoF for us because he’s doing that at Ajax. He’s the CEO, Overmars is the DoF.

He’s then said we should have loaned Cavani, who was a free agent, so that’s impossible. Why bother even commenting?

The most MailOnline headline of this or any other day…

First, it is about 427 words long. Second, it is almost entirely in quote marks despite not being an actual direct quote. Third, it was promptly described by Matt Law of the Daily Telegraph as ‘total bollocks’ on Tuesday morning.

Aside from that, great work as ever.