Home Mediawatch Guardiola panics over Kane; everyone ‘writes Liverpool off’ 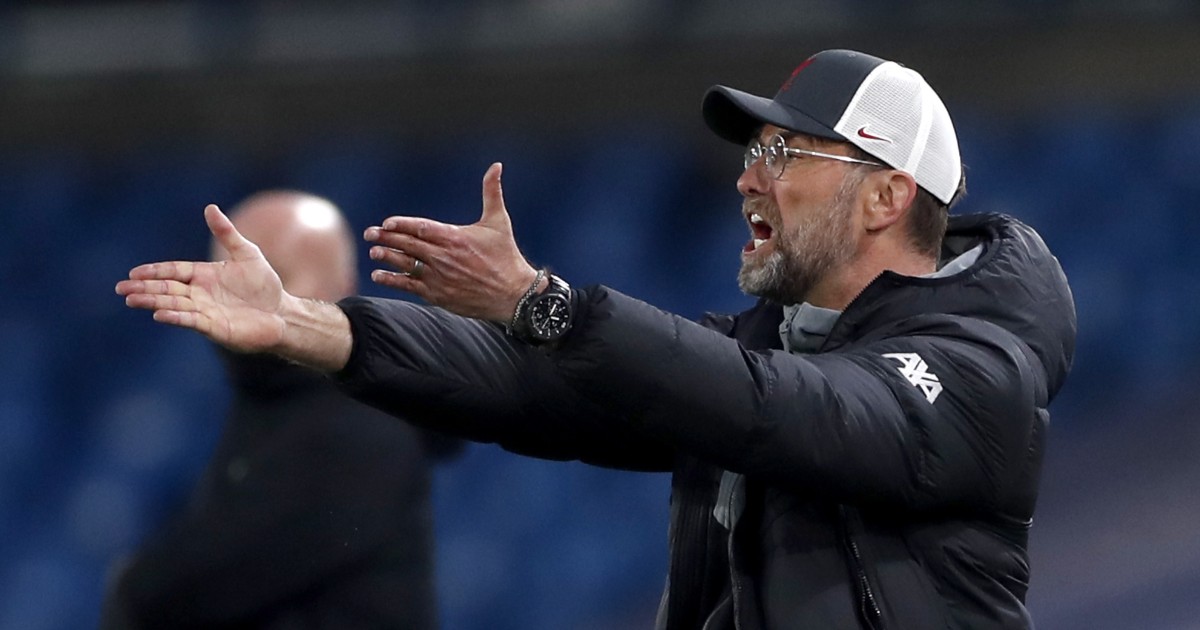 Pep Guardiola has lost all perspective over Harry Kane. People are daring to predict a team other than Liverpool will win the title.

And welcome to the BBC Sport predictions party, Brentford:

‘Now they are here, I think they have some very good attacking players and they will go for it in games. That might mean they lose a lot this season, but they will win a few too.’

Lawro’s prediction for their game against Arsenal? A 1-1 draw. Brilliant. Glad to have you back.

Insisticide
On the subject of the Bees, this is great from the Daily Mirror website:

One in the eye for everyone who assumed Brentford would treat their first top-flight season since 1947 as a p*ss-take.

Dangerous liaisons
Those Lawrenson tips are otherwise pretty standard fare – Chelsea, Liverpool, Manchester City and Manchester United wins and every game finishing either 1-1, 1-0, 2-0 or 2-1 – but this line is a little curious:

‘It is always dangerous going to a newly promoted side on the opening day, but I’m backing Villa to leave with the points.’

Dating back to the 2008/09 Premier League season, 20 newly-promoted sides have played at home on the opening day; three have won.

It did not feel ‘dangerous’ when Bolton hammered QPR 4-0 in 2011. It did not feel ‘dangerous’ when West Brom and Fulham both started last campaign with 3-0 defeats at home. Watford might fare well against Aston Villa but it will have nothing to do with the apparent inherent danger of visiting a team in their first game coming up from a lower division.

Desperate measures
Mediawatch does not doubt that ‘PEP GUARDIOLA is desperate to get Harry Kane signed next week’. He quite explicitly would like to sign one of the best strikers in world football and the sooner the better.

But are The Sun really exclusively suggesting this is because the Manchester City manager ‘fears a potentially disastrous slow start to the season’? Are Neil Custis and Paul Jiggins genuinely trying to convince everyone that Guardiola ‘knows City cannot move through August without a top-quality recognised striker with all their title rivals having already strengthened’?

* Manchester City have spent more than three times as much as Liverpool this summer to try and widen a 17-point gap despite ‘all their title rivals having already strengthened’ and Guardiola’s side apparently standing still unless they sign this one particular player.

* This front-page exclusive looks more laughably desperate by the day. Why is a £120m offer being tabled if Kane was ‘poised for a £160million move’ to the same club a few weeks ago?

Start attack
From that Custis and Jiggins story is this absolute gem:

‘City have yet to replace Sergio Aguero and Guardiola does not want another slow start like last season, when his team were 11th after eight league games.’

The Premier League champions truly are running out of time to ‘replace’ the scorer of six goals in 20 games last campaign. And someone should point out how literal that ‘slow start’ was: their first match was a week after almost everyone else’s so they had a game in hand on eight of the nine sides above them (being 10th, not 11th).

Guardiola wants to sign Kane because he is bloody good, not because is petrified of losing 5-2 to Leicester in September again.

What method of torture do you think they used to force Di Maria to ‘admit’ he would quite like to play regular football with: a) an international teammate of more than ten years, b) a close friend, and c) one of the greatest stars in the sport’s history?

The long answer: a 263-word article, with only two of the nine paragraphs containing quotes from Trent Alexander-Arnold offering his ‘explanation’.

Echo chamber
“I think that us being kind of the underdogs helps our mentality going into games, knowing it’s more of a level playing field,” is one of the lines from Alexander-Arnold. It is a tag that players and fans seem to want to play up as much as possible.

The Liverpool Echo are properly going for it with this headline:

Oh wow. All 20 pundits have ‘written off’ Liverpool specifically? Each have said they have no chance? That is quite something.

‘Twenty BBC pundits have provided their Premier League title predictions – and not one person has selected Liverpool to claim top spot.’

The f**king cheek of them. Do they not know This Means More?

Those 20 pundits all pick either Manchester City or Chelsea to lift the title, as if the former won it by 12 points last season and have since signed Grealish for a British record fee, or the latter have added a £97.5m striker to a Champions League-winning squad.

Liverpool have had a fine summer, extending contracts and bringing in Ibrahima Konate, while important players have returned from injury. But it is possible to think other clubs will be better without ‘writing Liverpool off’.

Manchester United finished higher last season, have signed Jadon Sancho, are expected to add Raphael Varane and have not been backed to win the Premier League title by any of those 20 BBC pundits either. Yet the Manchester Evening News are sensible enough not to pretend they have been ‘written off’.

Three people said Liverpool would finish second. Seven more expect them to come third. Nine others predict fourth place. No-one tipped them to win the title but that does not mean they have been ‘written off’. No-one said they would finish 30 points behind, either.

Jermaine Beckford was the only pundit who had them outside the top four. But then ‘Liverpool written off by one of 20 BBC pundits as Jermaine Beckford dares to suggest at least four teams will be better’ is a bit of a mouthful.

The BBC prediction piece, full of pundits who have ‘written off’ Liverpool, remember, includes Stephen Warnock saying ‘they are still a very strong team’, Martin Keown ‘backing Klopp to get back the perfection that was there’ and helping them ‘challenge again, no doubt about it’, and Lawrenson pointing out their ‘hunger’ will be restored.

Imagine how positive they would be if they hadn’t ‘written off’ Liverpool like everyone else.