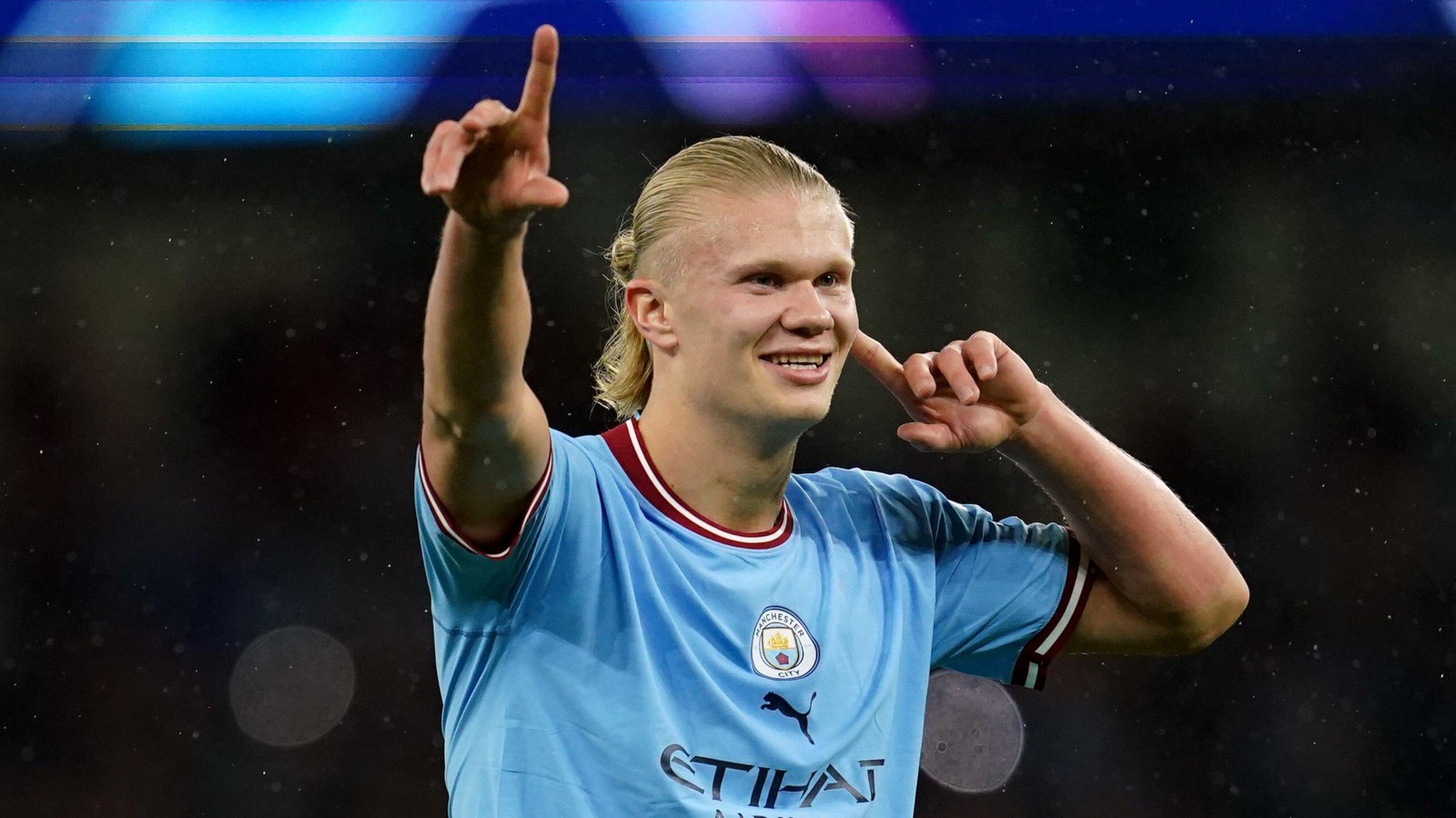 All concept of money is lost once again when it comes to Erling Haaland, but at least defenders should be able to deal with him properly now.

There, their
Mediawatch is once again asking for your financial support to fund a personal sub-editor for Neil Custis match reports before they go live on The Sun website.

These are some of the highlights from his take on Manchester United’s win over Omonia Nicosia:

‘Yes there were early chances, but that lack of belief when things don’t go there way reared it’s ugly head again.’

‘The trip to Everton on Sunday evening will see them face a side unbeaten in six all be it four of them have been draws, but two away from home and one a creditable goalless one at home to Liverpool.’

‘What was Antony doing out there apart from a spectacular first half shot. Yes he has scored on his debut and hit a cracker one on Sunday at The Etihad but he disappears.’

Perhaps he had some issues at the airport. Help him out, guys.

‘Purring like a Rolls Royce in the Premier League, and now a fjord fiesta in Europe. Arsenal are on an Arctic roll – nine wins out of 10 games this season, and Liverpool are next up at the Emirates on Sunday.’

…but it veers into something a little strange a bit further down:

‘Bodo is so far north it lies just above the Arctic Circle, and their tiny, 8,300-capacity Aspmyra Stadion will be a real culture shock for the Gunners in next week’s return fixture in Norway.’

Arsenal beat Bournemouth at the Vitality Stadium in August. It really is a wonder how those professional footballers overcame the ‘real culture shock’ of only playing in front of 10,423 fans.

Waging war
Mike Keegan’s storming Daily Mail exclusive really does take us back to a time when the media decided to completely randomly report on the overall cost of a transfer instead of only the fee.

It turns out they didn’t carry on that practice; it was reserved solely for Erling Haaland. Shocker.

‘Erling Haaland is earning close to £900,000 per week at Manchester City, Sportsmail has learned,’ is a first paragraph which really does ram home how meaningless the concept of money is in football. That’s a difference of £35,000 a week, or £1.82m over the course of a year. That’s equivalent to the average energy bill. Come on, guys.

Et voilà, the difference between the actual reported figure – £865,000 a week – and the more headline-friendly ‘nearly £1million per week’ is reduced to absolutely nothing. Try telling anyone that £135,000 a week (£7.02m over a year) is nothing with a straight face. It being football doesn’t make it alright.

We need to talk about Kevin
Another Daily Mirror website headline on the subject reads thus:

‘Manchester City sensation Erling Haaland reportedly earns more than double that of teammate Kevin De Bruyne amid his stunning start to life at the Etihad Stadium.’

With bonuses taken into account with Haaland’s deal, yes. But it is not until the seventh paragraph that the author concedes ‘it is not disclosed how many bonuses’ De Bruyne receives. And that seems quite important.

Erling learner
The Sun website occupies itself with something far more important: ‘How do you stop Erling Haaland?’

‘The only team he has failed to score against was Bournemouth, giving rivals hope,’ it says here of a 4-0 defeat in which no, Haaland did not score, but he assisted and was certainly not specifically stopped.

But let’s get that question in the headline answered. How do you stop Erling Haaland?

‘…defenders must step up and get touch-tight to Haaland.’

‘In any crossing situation, marking defenders must stay very close to Haaland, impeding his ability to make the explosive runs he so often does.’

So in conclusion, to stop Haaland you can’t leave him free, you must get touch-tight and you have to stay close. Not entirely sure how he scores so many goals when three such distinct tips are just lying around.

The grass is always Greening
Credit to The Sun website for keeping up the pretence for this story:

…by not naming the man for 12 whole paragraphs. Even the picture captions maintain the illusion of mystery. But there are two problems:

Aside from that, great work.

Keita for you
‘Naby Keita’s nameplate removed from Liverpool dressing room as injury problems continue,’ is a headline which creates precisely the confusion the Daily Mirror website wants. They get another click.

It is not until the fifth paragraph that we discover the ‘innocent reason’ for this apparent club-wide snub of the midfielder: that the nameplate was taken out to make room for Calvin Ramsay’s for the game against Rangers, and it simply had not been put back yet.

It’s not exactly Oumar Niasse not being given an Everton locker.