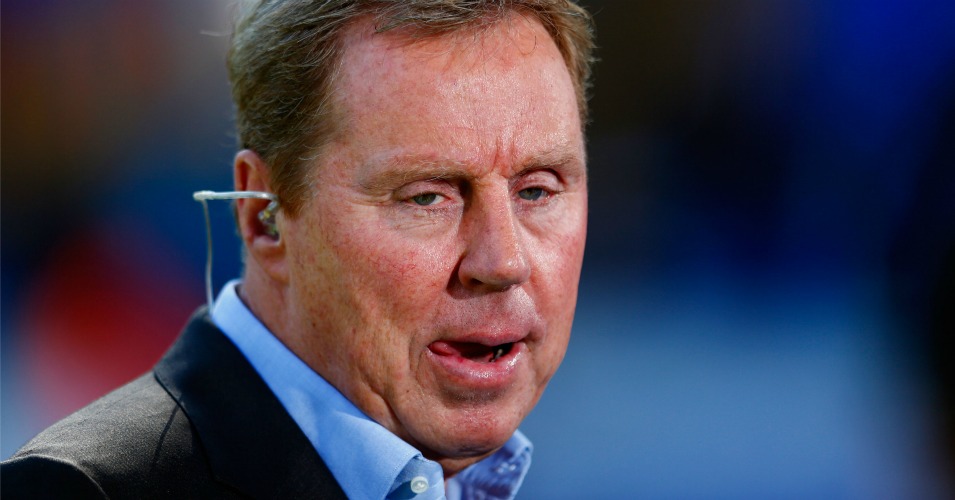 You now know where to go to find out how ‘David de Gea was spotted enjoying the sun with his girlfriend in Cheshire’. More as we get it.

Is this the purest known form of Harry Redknapp?
Last week, Australian A-League club Central Coast Mariners announced that Harry Redknapp would join the club as a football consultant. The Mariners have Peter Storrie as an Executive Vice-Chairman, who was the CEO of Portsmouth during the Redknapp years and subsequent decline. Jobs for the boys.

Mariners CEO Mike Charlesworth expressed his delight at Redknapp’s appointment, describing how Redknapp would visit “on at least two occasions during the season and hopefully more during the off season”.

The only fly in that ointment is that Redknapp doesn’t seem to have got the memo. On Talksport, not only did the new football consultant refer to the club as the ‘South Coast Mariners’ – it’s so hard to shift Sandbanks from your mind – but he also spoke about just how many times he would visit his employer.

“No, no, I won’t be going. It’s a long way. Thirty-odd hours on a plane. I came home the other week and it took me a week to recover. It’s a long way but it’s a fantastic country when you get there.”

Only Redknapp could get paid as a ‘football consultant’ for a club and not even be bothered to learn the name. Or go.

We’re told by The Sun how ‘Ed Woodward is pulling the transfer strings at the Theatre of Dreams after sanctioning last summer’s big move for Monaco’s Anthony Martial’.

Rough translation: ‘If we drop all these names will you please all renew your season tickets? If not, we’ll do the Gareth Bale/Cristiano Ronaldo thing again.’

For Fox sake
‘Foxes to join world’s richest’ shouts the headline of the top story on Sky Sports’ website on Wednesday morning.

Given that Real Madrid’s latest released revenue total was £577m and Leicester’s was £137m, this is quite the story. So, where is this extra £440m coming from?

‘Leicester City are set for a huge financial windfall after their amazing Premier League title success, according to experts in the field. Tim Bridge of Deloitte says the Foxes could even become fixtures among the world’s richest clubs if they have another successful campaign.

‘“If Leicester continue their strong domestic performance and stay up near the top of the League, while also competing in the UEFA Champions League, they can expect a pretty significant revenue increase.

‘”If that happens, we’d expect Leicester to become a fixture in our Deloitte football money league, which ranks the top 20 clubs globally in terms of revenue.”’

“Of course, you can’t compare it with other stories… You’re comparing apples with pears.”

Finally, somebody has said it. It is possible to enjoy Leicester’s achievement without comparing it to, and ranking it against, other sporting shocks. There’s simply no need. Just enjoy it, as Scudamore say…oh what’s that Richard? You haven’t finished?

“But in terms of an overall story, as an overall achievement, it is absolutely the best.”

“It is exceptional what they have done. I can only credit them for what they have done and achieved. I texted Kasper Schmeichel to say congratulations and he was happy. I could feel that in his text message. He was really happy. They definitely deserve it.

“We threw it away a few games ago when we had the chance to go top, which we didn’t. After that they showed consistency by winning games 1-0 for the whole season. So congratulations to Leicester. Hopefully next season will be revenge.”

Mentions of Arsenal: Count them up for yourself.

On the same page
‘Mark Clattenburg has had his best season but sometimes as a referee you can feel invincible and his performance on Monday night will have been a huge wake-up call’ – Graham Poll, Daily Mail.

‘Mark Clattenburg was the coolest man at Stamford Bridge on Monday night. And he simply does not deserve the criticism he has received on social media… He must come out with a huge amount of credit. I’d imagine the players were very happy with Mark’ – Mark Halsey, The Sun.

All we’re asking for is consistency.

“Jamie Vardy went straight from the bottom to the Championship, which eventually led him to start drinking booze every single day. We had no idea what to do. I didn’t even know about this until someone told me that he came to train while he was still drunk.

“So I went to talk to him myself, I asked ‘do you wish to end your career like this? Do you want to stay here like this? We’ll let your contract run out then release you. Don’t expect a better career path. He said he didn’t know what to do with his life. He’d never earned such a large amount of money.

“So I asked him ‘What’s your dream? How do you think your life should be? Just think carefully about what would you do for the club. I invested in you, do you have something in return?’ After that he simply quit drinking” – Leicester City owner Aiyawatt Srivaddhanaprabha.

Just a shame he took it up again before that night at the casino.

So, how many times did Adrian Durham use ‘I’ (or variants), ‘me’ or ‘my’ in his column on Hillsborough?
The answer: 44

Unearthing of the day
‘As recently as 2012, Vardy was still a non-League footballer at Fleetwood Town’ – Robbie Savage, Daily Mirror.

What? Why did nobody say so before?

Ballsy shout of the day
‘I doubt if even Tinseltown’s great director Steven Spielberg would be able to find an actor who could do justice to Vardy’s astonishing rise’ – Robbie Savage, Daily Mirror.

In ET, Spielberg directed a ten-year-old boy to act out being friends with a small alien. We reckon he could inspire someone to play a morally dubious footballer without too much trouble.

Tired angle of the day
‘I, Richard III, Richard Plantagnet, Duke of Gloucester, also called Crookback, Hunchback and King Richard of England for too short a time…’ – Daily Mail.

James Galbraith on the ‘other’ Barcelona