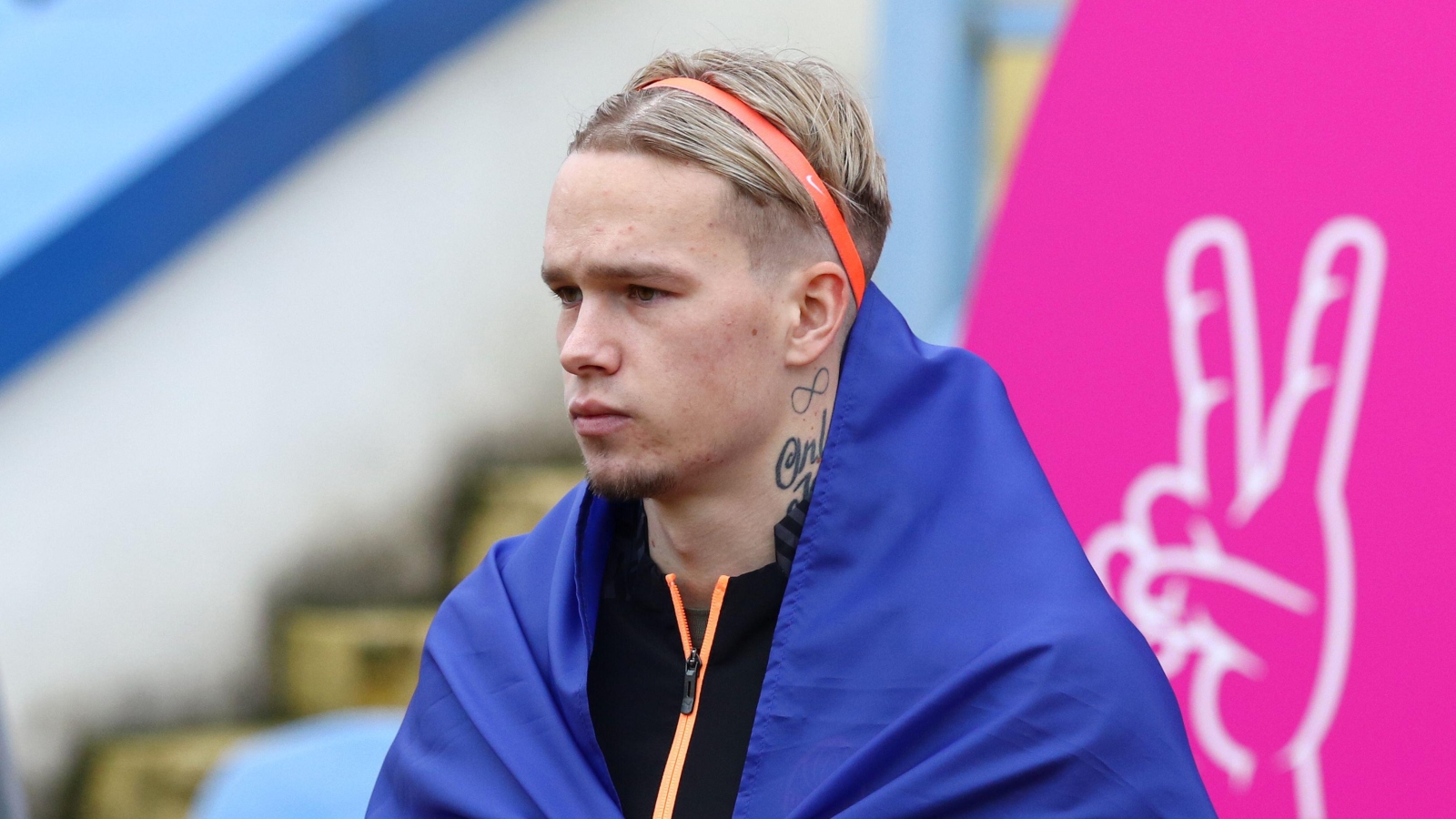 How much?
Mediawatch does have a sizeable bee in its bonnet about calling Mykhaylo Mudryk an £88m signing when he could cost no more than £62m but we can see the logic. And BIG NUMBERS are always better for headlines.

But this from The Sun website is beyond the pale:

Is ‘staggering’ a synonym for ‘bollocks’ now?

Something’s not adding up
Still, they are not alone in this curious maths. As Ben Husband writes on the Mirror website:

‘Arsenal had two substantial bids turned down by Shakhtar Donetsk, before their London rivals gazumped them with a whopping £87million offer.

‘It is understood Stamford Bridge bosses signed off on a deal which will see £62m go straight to the Ukrainian giants, with a further £35m to be paid in add-on fees.’

Transfer tactic talk
Even if we ignore the very dodgy maths, let’s take a minute to admire that Mirror headline:

And how did they replicate the ‘transfer tactic’ of a club that happens to have very high SEO value?

Simply by not spending a lot of money in January, apparently.

Let’s just not mention that they actually offered Shakhtar Donetsk £62m and another £27m in add-ons for Mudryk. Which sounds like they might have been really quite willing to spend a lot of money in January.

Is offering a f*** of a lot of money but then ultimately failing a ‘transfer tactic’ now? To be fair, that does sound like something Manchester United would do…

Stick in the Mudryk
We know that Arsenal actually offered the same money for Mykhaylo Mudryk as Chelsea as Shakhtar Donetsk chief executive Sergei Palkin has told all in an excellent scoop for The Athletic. All other football websites have pounced eagerly on this story, including us.

And here’s MailOnline with their chop and shop:

‘REVEALED: Arsenal MATCHED Chelsea’s bid for Mykhailo Mudryk but the Gunners had ‘no chance to close’ before Behdad Eghbali’s £88m private jet hijack, as Shakhtar’s CEO spills all on negotiations’

‘Had no chance to close’ is in quote marks but, surprise surprise, is not a direct quote from anybody. But it neatly does its job of suggesting that Arsenal had a deal arranged with Shakhtar but then were somehow ‘hijacked’ as a result of Chelsea taking a private jet and giving the Gunners no time to renegotiate. Which is bollocks.

What actually happened – as REVEALED by the Shakhtar CEO – is that Arsenal and Chelsea offered the same numbers but they were structured differently. That’s not a ‘hijack’ (‘unlawfully seize in transit and force it to go to a different destination or use it for one’s own purposes’), that’s just a better business proposal.

He does repeatedly refer to ‘an astonishing £88million transfer to Chelsea’ that makes us shift uncomfortably in our seat; never once does he mention that Chelsea are actually only paying £62m unless Mudryk is a significant success. But what do you expect from a West Ham fan writing about Chelsea? The man has other worries.

So the piece wisely never even mentions the fastest man in the world, Usain Bolt, so why is this the headline?

‘Chelsea’s Mykhailo Mudryk is covered in religious tattoos, almost as fast as Usain Bolt and never goes to nightclubs’

Because clicks of course.

Let’s investigate just how fast Mudryk can run in comparison with Bolt. According to Dillon’s piece:

Pretty fast. Though not as fast as a peak Kyle Walker, who was clocked at 37.8km/h. We don’t recall anybody ever saying that Walker is ‘almost as fast as Usain Bolt’.

So how fast is Usain Bolt? Let’s check out the official Olympics website:

‘Usain Bolt set the current 100m world record at the 2009 IAAF World Championships, clocking an astonishing 9.58 seconds for the feat.

‘At the record-winning event, Usain Bolt’s average ground speed was 37.58km/h, whilst reaching a top speed of 44.72km/h in the 60-80m stretch – numbers fitting for the world’s fastest man.’