Home Mediawatch Mediawatch: How Everton can become the new Tottenham 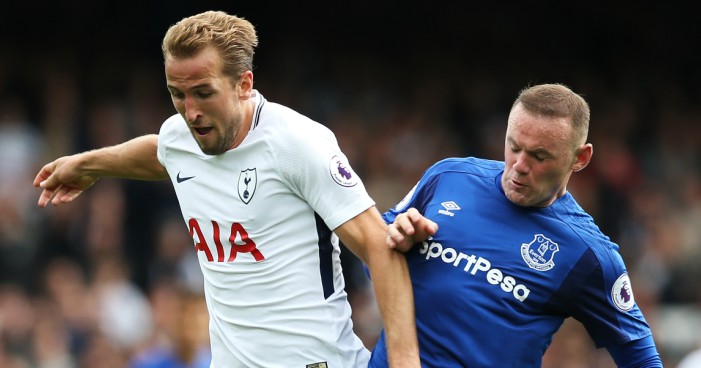 All Rise
If you’re an Everton fan despairing because your team is in 18th place in the Premier League table, having scored just five goals in nine games, having not won any of your first three Europa League games and having been dumped out of the League Cup, then you are a fool. The Daily Mirror’s Brian Reade (at the heart of football) is here to tell you that you can be the new Tottenham. Which we hope you agree would be absolutely wonderful.

Because in Reade’s head, Tottenham sacking Andre Villas-Boas ‘has many parallels with Koeman’.

Now you may be thinking that a manager with the best win percentage of any post-war Tottenham manager might have little in common with a Dutchman who had a worse win percentage than Roberto Martinez and David Moyes, but you are probably not at the heart of football.

‘Seventeen months in charge, took them into the Europa League, sold his star man (Gareth Bale), spent the proceeds signing seven players who couldn’t replace him, watched a confidence-crippled side spiral into despair, lost the fans and was sacked days after shipping five goals at home.’

Now Reade is pretty much spot on in terms of both being in charge for 17 months (give or take a few weeks) but let’s start with ‘took them into the Europa League’.

Pesky fact: Tottenham were already in the Europa League when AVB took over; in fact he took them to the quarter-finals in his only full season in charge.

Now we would not argue that they did not both sell their star men and ‘spent the proceeds signing seven players who couldn’t replace him’, but ‘watched a confidence-crippled side spiral into despair’?

Pesky fact: Tottenham were in seventh place, had won all their six Europa League games and were still in the League Cup when AVB was sacked. They had won four of their last six games.

Clearly things were not going swimmingly, but ‘spiralled into despair’? It’s a stretch. As is the claim that he had ‘lost the fans’.

Reade is not finished:

‘But chairman Daniel Levy kept his cool and his long-term vision, took his time finding the right replacement in Mauricio Pochettino and Spurs have more than come good again.’

He ‘kept his cool’ and gave an 18-month contract to Tim Sherwood. Odd how that little diversion does not merit a mention in Reade’s ‘everything’s going to be wonderful’ column.

But ignore our cynicism, Evertonians; you are exactly the same as Tottenham and you will be in the Champions League by 2020.

Hindsight is 20:20
Brian Reade, Daily Mirror, August 2016: ‘Ronald Koeman was the step-up in calibre Evertonians believed they deserved, and already he looks to be proving them right.’

Brian Reade, Daily Mirror, October 2017: ‘The truth is that Koeman never bought into the Everton ethos or potential.’

If proof were required…
The biggest story in football at 11.30am according to The Sun: ‘MELTDOWN Not even West Ham could believe they’d scored winner vs Spurs…and this proves it’

Oh, that proves it.

Thankfully the Mirror and the Mail have higher standards; they both lead on Barcelona having left some food in the Real Murcia changing-room.

Sub-standard
One of the perks of being the Football Editor of your newspaper is that even when you are made to look more than a little foolish for claiming that the Carabao Cup ‘descended into fresh farce’ under a headline that ominously warned that Arsenal and Manchester City could ‘face disqualification from Carabao Cup’, a little space can be found in the next day’s newspaper for your justification. Hell, you can even claim victory.

The headline on Charlie Wyett’s original piece online still reads ‘CARABAO KO? Arsenal and Man City could be forced to replay their Carabao Cup fourth-round ties after making too many substitutions in extra-time’. That has not been changed despite clarification from the Football League – and everybody else – that neither Arsenal nor Manchester City had broken a single rule. Indeed, the precedents were there in all the other clubs who had previously made more than one extra-time substitution.

But The Sun website is still claiming that the clubs are ‘waiting to discover if they broke rules over subs’. Because clicks.

Wyett – fresh from defending himself on Twitter – is back in Thursday’s Sun, writing: ‘EMBARRASSED Football League bosses are to rewrite the rulebook after SunSport revealed the confusion over the fourth sub in the Carabao Cup.’

He’s right, of course; somebody should be embarrassed.

Wyett Eurggh
The hardest-working man in football journalism was also at Chelsea on Wednesday night watching the Blues beat the Blues. Now it’s not unusual for a match report to be written before the end of an evening game, but it is unusual for said match report to remain unchanged even when it looks a tad nonsensical.

‘DAVID UNSWORTH is desperate to land the manager’s job at Goodison Park but his curriculum vitae remains blank.

‘Instead, life after Ronald Koeman at Everton is much the same as when he was in charge.

‘Despite a major second half improvement and having plenty of chances, Everton continue to lack a killer touch and there will not be many teams fearing them, regardless of who they put in charge.’

Well, they did ‘lack a killer touch’ until the minute they, you know, didn’t. Surely losing 2-1 at the home of the Premier League champions deserves some credit; it’s a tad harsh to say ‘there will not be many teams fearing them’ on the basis of that result and performance.

Let’s fast-forward to the end of the report:

‘The ball then fell for Dominic Calvert-Lewin who steered the ball past a wrong-footed Caballero.

‘Had that goal levelled the tie and sent it to extra-time, you would have fancied Everton.’

So nobody should fear them because they lack the killer touch…unless there is extra-time? Is that because they have an extra substitute to use? Does anybody know the rules on that?

Hoopla
QPR have been fined £40m after being found guilty of breaching Financial Fair Play rules during their most recent promotion-winning campaign. Some have pointed the finger at Harry Redknapp, but the man himself has been absolved of all blame. By Harry Redknapp.

“Why they would pick on QPR, of all the clubs, that have overstepped the rules, I just find that amazing.

“I didn’t sign [those] players. Julio Cesar and others were all there when I arrived at the club.

“The team I got promoted with, people like Bobby Zamora, Joey Barton, [Armand] Traore, Clint Hill, Rob Green in goal, Nedham Onuoha, they were there already.

“They weren’t players that I brought in. They got promoted with a team of players that were already there. It was only one or two signings [that I made]. When we got back to the Premier League, we took loans. We certainly didn’t overspend for a Premier League club. Definitely not.”

It was ‘only one or two signings, guv’.

Harry’s hands, as ever, are clean.

Recommended reading of the day
Archie Rhind-Tutt on the battle of best friends at Anfield on Saturday
Sean Cole on Ebbsfleet, where the fans decided everything
Simon Hughes on Bill Shankly at Huddersfield Town