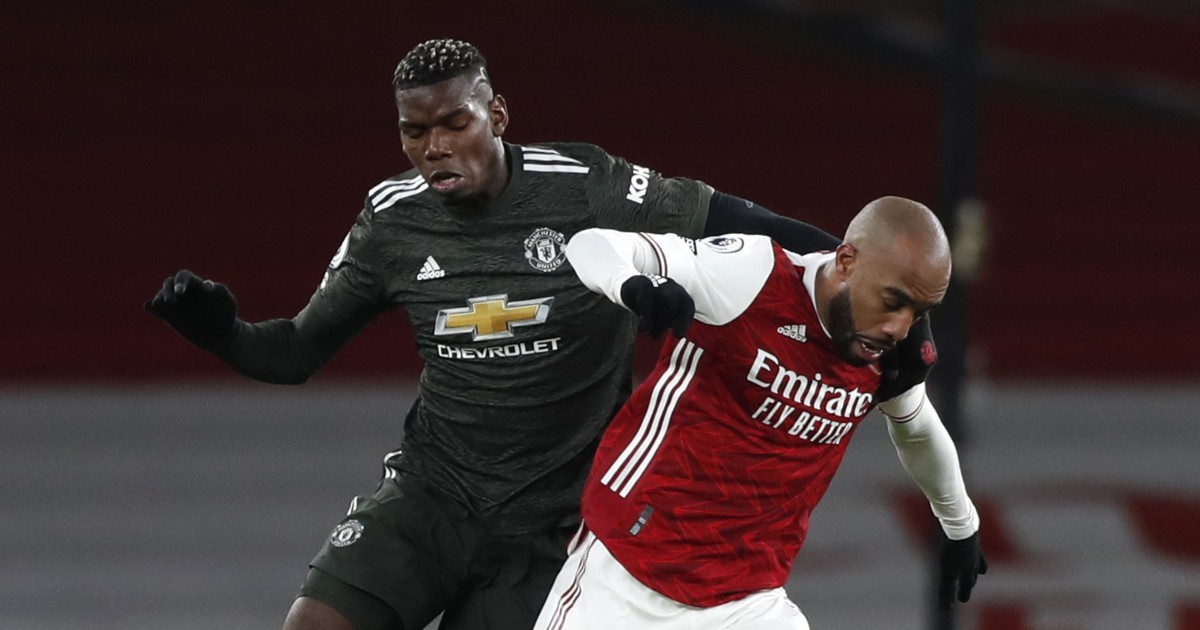 Paul Pogba is absolutely, definitely, undoubtedly, irrefutably staying at Man United. Arsenal are on the brink of never challenging again.

Load of kit
‘Paul Pogba has dropped the biggest hint he is staying at Manchester United by modelling their new home kit’ – David McDonnell, Daily Mirror.

‘Pogba, United’s record £89million signing, has one year left on his contract and has yet to agree to an extension, meaning he could leave as a free agent next summer.’

But he has decided to inform the club, the fans and his teammates of his intention to stay by taking part in a contractually obliged photo shoot weeks ago.

‘United want to tie him down to a new long-term deal and the midfielder’s willingness to be pictured in the new strip suggests he may be ready to do just that.’

Alexandre the great
The Daily Mirror website is also at it:

Yep, new kit guff. It seems particularly prevalent this summer. As does the continued pretence within stories that it bears any relevance to a player’s future, Pogba or otherwise:

‘Emirates chiefs are undoubtedly facing a crucial decision over Lacazette, but his appearance in the club’s shirt unveiling suggests they may have opted to keep hold of the Frenchman.’

A new contract would suggest they have opted to keep hold of the Frenchman. Having one of their contracted players model their new shirt does not.

Erling learner
Matthew Dunn and Paul Brown combine for another transfer line in the Daily Mirror: on Chelsea having a bid rejected for Erling Haaland.

‘Haaland returned to the first day of pre-season training at Dortmund on Tuesday, having recharged his batteries over the summer after Norway missed out on Euro 2020.

‘But the tournament was a huge success for several of Chelsea’s current players – convincing Abramovich he has given his manager Thomas Tuchel the resources to mount a sustained title challenge.’

No problems so far. Yet two short paragraphs later…

‘But after striker Timo Werner managed just two attempts – one on target – in three games for Germany, there is a strengthening feeling that a new striker is needed if Chelsea are to challenge Manchester City over an entire season.’

A ‘strengthening feeling’ from whom? Because the actual club owner apparently believes the manager has ‘the resources to mount a sustained title challenge’.

Timo’s up
That Werner paragraph is wonderful, by the way. He did indeed manage ‘just two attempts – one on target – in three games for Germany’ at the Euros. But the numbers obscure the context somewhat: he played 107 minutes in total, starting a single match. And that was against the beaten finalists who didn’t concede a goal in open play.

Werner had more shots per 90 minutes at the Euros than Kevin de Bruyne and Serge Gnabry. There are better ways to point out that Chelsea might want an upgrade. Even if the owner is ‘convinced’ that the manager has ‘the resources to mount a sustained title challenge’.

Taking the Mik
The same cannot be said for Arsenal, the subject of Mark Irwin’s latest column in The Sun. It includes this absolute doozy of a paragraph on Mikel Arteta:

‘And now he is running out of time to spark the kind of recovery Arsenal need if they are ever going to challenge for the title again.’

That seems dramatic. Arteta ‘is running out of time’ to ensure Arsenal ‘are ever going to challenge for the title again’? Even in the next century and beyond?

He might crack it and guide them towards the top of the table. If not, one managerial appointment and some decent recruitment and voila, a title challenge. It is a little drastic to rule Arsenal out of ever challenging for the title again because they are a bit rubbish right now.

‘And that would give Etihad boss Pep Guardiola another forward-line headache with the new season just over four weeks away.’

If only Pep Guardiola could choose whether or not he has to sanction the sales of any of his players. That really is a ‘headache’.

Good knight
On July 13, The Sun suggested that Gareth Southgate ‘looks set to become a ‘Sir’ in the New Year Honours list’. They even quoted a source as saying, “the PM would certainly be supportive of a knighthood,” which does not actually sound quite so conclusive.

Three days later, Martin Samuel has his say for the Daily Mail.

Props to him for answering the question in his third paragraph – ‘It’s the populist call. Boris Johnson was denied his photo-op with the team following the final defeat, so this would be the next best thing’ – before asking it in his ninth:

‘Why is there such clamour for instant gratification?’

Because it is the populist call and Boris Johnson was denied his photo-op with the team following the final defeat, so this would be the next best thing. No-one else seems really all that bothered whether he is knighted or not.

When in Roma
‘Jose Mourinho leads Roma to 10-0 win in first game – even without Euro 2020 stars’ – Daily Mirror website.

Joke’s on everyone who thought he was past it. The bloke didn’t even need Bryan Cristante or Rui Patricio to put ten unanswered goals past Serie D giants Montecatini. Football heritage, that.