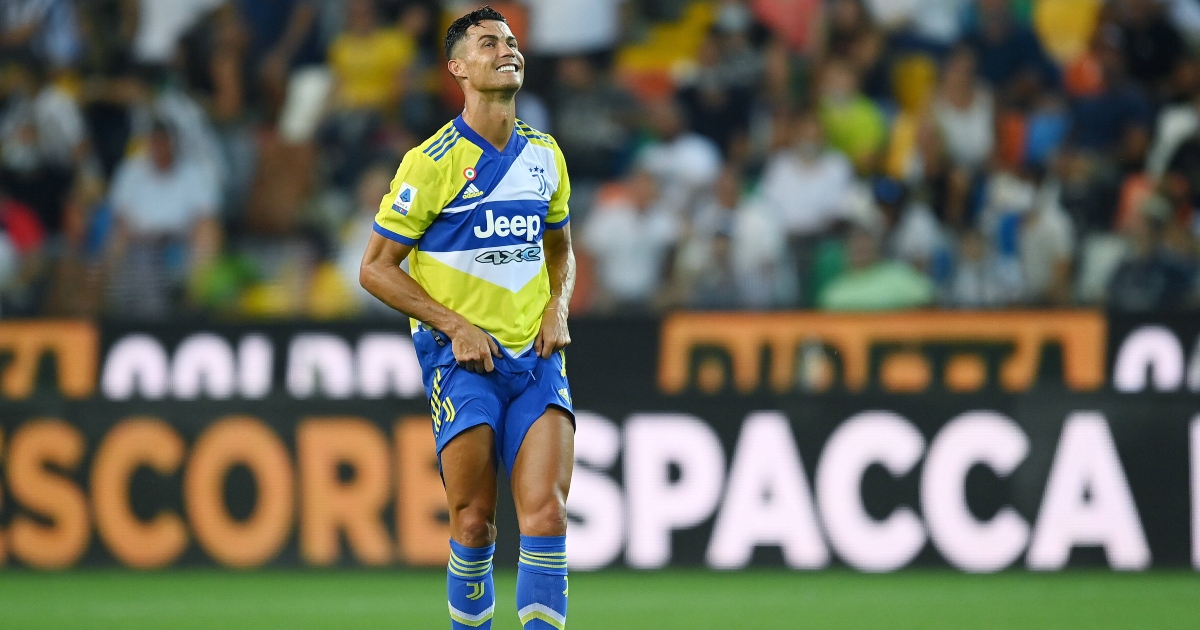 Cockneys vs Zombies, having your Arsenal cake and eating it, and Ronaldo revisionism. It’s just another regular day of Mediawatching…

Ryan mighty
The Sun’s arch moaner Andrew Dillon is back this week to moan about Arsenal fans moaning. It’s the classic trope that fans of historically large and successful clubs shouldn’t be getting the hump with their team being dreadful because others have it worse.

“An entire modern stadium full of the entitled,” harrumphs Dillon. Arsenal fans are apparently “angry at themselves for failing to accept that Arsenal have slipped away into mediocrity and, worst of all, that nobody really cares any more,” writes the man devoting the bulk of his page in the country’s biggest-selling newspaper to Arsenal.

It’s familiar enough reductive drivel, of course, deliberately pretending any club’s fanbase is a homogenous entity with one single viewpoint and that fans of different clubs with different resources and different goals shouldn’t have differing expectations and definitions of success.

Arsenal’s absence from Europe and presence in therefore unfamiliar presence in the Carabao Cup second-round draw is worth noting, but describing “the ignominy of a trip to West Brom’s Hawthorns” seems a bit much for a ground that Arsenal have visited 13 times in the Premier League. We thought it was the Arsenal fans who are entitled snobs?

Pretending that Arsenal are irrelevant even as you devote your column to their struggles rather than how good Chelsea looked is a neat cake-and-eat-it twist, but we’re mainly vexed by what else was on Dillon’s mind as he wrote this.

Because his segue into the Arsenal fans arrives via a tortured introduction involving a film called Cockneys vs Zombies (the Arsenal fans are like Zombies, you see) which he insists is a film “that arrives, leaves your consciousness overnight, leaving no great lasting impression” which, like his central Arsenal conceit, appears a bit of a stretch given he’s just used it as the intro for his weekly column.

But why did it linger in the memory? “…it stars former EastEnders star Michelle Ryan in a skintight vest.” Mucky pup.

That, perhaps, at least explains why the rest of the column is a bit confused and and distracted and unsure of its point until the pay-off.

“There are supporters everywhere who have been where Arsenal are now and worse. They have seen it, done that, and worn the T-shirt. Although admittedly, not in quite the way as (sic) Michelle Ryan does.”

A shame that the punchline doesn’t quite make sense, but typing one-handed can be a challenge.

The Sun always shines
It’s a cake-and-eat-it special for Dillon this week, who notes elsewhere that “Who needs Harry Kane?” was the headline reaction from wins for both Manchester City and Tottenham this weekend so he must be rubbish; Dillon sadly fails to specify which newspaper had such reactions, or indeed note that The Sun (for it was they) also managed to make Kane a key plank of their report on Aston Villa’s win over Newcastle.

“Who needs Harry Kane?” The Sun do, evidently, although Dillon does at least deserve some credit for sticking to the £160m fee trumpeted so proudly from the front page a month ago when the whole transfer was apparently agreed and ready to go.

Teenage dreams
Tuesday means Stan Collymore speaking his mind in the Mirror. It’s disappointingly reasonable stuff for the most part. Mason Greenwood should be in the England squad. Spurs should try and sign Adama Traore. Arsenal aren’t very good. Fair enough shouts all.

Even the premise of his main article is perfectly sound: that Harvey Elliott is a hugely exciting talent but Liverpool should be patient with him.

We do have to take exception to one part of it, though. In contrasting the teens who are ready for the first team and those who need a little longer, it’s hard to really accept Cristiano Ronaldo’s place alongside Harry Kane in the list of those who needed time to crack elite football.

Ronaldo got even better in his 20s, but let’s not pretend teenage Ronaldo wasn’t already a hugely successful footballer or a Kane-style late bloomer. He was a first-team regular for Sporting at 17 and became English football’s most expensive teenager when signing for Manchester United at 18.

He made his 50th Premier League appearance on his 20th birthday, by which point he already had 10 top-flight goals in England. He wasn’t the world beater he would go on to be (obviously) but he wasn’t Harry Kane – not a regular Premier League starter until after his 21st birthday and zero top-flight goals as a teenager – either.

Glaze over
And talking of Ronaldo, some Jake Polden Mirror work so shameless that we have to draw attention to it even though it’s actually from yesterday.

“Joel Glazer’s Man Utd transfer promise as Cristiano Ronaldo made available for £25m” shouts the headline. The key word to note there is that seemingly small and insignificant ‘as’, a conjunction defined in the dictionary thus: used to indicate that something happens during the time when something else is taking place.

So what has Joel Glazer said, then?

And when did he say it? June.

Oh. And did he mention Cristiano Ronaldo or indeed any other player? Take a wild guess.