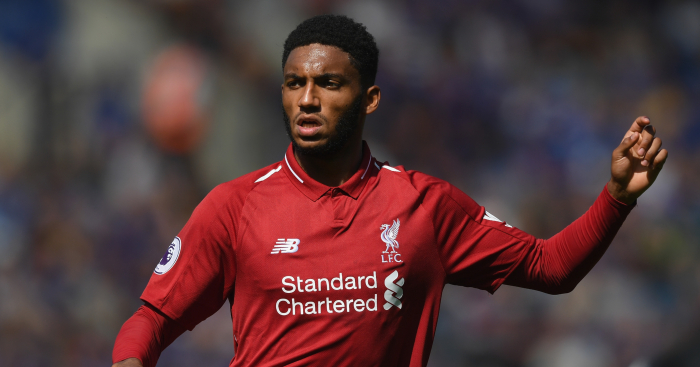 Rash of blood to the head
The best thing about Marcus Rashford’s red card for violent conduct against Phil Bardsley of Burnley on Sunday is that it cannot be filed in any of football’s typical vernacular categories. It was not quite a headbutt, so how do you describe it?

The Sun go all out, with their back page saying Rashford ‘was dismissed for HEADBUTTING‘ Bardsley, capitals and bold font included. Later, Neil Custis downgrades it somewhat to the United striker ‘pushing his forehead against’ the Burnley defender.

The Times go down a similar route, reporting that Rashford ‘pushed his head towards’ Bardsley.

The Daily Mirror play it safe, saying Rashford was sent off for ‘an attempted head-butt’. Chief Sports Writer Andy Dunn – ‘Britain’s Best’ – refers to it as ‘a spot of rutting’.

Over at the Daily Mail, Rashford was caught ‘thrusting his forehead into the defender’s face’. Mark Clattenburg accuses the England international of ‘throwing his head’ into his opponent, which evokes quite the image.

So he was sent off for ‘pushing/thrusting/throwing/rutting/attempting a HEADBUTT. Glad we’ve cleared that up.

Walker’s crisp
Rather surprisingly, Garth Crooks does not use his Team of the Week feature on BBC Sport to discuss the Rashford situation. His usual trick would be to select Romelu Lukaku just so he can discuss his England international teammate, but no. Lukaku is in for his ‘complete and utter professionalism’.

Which leaves Garth to follow slightly different routes to get every single thought he has ever had off his chest. Such as the holes in Kyle Walker’s socks.

‘Wow – what a strike from Manchester City’s England international against Newcastle,’ he begins, giving the reader a false perception that the actual game will be discussed. ‘It flew past Martin Dubravka. This was the first goal Walker has scored for City, and what a sensational way to start your campaign.’

And then Garth gets going…

‘Now, about the self-inflicted holes in his socks. They look as if the moths have been at them but serve a useful psychological and very practical purpose. It’s not unusual for some players to have issues with their calves in games, which can result in cramping. Players cutting holes in their socks is not new in football, although I was never fully convinced. If Walker thinks it works then that is all that matters. I just hope thousands of kids around the country don’t start destroying perfectly good pairs of football socks.’

Average Joe
But that is not even close to Crook’s pièce de résistance on Monday. Not when he is placing every single ounce of pressure on the shoulders of Joe Gomez by the next paragraph.

Shortly after describing Liverpool defender Gomez – who was and has been excellent, by the way – as ‘adorable’, the pay-off line is delivered.

‘This player is a must for England, and I am really sorry to have to say this and put so much pressure on the lad, but he is the nearest thing I have seen to Bobby Moore for years.’

That will be Joe Gomez, he of three England caps and 30 Premier League starts, as ‘the nearest thing’ to England World Cup-winning captain Bobby Moore in the last 50 years.

Rio Ferdinand is at the front of a very, very, very long queue of centre-halves who really want a word.

Silva lining
Of course, Crooks is the master of teams of the week, and all others are simply pretenders to his crown. Even Stan Collymore is at it for the Daily Mirror.

The pundit rightly acknowledges that Eden Hazard is ‘answering critics like me’ with his performance against Bournemouth, Collymore having criticised the Belgian for not pushing himself more at Chelsea.

But he notes that David Silva was ‘magical as always’ for Manchester City against Newcastle, adding: ‘What can you really say about the little Spaniard?’

You could maybe finally accept that he is one of the best players the Premier League has seen? Or are you still ‘struggling to buy into this notion‘?

Follow the leader
Mediawatch will give you three guesses as to what Graeme Souness thought Tottenham’s problem was in their defeat to Watford. Considering your must be ‘Paul Pogba’, you got it right the second time around: a lack of leaders.

“If you have one leader in your team you have a chance, if you have two you might be winning things, if you have three you are near enough guaranteed to win things,” he told Sky Sports.

“They are so hard to find and are the difference between very good players and the ones who can drag the lesser lights through difficult times. That’s what Tottenham need right now, they need some men who can shrug this off and make the difference when they play Liverpool.”

Wat’s the matter?
‘Vicarage Road was raucous, with those yellow-shirted fans in the Rookery celebrating this blood-curdling win over Spurs like an FA Cup giant-killing’ – Neil Ashton, The Sun.

Alisson in love
With the international break now upon us, the clamour to fill the void left by a lack of Premier League football has already begun. Over at the MailOnline, they have five new players who have impressed, and five more waiting to make an impact.

The first selection in the latter category certainly raises an eyebrow. He was undeniably at fault for conceding in victory over Leicester, but need there really be a reminder that Alisson has kept more clean sheets (3) than any other keeper so far?

And another thing…
When Felipe Anderson ‘offered West Ham hope‘ in a promising performance in their third game, how can the same outlet suggest he is ‘waiting to make an impact’ by the fourth? West Ham signed about 427 players this summer; there were plenty more suitable options to choose from.