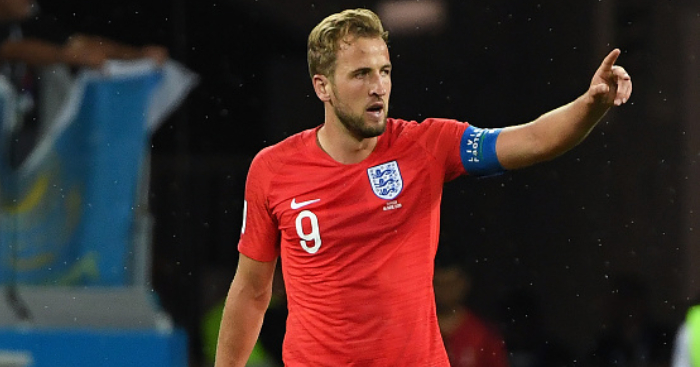 We cannot stress this enough: Correlation does not imply causation.

‘England fans had earlier queued up to kiss our front page yesterday – after we urged them to plant a smacker on Kane’s boot for good luck.’

The image of people queuing up to kiss one newspaper, rather than just buying their own, really is majestic. Utter fantasy, of course.

C-c-called a U-turn
You may remember the Daily Mirror’s Andy Dunn – ‘Britain’s best sports writer’ – penning a woefully negative assessment of England’s squad last Friday, but if not then let us remind you:

‘That’s a goalkeeper, with a relatively ­recent relegation to his name, who has done little but fish the ball out of his net in the last two seasons.

‘A back three that has one player out of position , another who is fourth in a pecking order of four for his day job, and a third who was at the last major tournament two years ago as a pint-loving punter.

‘A midfield that has as its linchpin a player who Sir Alex Ferguson says cannot run properly, and a strike-force spearheaded by a captain with a poor, if brief, record in tournament football. Apart from that, you really have to fancy us.’

Fair enough, if that’s how Dunn sees it then that’s entirely his opinion. But surely beating Tunisia 2-1, a team that England were expected to beat, hasn’t changed Dunn’s opinion significantly?

‘This is a confident, high-fiving, low-fiving, funny-handshaking bunch, with a patter that anyone who was around to see David Beckham kicking Diego Simeone would find as unfathomable as a Volgograd specials board.’

‘These young men are not cocky, certainly not arrogant, but they have a self-assured stride that England’s modern-day tournament record should not necessarily afford them.’

‘But look at the broader picture and what it is certain is that, in this England squad, Southgate has fostered a character, a spirit and a brave way of playing that should give the nation hope.

‘And not just for the future… for the here and now.

‘So scrub that. If you want to get carried away, even for a little while, that’s fine.’

Apart from that, you have to not fancy us.

Changed your tune
‘HARRY KANE is turning into a sensitive soul. Getting precious about a few little digs here and there is not becoming of England’s first-choice centre-forward’ – Neil Ashton, The Sun, April 29.

‘This, unquestionably, was a captain’s performance. It brought back memories of Captain Marvel, the sort of match-winning qualities England relied on when Bryan Robson wore that armband. Different positions on the pitch, but inspirational figures all the same’ – Neil Ashton, The Sun, June 19.

From ‘sensitive soul’ to ‘match-winning qualities’ from an ’inspirational figure’.

All’s well that ends well
Mediawatch winced when we saw the tweet below from the Daily Telegraph’s football news correspondent Matt Law on Sunday. The implication, deliberate or otherwise, is that Kane was guilty of inviting pressure upon himself and selfishly considering individual awards over team success.

It really hasn’t – he didn’t need to say this https://t.co/PMbum3nJlh

Even if you ignore the slight nonsense in finding fault in fairly vanilla quotes, why on earth would a desire to win the World Cup Golden Boot ever be spun with negative connotation? Kane’s desire to complete with the very best in the game is precisely what drives him on to success.

And so to Monday:

First tournament goal for Kane – that's just what he wanted and needed. 1-0 England. Great header by Stones that was saved.

KANE – England 2-1 in stoppage time. Surely now going to win the first match of a World Cup since 2006

‘He really didn’t need to say this’, but Kane did say it. And he means it. And that’s a bloody good thing.

Don’t know much about history
Still, if you thought it was all good news for Kane after he scored twice at the World Cup, Charlie Sale is here to drag him down. Because he’s Charlie bloody Sale:

‘The FA did everything right in terms of protocol in Volgograd, with chairman Greg Clarke and his lieutenants laying a wreath in the Hall of Military Glory in memory of the two million who lost their lives in the Battle of Stalingrad.

‘So it was a pity no one in the FA party saw the need to brief captain Harry Kane about the heroic Russian resistance that was the turning point of the Second World War when the inevitable question arrived in the pre-match press conference.

‘History is what history is,’ wasn’t the best of answers from Kane.’

Well then it’s a good job that this is the football World Cup and not an episode of sodding Mastermind then, isn’t it?

Of all the poxy criticisms of England players, this ranks amongst the worst. Newsflash: Simon Schama is probably a bit sh*t at football.

‘While Harry Kane rescued England from a night of intense irritability with an injury-time winner, there was precious little of the brave new world stuff we were hoping for.’

‘There were too many holes in this performance for anyone to expect boss Gareth Southgate and his men to go much further than the last-16.’

‘A glaring problem is England’s back three – two of whom will struggle against quality opposition.’

‘Southgate was overly conservative with his substitutions…’

‘Even against a Tunisia side so sorely lacking in ambition, there was enough to suggest that the defence needs a re-think.’

Reminder: England did win their first game and Tunisia had one shot on target.

Hot take: Celebrating goals at the World Cup is bad.

Oh and that first picture is the 1966 team appealing for a decision.

It’s too late baby, now it’s too late
Of all Dave Kidd’s pessimistic digs at England’s performance against Tunisia, one in particular stuck in Mediawatch’s throat:

‘Southgate was overly conservative with his substitutions, too late in introducing his potential game-changers Rashford and Ruben Loftus-Cheek.’

Too late? We won!

Do as I say, not as I…said
As part of his Daily Mirror column on why Germany will still win the World Cup, Stan Collymore has some sage words of advice to those who think Joachim Loew’s side might be in trouble:

‘That people make such sweeping statements so quickly is a reminder of how little some of them watch football and really understand it these days.’

Spot on, Stan. Not like you to make sweeping statements so quic…

‘If Guardiola thinks he’s going to turn up and outplay everybody in the Premier League, and that teams like Watford, Leicester, Bournemouth, Southampton and Crystal Palace are going to let his Manchester City side have the ball for 90 per cent of the time and pass pretty patterns around them so they can get a result, then he is absolutely deluded.

‘In fact, he is beyond deluded. And if he thinks he doesn’t need to teach tackling or one-on-one combat in training then he’ll be going back to Spain with his tail between his legs.’

Keeping your options open
‘Win World Cup 2018 and the arguments can end — Lionel Messi HAS to be football’s greatest ever’ – Stan Collymore, Daily Mirror, June 11.

‘After watching him [Cristiano Ronaldo] score a hat-trick against Spain, the country he works in for goodness sake, I now think that if he were to get Portugal to the final, whether they win it or not, the same [he would be the best player ever] would have to be said of him’ – Stan Collymore, Daily Mirror, June 19.

What happens if Argentina beat Portugal in the final?

‘As’ of the day
‘Zidane helps wife with sun cream on yacht as France begin World Cup bid’ – Sun Football.

Non-sequitur of the day
‘Good teams score late on…and every one of them sang the anthem’ – Daily Mail.

Brings a tear to the (unnecessarily patriotic) eye.

And finally…
’10 of England’s World Cup players have been transformed into women – can you identify them all?’ – Daily Mirror.

What the shuddering f*ck?

Recommended reading of the day
Jonathan Liew on England and Harry Kane.