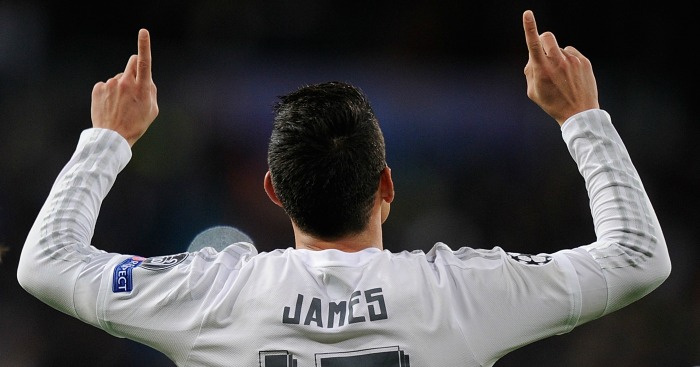 Pogba: It’s done (again)
The Daily Express brings us a rather muddled story on Friday:

Club completes world-record transfer and player takes picture with fan? That sounds like two separate updates rolled into one to us.

James Dickenson tells us that ‘Paul Pogba is essentially a Manchester United player again four years after he left the club in acrimonious circumstances to join Juventus’. That really is not news, James. We’ve been told the same over and over again.

But what of the ‘new snap with fan’? Well, that’s literally it. It’s just Pogba posing for a picture with a bar manager at the place he was enjoying his Thursday evening.

Read all about it
In a competitive field, Mediawatch thinks that the Daily Express wins the award for the most spurious Paul Pogba updates. Honestly, it’s an addiction.

A reminder that the following are all separate stories over the last 36 HOURS, and forgive us for the long list. It’s not our f**king fault:

‘Manchester United-bound Paul Pogba gives thumbs up in latest photo with fan on his holiday’ – August 5.

‘Man Utd legend: Why Paul Pogba used to look up to this player’ – August 4.

‘Paul Pogba’s story: How he went from Manchester United to Juventus and became a £100m man’ – August 4.

‘This is what Paul Pogba has been doing every day as Man United finalised world-record move’ – August 4.

‘Fantasy football: How much could Paul Pogba and other potential summer signings cost?’ – August 4.

I mentioned it once, but I think I got away with it.

The big reveal
‘Rio Ferdinand reveals the Manchester United youth player who was better than Paul Pogba,’ reads the headline on the Mirror Football website. The answer is Ravel Morrison, for those who care.

However, you’d know that already if you’d watched Ferdinand’s video interview with Copa90 when it was released on May 27.

The Mirror themselves certainly did, because here is their headline from May 28:

‘Rio Ferdinand hails Ravel Morrison as the best young player he’s ever seen: “Pogba used to look up to him”.’

And you had the temerity to call that a ‘reveal’?

Dinner is served
You know it’s a slow news day when the top story on the MailOnline football homepage is that Jose Mourinho went out for dinner with his coaching staff.

Still, it has also lead to Mediawatch enjoying a new jam: MailOnline captions. They get more and more weird.

Okay, fair enough. I mean we don’t care, but it is some information.

Back in July; how time flies. We remember it like it was last week.

Erm…yeah? He lives there now.

Man has hand raised above his waist.

You’ve run out of things to say now, haven’t you?

James and the giant leap
‘Manchester United transfer news and rumours: Paul Pogba ‘to sign in the next 48 hours’, while James Rodriguez could be lined up in £70m deal’ reads the snappy headline on the Daily Telegraph website.

Mediawatch is mercifully ignoring the Pogba guff and moving straight to the James Rodriguez news. It’s interesting, because we had not heard anything about Rodriguez coming to Old Trafford since the Henrikh Mkhitaryan deal was completed.

‘According to Marca, Manchester United are tracking James Rodriguez situation at Real Madrid after the Spanish outlet claimed that he will lose his place in the side this season,’ the Telegraph say.

‘Marco Asensio is the man poised to deputise for Real in the attacking midfield position after impressing during pre-season, pushing Rodriguez further down the pecking order at the Bernebeu.’

So to Marca, and their report. Handily, we have the exact page in Marca to hand. Which isn’t great news for the Telegraph.

Marca’s story does indeed mention that Rodriguez’s place could be at risk from Marco Asensio. What it doesn’t do is mention Manchester United at any point.

In fact, the only mention of Manchester in the article is when discussing Leroy Sane’s move to Manchester City.

‘Cristiano Ronaldo spotted getting close with another mystery woman in nightclub in Miami’ – The Sun, August 1.

‘Cristiano Ronaldo’s ice-pack brace is back on as he relaxes with stunning Cassandre Davi in Miami’ – The Sun, August 4.

The biggest development seems to be Davis losing an ‘s’ from her surname.

“No,” is the answer to that first question. Happy to help.

Recommended reading of the day
Adam Hurrey on the Premier League soap opera.

Nick Miller on the 1971 Charity Shield.