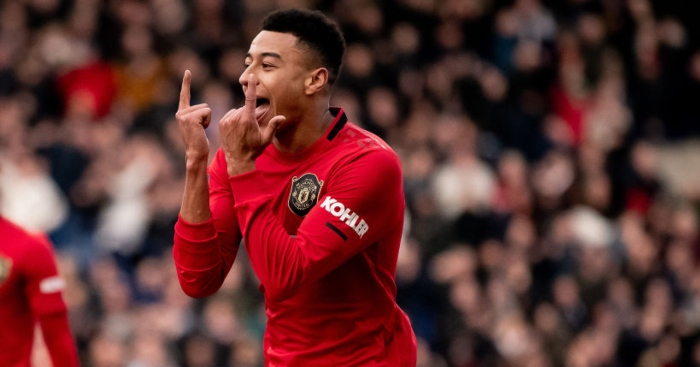 The Sun always shines on MUTV

‘IT has taken until the middle of January, but in Harry Maguire and Nemanja Matic Manchester United have finally found the leaders they so desperately need.’

Sorry, what? Mediawatch is already thrown by the description of January 26 as ‘the middle of January’ even before we count and re-count to confirm that yes, this new rudder-blessed version of Manchester United has only won three of their last eight games. And the game in which United ‘have finally found the leaders they so desperately need’ was a 6-0 win over a Tranmere side that a) is 21st in League One and b) was unchanged from their 120-minute clash with Watford just three days before.

So back to Maguire and Matic, both of whom also played in the midweek loss to Burnley in which their leadership skills were somehow sadly lacking. Oddly, this is not mentioned by The Sun‘s Duncan Wright.

‘Both were instrumental in driving United on to the kind of emphatic win which will do wonders for the spirit of their manager and for the side regaining to connection with their supporters.’

Note: It was against Tranmere.

‘It was Maguire and Matic who kept their cool, wrestled control of the game and ultimately drove their side onto a comprehensive win.’

Note: It was against Tranmere.

‘In Mason Greenwood, Brandon Williams and Marcus Rashford and Co, there is plenty of young hope at Old Trafford – but now they have leaders when it matters most. Matic and Maguire.’

Now? Where the f*** were they on Wednesday?

‘Man Utd ratings: Maguire and Lingard shut up doubters in record-breaking afternoon for Solskjaer’s side’

Consider us silenced after a 6-0 win over sodding Tranmere. How could we now suggest that Lingard – no goals in the Premier League since 2018 – is anything but a ruddy marvellous footballer?

‘You do wonder where this man has been for the last few months, but if he can start putting in performances like this on a regular basis then he could well find himself back in the picture for the Euro 2020 squad.’

Excuse me but did we miss the qualification of Tranmere for Euro 2020?

The best/worst league in the world
Little more than two months ago – in early November – the Daily Mail‘s Ian Ladyman was giddy because Leicester City and Chelsea were keeping pace with Manchester City and all was good with the world. This was a sign of an excellent Premier League.

‘Last year’s evidence was worrying. We marvelled at the sprint to the line of the two thoroughbreds from City and Liverpool. Some race, that. But the rest? Not so good.

‘Chelsea, in third last time, were 26 points behind champions City. If UEFA had decided to take two Champions League places off the Premier League in the wake of that, nobody could have complained.

‘But this time it’s different and our League is better for it.’

But now it’s the middle of late January – traditionally a miserable time of the year – and Ladyman is back with the news that actually, the Premier League is sh*t after all. And nobody but Liverpool and City are really any good. In a shock development, it turns out that Frank Lampard’s Chelsea aren’t even as good as Maurizio Sarri’s Chelsea.

‘It would be nice to suggest this strange bunching of the Premier League also-rans is indicative of fierce competition and a refusal of the lesser clubs to bow to the muscle of those with all the money. But I think we all know it is not that at all. It is a sign that — outside of a very small number of teams — nobody is really very good. Statistics can lie but these ones don’t. They are backed up by what we see on the field.

‘Apart from Liverpool and City, who are the progressive teams in the Premier League?’

Oh. Now that’s a downer. Ladyman does acknowledge that Leicester, Wolves and Southampton fit that description, but saves his real ire for the fact that United are fifth with 34 points.

‘This time last year Chelsea were fifth with 47 points and 14 wins. The year before, it was Tottenham with 13 wins and 45 points. So the drop off, at that level at least, is very clear.’

But weren’t that iteration of Chelsea so poor that UEFA should probably have taken their Champions League place away? Mediawatch is confused. But not half as confused as the Mail’s Ian Ladyman.

‘There are many questions to be asked and answered about this decision, but the initial reaction was mixed: some supporters agreed, some were disappointed and angry at the stance taken. In WhatsApp and Facebook groups, on Twitter and Reddit, fans debated the stance.

‘Liverpool.com has obtained a genuine transcript of one such group between eight friends, whose names have been changed.’

Treble vision
From the same site on Sunday morning as they discussed a possible Liverpool treble:

‘The worst thing that could possibly happen to United will continue to offer sleepless nights. Yet to let go of such a fear might just also open their eyes to the damaging nostalgia which is currently holding them back in the form of their hapless manager.’

Such a shame then that Jurgen Klopp has taken his ball home like a rather large, sulking child.

Emre Can? Return? Woah there.

‘Emre Can could be set for a return to the Premier League after Tottenham Hotspur reportedly joined the race to sign the former Liverpool midfielder.’

Jonathan Wilson on the global elite’s quest for more money