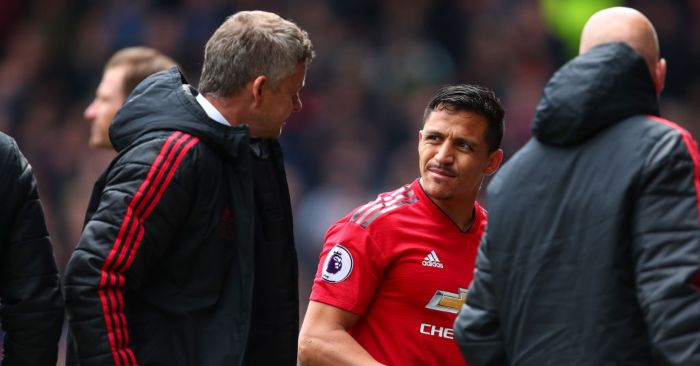 Daily Mail back-page exclusive: ‘Leeds United have agreed to pay their players a bonus of around two per cent of the wages they are deferring during the shutdown – so they will end up being better off when the season resumes.’

Mediawatch wouldn’t know from personal experience, but can a one-off ‘bonus’ ever really be referred to as a ‘PAY RISE!’? Perhaps only if you need a shouty back-page headline about footballers earning even more money (from a club that stands to receive close to £200m if they are ever promoted and thus would have given them bonuses anyway).

Star-gazing
Mediawatch ‘has long been fascinated with the modern journalistic practice of putting almost an entire headline in quote marks, save for the name of a club, player or manager, for a story that has been taken from a different source’.

The Daily Mirror are experts at it. They offer a classic of the genre on Wednesday morning:

Textbook. They are referencing an article in The Athletic and following protocol wonderfully.

And most importantly, they have grasped a key point: that inverted commas should denote an actual quote.

The Daily Star did not receive that particular memo. And the result is genuinely breathtaking.

Now that, at a time when footballers’ wages are being scrutinised perhaps more than ever before, is a potential click goldmine. The greedy b*stard.

There is but one problem. Feel free to read the entirety of the ESPN story to which they link and are thus presumably quoting. They say Sanchez ‘is reluctant to accept reduced terms’ to leave Manchester United, which is his prerogative and entirely fair. He was offered that contract and is entitled to see it out.

But if you can find a single mention of Sanchez being ‘ready to stay and rinse £400k-a-week Man Utd contract until it’s dry’ – which is completely different and deliberately inflammatory – then we will donate 30 per cent of our wages to whatever cause you deem fit. Except the Star’s defamation case if Sanchez ever bothers to spend his free time reading their website to find such a strange character assassination.

‘SON HEUNG-MIN will have to go in tear gas chambers and do live-fire drills during his mandatory military training in South Korea.’

‘The 27-year-old will be exposed to tear gas, learn how to rifle and be put through combat drills to ensure he is fighing [sic] fit.

‘Son will also will also do chemical, biological, radiological and nuclear exercises as well as undergoing discipline education.’

‘While it is not clear if Son, 27, will go on all the exercises, a Marine Corps spokesman confirmed he would wrap up his service with a “loaded” group march – which means carrying a full pack – of up to 18 miles.’

So either Son ‘will’ do all of these gruelling things or ‘it is not clear’ whatsoever what the military service entails. It really is (not) difficult who to believe.

Echo chamber
John Arne Riise and his daughter were hospitalised after a car crash in the late hours of Tuesday evening, with both released on Wednesday morning after routine check-ups.

Take it from the man himself: they’re fine. And our thoughts go out to them.

.@JARiiseOfficial on Instagram. Both are fine and out of hospital. 🙏🏻 pic.twitter.com/QHGgqWoI5D

The story was obviously handled with respect throughout the entire football media. Except…

‘Ex-Liverpool star John Arne Riise and daughter hospitalised after car crash’ – Daily Mirror, who slap ‘breaking’ in the URL to not at all engineer some sort of panic.

Only by the last of 11 paragraphs do they deem it necessary to clarify that ‘both Riise and his daughter were released from hospital on Wednesday morning’. Couldn’t tell us that sooner?

Then there’s the Metro, who erroneously claim in their opening paragraph that the pair ‘are recovering in hospital’, despite every other report – and Riise himself – literally stating otherwise.

But at least the Liverpool Echo will handle the story carefully and ensure not to potentially mislead anyone.

Ah. The first of six retweets or tweets of the story from the website’s official account between 9.34 and 11.09, none of which make it clear that Riise and his daughter are actually OK.

Of course it is also the lead story on their ‘news and transfers LIVE’ blog. And it is a big story. It would just be nice if it was treated appropriately and the actual news wasn’t buried.

‘Alan Pardew retains a special place in his heart for the FA Cup when he has more reason than most to hate it.

‘As player and manager he has lost three finals of the oldest and most prestigious domestic cup competition in the world.

‘Yet all of his losers’ medals are tucked away safely and highly cherished.

‘That is the true magic of the Cup.’

Or the understandable actions of a man whose only honours of an entire football career are the 1991 Full Members’ Cup and the 2010 Football League Trophy. Forgive us if ‘magic of the cup’ invokes memories of Ronnie Radford before thoughts of Alan Pardew’s runners-up medals.

Why is Jake Polden of the Daily Mirror obsessed with using the word ‘conduct’ to imply negative behaviour patterns of Liverpool players?