Home Mediawatch Mediawatch: Just look what you did, Eden 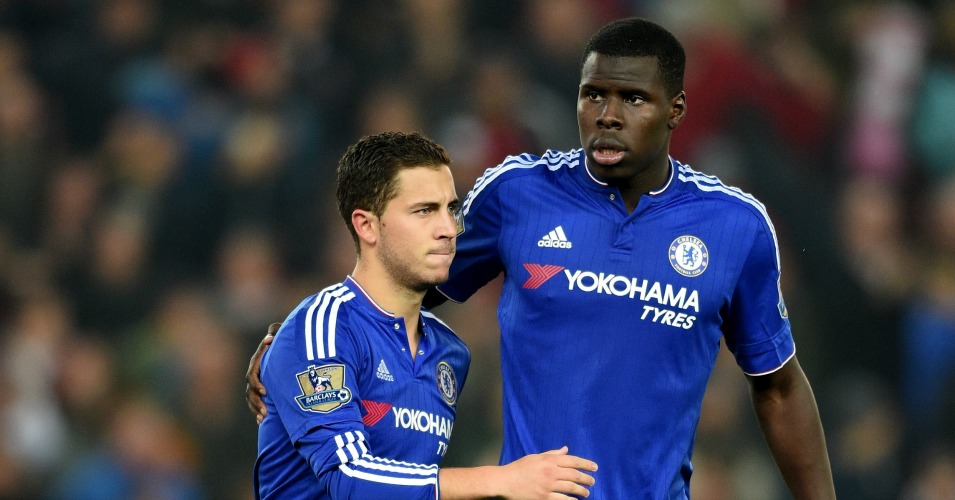 Lickspittle update
‘Not many people are listening any more. Mourinho, who was never as interesting as some lickspittles imagined, has become a bore,’ wrote Michael Henderson in Tuesday’s Daily Mail.

Just the three-and-a-half pages dedicated to Jose Mourinho and Chelsea (with five pictures of the man himself) in Wednesday’s Daily Mail, then. Oh and just the 69 mentions of ‘Mourinho’ on the MailOnline football homepage.

Headline on said piece at 6am: ‘Eden Hazard earns 7/10 for Chelsea but costly miss causes defeat at Stoke.’

Headline on said piece at 9am: ‘Eden Hazard earns 6/10 for Chelsea but costly miss causes defeat at Stoke.’

Comment on Eden Hazard: ‘Bullied throughout, particularly by Bardsley who was booked for his troubles as early as the 18th minute, but stood firm and stayed on his feet for most of the contest, even lasting the distance. Having been criticised for not competing in previous games this season, Hazard was committed to the cause throughout but failed to convert the crucial penalty, thereby condemning Chelsea to another defeat.’

What the hell happened to ‘bright’?

What a difference a missed penalty makes (again)
According to the back page of The Sun, Jose Mourinho is ‘clinging to his job by a thread’ after ‘the Blues plumbed new depths’. Oh my. They must have really been sh*te.

According to Graeme Bryce’s actual match report, the majority of which will have been written while the game was still in process: ‘Talk about a changed team. Whatever formula Mourinho came up with, his side were unrecognisable from the shambolic, insipid lot who have been masquerading in the Premier League champions clothing recently.

‘They snapped into tackles, ran the hard miles, closed down Stoke all over the park and met fire with fire.’

See what you you did, Eden, see what you did. You changed a fantastic performance into one where you ‘plumbed new depths’. All with a missed penalty.

Fancy pants
From Trevor Sinclair on BBC Radio 5 Live: “I’m not going to say Diego Costa doesn’t fancy it, but he has taken a couple of knocks…”

Exclusive (to a tabloid)
The back page of the Daily Mirror claims an ‘exclusive’ on the news that Carlo Ancelotti is not interested in taking the Chelsea job on a part-time basis. Obviously this is an ‘exclusive’ because it is absolutely nothing like the piece written by the Daily Telegraph’s Matt Law and published at 7.19am on Tuesday which begins:

‘Roman Abramovich would face a major battle to convince Carlo Ancelotti to return to Chelsea, with the Italian expected to reject any part-time SOS call.’

There’ll be sad songs (to make you cry)
Devante Cole’s ‘woe is me’ schtick in the Daily Mail in which he complains that Manchester City do not care about English kids and gave more chances to Hispanic Academy players like Jose Pozo and Marcos Lopes would elicit more sympathy if Pozo had not been sold to a second-flight Spanish side after just 135 minutes of Premier League football and Lopes to Monaco without playing a single Premier League minute. And if Cole had not turned down a new City contract. And if Cheadle-born George Evans had not progressed all the way through the City ranks to make his debut this season.

Other than that…what a terrible tale of woe.

Their last five tweets as of 10.14am on Wednesday:

‘What are Manuel Pellegrini’s priorities this season? Let us know your thoughts, and why, by tweeting us using #SSNHQ.’

‘Is Arsenal’s squad strong enough to compete on all fronts? Let us know your thoughts, and why, using #SSNHQ’

‘On Sky Sports Now today we’re asking whether Chelsea are experiencing a slump, or are they in crisis? Let us know using #SSNHQ’

It’s time for another re-brand. How does ‘Your home of sports questions’, sound? Let us know your thoughts, and why, by tweeting us using #Seriouslyjuststopitwiththef£ckingquestions.

@SkySportsNewsHQ BREAKING? We knew this like two days ago. This is fucking embarrassing!

Money for old ropey managers
A wonderful hat-trick for Harry Redknapp, who has pocketed lovely piles of money to basically say the same thing three times in less than a week.

Redknapp in the Evening Standard: ‘Tony Pulis has done well but he would have never managed in the Premier League if he hadn’t got promoted with a club. That was his only way in.’

Redknapp in the Daily Telegraph: ‘For the vast majority of British managers, the only way to manage at a Premier League club is to get promoted and, even then, it is very difficult to progress further.’

Redknapp on talkSPORT: “How are they ever going to manage at a top level unless they get their team promoted? If you’re managing in the Championship, the only way you’re going to get into the Premier League is if you take your team up.”

Aside from the obvious argument that traditionally, success is an excellent measure of somebody’s suitability to a role, we would like to hear Harry’s ideas about which Championship managers should be handed a Premier League job. Let’s work our way down the Championship table…

Chris Hughton? Sacked by Premier League Norwich last year after taking the Canaries down the path to relegation.

Steve Bruce? Relegated from the Premier League with Hull last season despite spending over £40m on players.

Sean Dyche? Relegated from the Premier League with Burnley last season though, to be fair, he emerged with credit intact. We shall file him under ‘possible’.

Slam of the day
Headline on the Daily Express website: ‘Eddie Howe slams Jurgen Klopp’s arrival at Liverpool before Bournemouth’s trip to Anfield.’

Actual quotes from Eddie ‘Slammin” Howe: “I think it’s difficult for British coaches to get a job at the top clubs and may get harder as time goes by. The more foreign managers who come in and do well the tougher it becomes for British guys. The challenge is for us prove we are good enough.

“The fact another really good football brain has come into this country is good. New ways of playing should be embraced.

“Jurgen is a manager of great reputation who has done magical things in his last job. I’m sure Liverpool will hope he can recreate that.”

Worst headline of the day
‘RVP has a Hooij problem’ – The Sun. He has a ‘hoy’ problem? A problem with his ‘hoys’?

Recommended reading of the day
Matthew Syed on Roman Abramovich. Spend your pennies.

Thanks to today’s Mediawatch spotters Balakrishnan Vijay and David Brown. If you see anything that belongs on this page, mail us at theeditor@football365.com, putting ‘Mediawatch’ in the subject field.