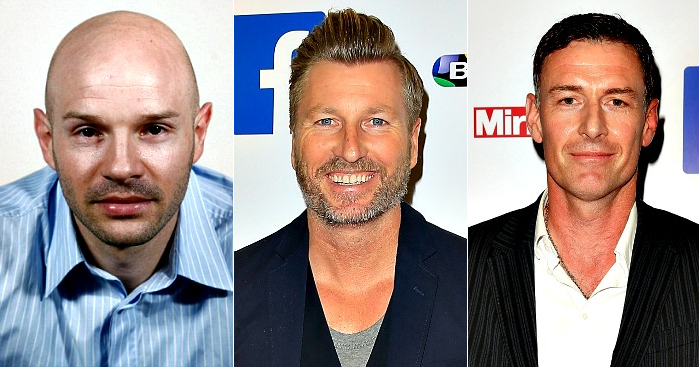 “Is Bob Bradley better qualified than Steve Bruce or Ryan Giggs to get this job? I don’t think so.”

It was certainly a brave opening gambit from Chris Sutton. Speaking to BBC Radio 5 Live‘s Monday Night Club, the pundit made no attempt to hide his exasperation at Bob Bradley being appointed Swansea manager.

“I don’t really get it. Well, I do get it – they’ve got American owners now, haven’t they? That’s essentially why he’s got the job.”

Is Bob Bradley getting the Swansea job because of the club’s American owners really so different to Giggs being linked with it because he’s Welsh? Anyway, please continue, Chris.

“It was the right decision to change Guidolin. I think Swansea, for me, since Guidolin has been appointed have lost their identity, their way of playing, so they’ve been bold. They’ve made their decision early.

“I don’t have a problem with that. But how Bob Bradley gets this job I do not know.”

Let’s see. A management career spanning 19 years and over 500 professional games. Three-and-a-half decades of coaching at various levels. Spells with 11 different clubs and in five different countries. Five successful years in charge of the United States national team, a sequence which includes the 2010 World Cup, where he guided them to finishing above England in the group stages. We could go on.

Thankfully, we have Sutton’s partner in crime, Robbie Savage, for that.

“I’m with Chris on this one. Bob Bradley? What, Le Havre, I think they’ve got a game on Wednesday. I think they’re about 11th in Ligue 2.”

“They missed out on promotion by one goal I think it was last year though, Robbie.”

“Yeah, they missed out.”

“They missed out. Missed out.”

“Here’s the problem: What does he know more about the Premier League than Steve Bruce? Than Ryan Giggs? He clearly doesn’t.

“Ryan Giggs, people will say he’s had no experience, but where did Guardiola start?”

In steps host Mark Chapman, with an effortless riposte.

It clearly leaves Sutton winded, but he manages to plough on regardless.

Chapman knows he has him; it’s like a lion hunting its prey.

“But that’s not being in charge, is it?”

“Well it’s not being in charge, but he’s coping with the likes of Wayne Rooney daily, and, you know, big name players. He can handle Swansea.”

Give it Giggsy until the end of the season. He’s ‘coped with the likes of Wayne Rooney’ – a man he is presumably good friends with, having played with him at Manchester United, as an assistant manager.

Sod the tactics and all that, because Giggs can handle the egos of Leon Britton and Stephen Kingsley.

Oh, but there’s more…
If you thought that was all we had from the Monday Night Club debate, you are sorely mistaken. Because after a few minutes, Danny Mills enters the ring. And he smells blood.

“A lot of people say, ‘Well, Giggs, he’s got no experience, he doesn’t understand’. Where is Giggs going to start?”

“If he drops down into League Two, League One, the Championship, he’s got no experience of that either.”

Well, just make him the bloody Prime Minister then.

“If you need to interview Ryan Giggs for a job at this stage, you should know what Ryan Giggs is about as a player.”

Jesus. We know what Diego Maradona was “about as a player”. He was bloody brilliant, and a damn sight better than Giggs was. That did not make him a good manager, just as it does not necessarily mean the Welshman is the next Sir Alex Ferguson. Swansea’s owners are fools. Interviewing Giggs? Did you not see his goal in the 1999 FA Cup semi-final?

Frankly, Mediawatch has to end here. The podcast is an hour and a half long; we listened to just 13 minutes of it. That was more than enough.

We will conclude with Sutton taking us to the top of the mountain of Proper Football Man punditry: ‘Wot about us poor Brits?’

“Is the fact that a British coach cannot get the Swansea job, is that not a snobbery against British managers?” he asks.

Michael O’Neill will be delighted about the publicity.

When put to him that Bradley must know more about management as a whole than Giggs, Sutton responds:

“I do not buy that whatsoever. He has more experience in management. He’s managed for a long time. Okay. Does he know more about the Premier League than Ryan Giggs?”

Bob Bradley might not be a success at Swansea, but surely he has more chance than Giggs would have (other than in terms of treatment by certain sections of the media). The former has managed in five different countries; the latter has managed four games throughout his professional coaching career. And one of those was a loss to a Gus Poyet-managed Sunderland.

We give up. If you want to listen to the whole thing, a) something is wrong with you, and b) the link is here. It is quite something.

Sutton and sweep
Chris Sutton is seemingly not content with his radio work this week. He is absolutely intent on making it an easier Tuesday for Mediawatch with his thoughts in the Daily Mail.

Tottenham beat Manchester City 2-0 on Sunday. It was an impressive result, but an even better performance. Considering City had not been beaten all season, it was quite the shock.

Thankfully, the Mail assemble Messrs Sutton, Jamie Redknapp and Martin Keown – their ‘THREE WISE MEN’ – to analyse the game. Plenty of it is incisive from all three (wise) men; some of it is not. But one particular part truly tickled Mediawatch.

Sub-headline: ‘What does the result tell us?’

Headline acts
It is international week. Rejoice. But don’t, because it’s bloody terrible. Although it gives us a quite wonderful insight into how the football media copes with such adversity.

So, what are the top football stories as of Tuesday lunchtime? Let’s find out.

‘Photos of former Liverpool ace fighting for his life emerge as Cameroon pay £78,000 for his treatment abroad’ – The Sun.

‘He’s the size of a mascot, but will he grow to become a Celtic star?Meet the 13-year-old wonderkid who played for their U20 team’ – Daily Mail

‘Surprise stat shows Ozil is not doing the job Arsenal are asking of him’ – Metro football.

He has one assist in 16 Premier League games. Of course, only 15 players have completed more key passes. Perhaps his teammates are ‘not doing the job’?

“I try to push myself”. How inspirational.

‘IS 13-YEAR-OLD CELTIC WONDERKID ANOTHER NEW MESSI? 19 PLAYERS WHO WERE MEANT TO FOLLOW THE BARCA STAR’ – Daily Mirror.

‘Gareth Southgate promised to prove he is no soft touch – and immediately laid down his ground rules to Wayne Rooney.’

Wow. And everyone thought Southgate didn’t have it in him. So, what has England’s new interim manager told his captain? What are the new ‘ground rules’?

‘The interim Three Lions boss has warned the Manchester United star that he will decide where he plays in his England line-up and told him he will have to be “disciplined” and show more “responsibility”.

Consider yourself told, Wayne. The manager is going to pick your position. Suppose it’s at least more than the last guy…

Pay-off
The Sun are a little confused, not for the first time. They simply cannot make their minds up.

‘Gary Neville feels axed boss Sam Allardyce did not deserve a £1million pay-off from England,’ reads the first paragraph to a story on their back page from October 4.

It is the first time The Sun have attributed an actual figure to the pay-off. On September 29, Neil Ashton wrote:

‘That’s why Allardyce’s exit had to be hastened with a pay-off.’

Which is weird, because on September 28, the following was proudly pasted all over their back page.

‘Sam Allardyce won on debut, earned £500k and left without a pay-off… all in just 67 days in charge’

Worst headline of the day
‘Villa eye Bruce after Di is cast’ – Do the Daily Express think it is pronounced ‘Roberto die Matteo’?

Recommended reading of the day
Graham Ruthven on Bob Bradley.

Gabriele Marcotti on how Pep Guardiola got it wrong.