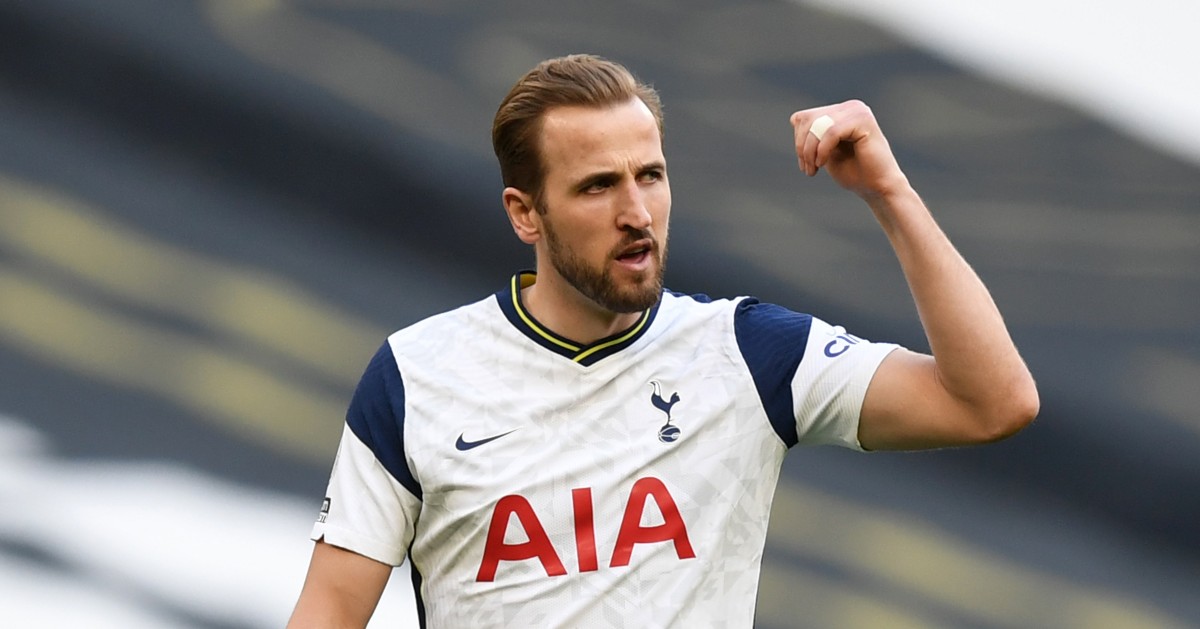 The media campaign to smuggle Harry Kane out of Spurs continues. Brendan Rodgers will take over ‘a squad packed full of quality’ without him.

Brendan butter
Paul Jiggins of The Sun on April 25:

First paragraph: ‘TOTTENHAM are plotting a move to make Brendan Rodgers their manager this summer.’

Charlie Wyett of The Sun on May 1:

First paragraph: ‘SPURS have been frightened off by the potential £70million  cost of landing Brendan Rodgers.’

Rodgers not to Tottenham!

Duncan Wright of The Sun on May 21:

First paragraph: ‘TOTTENHAM are ready to pounce for Brendan Rodgers if Leicester fail to qualify for the Champions League on Sunday.’

No Foxes given
That third article is breathtaking in its attempts to paint Tottenham as considerably superior to Leicester and make Rodgers’ potential choice seem easy.

‘The Northern Irishman has built a squad capable of competing in the Premier League but having won the FA Cup on Saturday, there is a thought he may have taken the Foxes as far as he can.’

‘A thought’ from whom? They finished fifth last season, could yet come third this campaign and are guaranteed to end with more points and goals while winning the FA Cup. It feels like he could probably take them further, particularly when you consider their injury struggles.

‘Several key players, such as Jamie Vardy, 34, and 33-year-old Jonny Evans, are coming towards the end of their top-flight careers and the potential for many in the current side may have peaked.’

The former is their top scorer and leading assist provider; the latter is hardly winding down as a 33-year-old centre-half. But ‘several’ in this case does indeed mean literally those two.

The only other players older than 28 in that side are:

Oh and the average age of Leicester’s squad (27.3) does nothing to suggest ‘the potential for many in the current side may have peaked’ in comparison to Tottenham’s (28). Leicester are many things but a side full of players whose potential has ‘peaked’ is absolutely not one of them; they are pretty much known for the opposite.

‘In contrast, Levy would try to tempt Rodgers with a squad packed full of quality – even if Harry Kane departs – with a large kitty available to build a new era at the Tottenham Stadium.’

Yep. ‘Packed full of quality’ with or without Harry Kane, that side. The defence especially. It’s a wonder they are *checks notes* seven points behind this ageing Leicester side that has been taken as far as it can go.

It is a very easy decision but not in the way Duncan Wright seems to think, even though he almost succeeded in making us forget that Tottenham are suddenly pursuing Rodgers again despite being ‘frightened off’ by that £70m cost fewer than three weeks ago.

Mind you, it’s better than suggesting they spend £150m to bring him in.

Sugar Kane
Sam Wallace seems to disagree with the assertion that Tottenham is the place to be. Just look at some of his recent Daily Telegraph output:

‘Harry Kane’s transfer request was 18 months in the making – and leaves Daniel Levy exposed’ – May 18, when Kane was more ‘in control’ of the situation than the ‘vulnerable’ Tottenham chairman.

‘Daniel Levy’s hardballing style will not work with Harry Kane – this needs a human touch’ – May 19, when it was suggested that ‘a gentleman’s agreement’ was more of a binding contract than the actual six-year contract Kane signed in 2018.

‘Harry Kane has shown he is willing to do whatever it takes to get his move from Spurs’ – May 21, in the aftermath of his interview with Gary Neville.

That ‘proverbial bombshell’, you see, shows that Kane ‘is prepared to push it much further than many imagined’. And it still won’t matter unless Levy agrees to sell a player with more than three years left on his deal.

‘In the end the only sensible path is to be honest, open and reasonable and then wait to see if the other side has the courage to do the same.’

‘Keeping it in-house truly only benefits Levy – signalling that he exerts control over the club and the players in it. Every external story is either considered deniable or simply ignored. But that is not the case with Kane who has now set the agenda and could well do for many weeks to come.’

He can ‘set the agenda’ all he wants. Levy will set the asking price – £120m, perhaps – and he remains in absolute control, whoever Kane wants to talk to over a round of golf.

‘The three years left on his deal may be all the insurance Levy thinks he needs but outside his office window the club is in turmoil. Ryan Mason’s final press conference this week will be Kane, Kane and more Kane. The new manager, should he arrive soon, will also be obliged to give an introductory will-Kane-stay press conference, if indeed he gives one at all.’

Well done for exposing just how incredibly unimaginative and banal football journalism can be. Levy will be positively mortified at another man fielding repetitive questions about another man from other people. Don’t be surprised if he accepts a £10m bid just to stop Ryan Mason telling Kaveh Solhekol that he can’t discuss the situation for the 427th consecutive press conference.

Also, the best way to bring a club out of ‘turmoil’ is definitely to sell its best player.

‘Again, the question arises: where is Levy? The Spurs chairman’s tried-and-tested method of saying nothing simply does not apply in this case. Thus far he has asked a 29-year-old caretaker manager to helm the club’s response to its disastrous Super League participation and now the explicit discontent, and very clear preference to leave, of its best player. If this is not a time for the chairman to say something then when, pray, is the moment?’

Forgive Mediawatch for answering a question with another question, but: how many chairmen have ever openly and publicly discussed the future of one of their club’s players in this sort of situation? It’s hardly a common occurrence.

‘Levy is the only one who can state the case for Spurs and lay out the argument as to why Kane should stay.’

Which he will presumably do in private, much to the chagrin of an industry desperate to play the two sides off against each other.

‘He may feel that saying nothing is his best approach to negotiations with a player in his prime with three years on his existing deal. But step back and the picture is much bigger: this is Kane, the symbol of modern Spurs who can control the mood of the club with every word he says.’

Do you genuinely believe that Levy is going to give Kane the silent treatment until summer 2023 before suddenly trying to extend his deal? Negotiations and talks will take place, just not in daily individual press conferences.

‘The nightmare scenario for Levy is that Kane carries on all summer, which would be the most effective approach for a player of his status who has now put the question of his future in the public sphere. Imagine if Kane were to talk about it every time he was asked on England duty and did so with the same affable rationale that he approached his chat with Neville. Why not?’

The ‘nightmare scenario’ for Levy is selling his best player at, in Wallace’s own words, a time of ‘turmoil’. Kane could talk about his future in every interview on England duty – he could tell Oprah sodding Winfrey about his burning desire to win trophies – and it would not change the fact that he is not in control here.

So as easy as it is to pretend that ‘every time he talks, it deals another blow to Levy’s capacity to keep Spurs, its players and potential new manager, on the same page,’ the truth is that every time he talks it reminds us all that he has more than three years left on his contract and there are not a great deal of suitors prepared to pay nine-figure sums for players during a global pandemic.

Trivial pursuit
Matt Barlow of the Daily Mail is not about to miss out on the campaign to get Kane his move.

‘Kane’s brilliance has been chiefly responsible for lifting the club above their usual station. He has given everything and in an honourable fashion. Levy might win respect by letting him go for the right price (say, £100 million) and yet his skin is too thick to care about such trivialities.’

Silly Daniel Levy, caring not for ‘such trivialities’ as letting by far his best player leave for a reduced fee despite being in a position of strength.

‘Expect him to dig in and resist in the hope Kane will still be in a Tottenham shirt next season and he can pass that off as success.’

Because it would be? Particularly in the face of the media’s attempts to sell Kane themselves, persuading him to stay would be an achievement in itself.

Recommended reading of the day
Will Unwin on Sergio Aguero

Peter Rutzler and Tom Worville on Leeds being ridiculous.