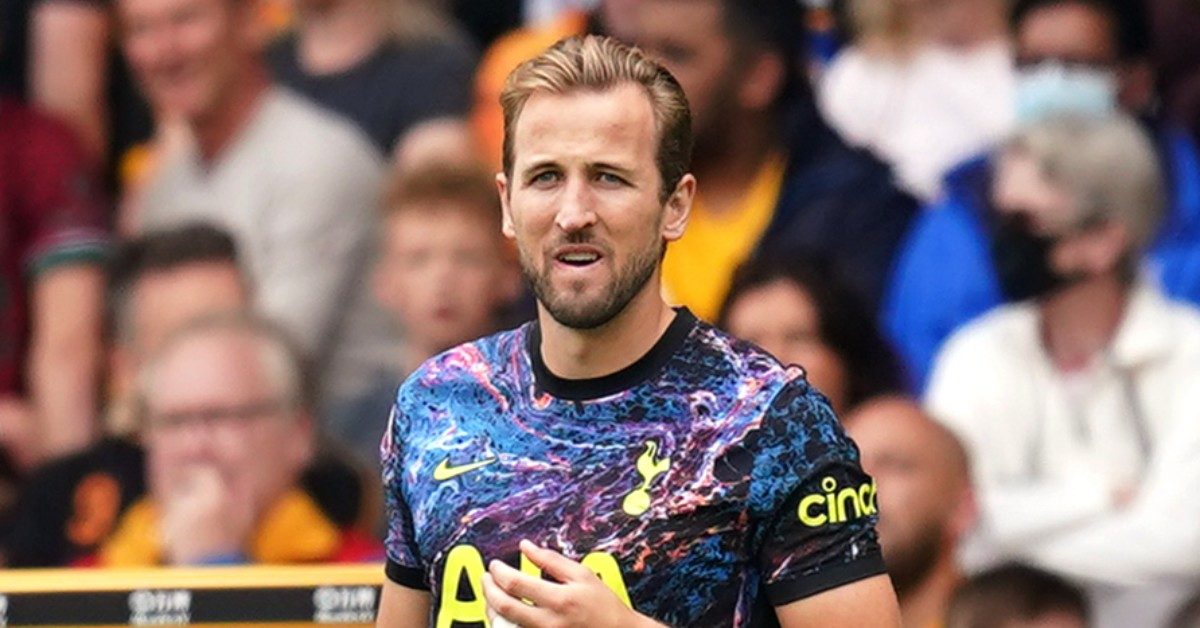 Harry Kane is mentioned in the match reports for not one, not two but three games as The Sun continue their desperate drive to shift him on.

Blackburn over
Martin Blackburn was sent to watch Manchester City thrash Norwich and so obviously begins his match report thus:

‘If Harry Kane does join Manchester City in the next eight days then someone will have to make way.

‘The England captain is going to cost north of £125million if a deal can be struck – so a big star must leave the Etihad to balance the books.’

A Tottenham player is absolutely the lead story here.

It is now 31 days since The Sun exclusively reported on their front page that Kane was ‘set to’ join Manchester City for £160m. That is technically ‘north of £125m’ but it is a real weird way of putting it.

Stranger still is that Blackburn himself wrote on July 23 that Kane ‘is poised for a British record £160million move if Daniel Levy rubber-stamps the deal’. It seems unlikely considering the bid that Manchester City absolutely definitely lodged has apparently gone down by £35m or so in the space of a month.

Hurry Kane
Blackburn and his Sun colleague Charlie Wyett went into the weekend with the same general idea: whatever happens, lead on Kane.

It matters not that he played 18 minutes because he is the story and that is that. Wyett does not even try to hide it:

‘Raul Jimenez received a wonderful reception from the crowd in his first competitive game at Molineux since fracturing his skull against Arsenal nine months ago.

‘Yet this game was always going to be about another striker…’

He does not mean Dane Scarlett. And sorry, Raul Jimenez, but sod your first game in front of home fans since suffering a life-threatening head injury. Try and move to Manchester City for £125m/£160m and then we’ll talk.

Apologies are also due to Dele Alli. Wyett first mentions the scorer of the only goal of the game by name in the 15th of his 27 paragraphs and only three more times thereafter.

What will they write about when the transfer window is shut?

Take it away, John Curtis:

‘If Tottenham’s game of poker with Harry Kane plays out with a move to Manchester City, then are they going to get a more Premier League-ready striker than Ings?’

Mediawatch has a better question: has anyone or anything ever been more unashamedly desperate for something to happen than the nation’s best-selling newspaper is for Kane to go to Manchester City?

‘He then disappeared down the tunnel on his own, while Spurs supremo Daniel Levy, the man who continues to block his move to City, looked on.’

Someone let David Anderson of the Daily Mirror know that the only entity that ‘continues to block’ Harry Kane’s move to Manchester City is Manchester City by not meeting the oft-publicised valuation.

Congratulations to him, mind: he takes just eight paragraphs to mention who scored Tottenham’s goal. That is progress.

Mediawatch is frankly stunned that Mikel Arteta didn’t call the supporters ungrateful d**kheads for booing twice during their insipid defeat to a major rival. How ‘bizarre’ of him to praise them for being supportive at pretty much every juncture other than half-time and full-time, when most fans tend to express their displeasure at the result.

‘Mikel Arteta claims the fans are right behind him – despite Arsenal being booed off twice’ – Andrew Dillon, The Sun.

‘Mikel Arteta claims the fans are behind him even though he and his Arsenal players were booed off at half-time and full-time at the Emirates’ – Darren Lewis, Daily Mirror.

Mediawatch is absolutely aghast that Mikel Arteta did not admit the supporters want him to leave.

Of course, at no stage did he ‘claim the fans are behind him’ in particular. What he did say was that:

“I must thank the fans with how they were with the team, even in the second half when things were looking difficult. They tried to give the players a push and a boost. At 2-0 down no-one is going to be happy but in the second half we showed a different reaction. You cannot ask fans to be patient, they want to see the team winning, that is the way it should be.”

That, according to the sub-headline on The Sun’s back page, makes him ‘deluded’, while the Daily Mail say he is ‘in denial’.

Did anyone read the actual quotes?

Too many Crooks
Shall we finish with some Garth?

‘Brighton have won both their opening fixtures and look a side who are improving in their second season under Graham Potter, who has become an expert at saying very little.’

Let’s hope he tells us enough to say this is his third season.

On the impressive Yves Bissouma

‘I’ve had my eye on him for some time now and with every touch of the ball he seems to get better. I dare say he might have made my team of the week on more occasions had he been playing for a more fashionable side.’

Not sure that’s how a team of the week should work.

‘Have Liverpool lost their mind? They have allowed Georginio Wijnaldum to leave Anfield and surely they can’t be contemplating the same thing happening with Henderson.’

But best of all…

‘Everyone seemed to accept that Gabriel Jesus was man of the match and I am inclined to agree. However, I cannot accept a coach, however good he might be, playing a world-class striker on the right of a three-man attack providing assists when he is perfectly capable of scoring goals himself.’

Pep Guardiola will be devastated to learn that someone ‘cannot accept’ his deployment of a tactic that secured a 5-0 victory.

‘If Jesus knows what’s good for him he should tell City to either buy Harry Kane and let me play alongside him so we can forge a partnership – or make me your main man. Short of that, I’m off.’

If Jesus knows what’s good for him he will not appoint Garth Crooks as his agent. Particularly as Guardiola himself said at the weekend that he “is a player who likes to play wider than central positions,” having done so many times for Brazil.

But the idea that he might burst into the offices of some high-powered Manchester City executives and demand anything at all is excellent, never mind that he would do so to insist they sign Harry Kane or he leaves. That doesn’t feel like the wisest move for a forward who wants to keep playing.